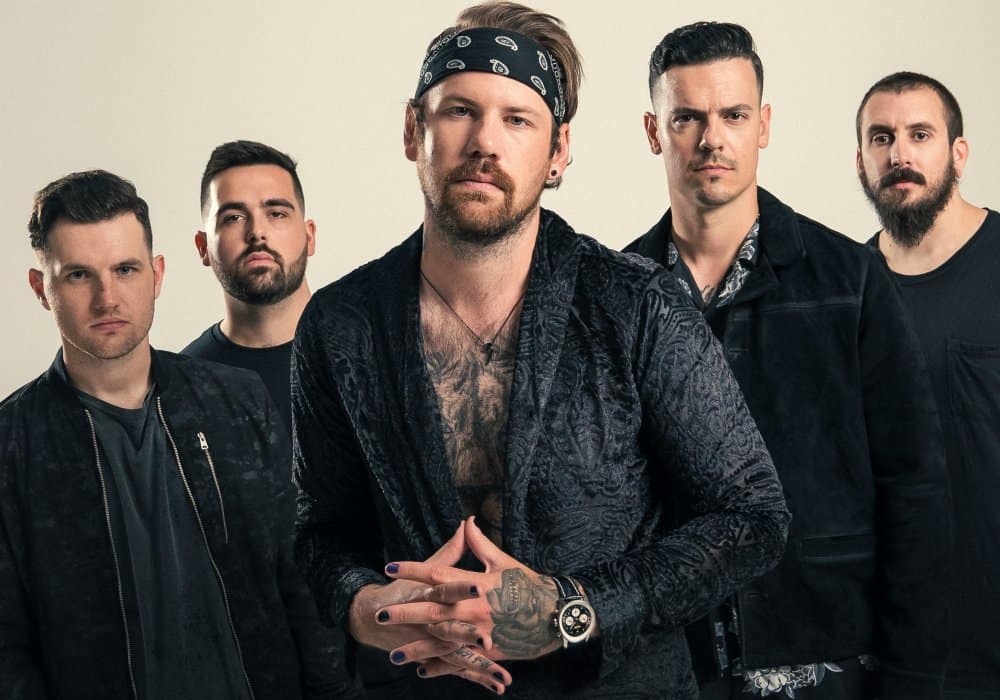 Columbus, Ohio-based rock band BEARTOOTH has just announced the U.S. headline “Below” tour taking place this summer. The trek kicks off on August 14 in Las Vegas and winds through the country before wrapping in Grand Rapids, Michigan on September 25. All confirmed dates are below, including several festivals at which the band will appear.

Tickets go on sale to the general public on Friday, May 7 at 10 a.m. local time.

“Everyone has been waiting for so long to get back on tour — fans, bands, crews, the list goes on,” says singer Caleb Shomo. “It’s been a brutal year, to say the least. But there’s finally some hope for rock on the horizon. I truly can’t put into words how excited I am to get back out there and give all I have every night. This will be one of the most intense and emotional tours of my life and I can’t wait to experience it with all of you.”

BEARTOOTH will drop its fourth studio album, “Below”, on June 25 via Red Bull Records.

BEARTOOTH thrilled its legion of faithful fans in late March with a blistering one-two punch. First, they surprise-dropped “Devastation”. The band quickly followed with the video for “The Past Is Dead”. The clip finds the band in performance mode, which is its most natural state. The members are surrounded by a stunning display of pyrotechnics and an otherworldly demon named “Barry,” who has been dubbed the official mascot for the album cycle and can be spotted in the album cover art pictured below. The band also recently shared their latest single, the hyperkinetic new track “Hell Of It”.

Last July, Shomo told “Mosh Talks With Beez” about the writing and recording sessions for “Below”: “I worked on a lot of this album on the road — a whole lot of this record. We honestly could not have been luckier with the way our record cycle laid out.

“The ‘Disease’ tour in Europe was our last tour of the cycle, and that finished on March 6th, I believe. And then the next week, everything got shut down. So we already planned to kind of take most of this year off. We planned on not taking it all off, like we’re probably gonna have to.

“I’d already worked on a ton of the record, just writing out on the road; I brought a studio rig out there. And that was great.

“When it first started, the whole lockdown thing, I just kind of emotionally shut down for a month,” he continued. “But then I just kind of caught a second wind, and I’ve just been ripping through songs. It’s pretty cool.”

Asked if the BEARTOOTH songwriting “formula” is still present in the band’s new material, Caleb said: “I think that something about the BEARTOOTH sound is sort of that formula. BEARTOOTH has a song structure — it’s the classic pop structure of intro, verse, chorus, verse, chorus, bridge, chorus, out. But with this one, I’ve just been trying to amp up everything. ‘Cause with the last record, I really wanted to go for that super-raw, live-rock-and-roll-in-the-old-school-studio and old-school-console sound, and it was rad, and I loved doing it. And it was proving to myself that I can make a real record without computers — well, [without] heavily relying on computers. But I don’t know… I just kind of realized, like, you know what? That’s what I learned as a producer. I came up in the era of mixing in the box and recording in the box, which means using plug-ins and emulations and things like that. I’ve just been kind of using that to try and push it a little further. The formula is still there, but I don’t think it’s in a bad way. I think it’s the formula people want from a BEARTOOTH record.

“This one is just jacked,” he explained. “Everything is amped up to 11. I am so, so pumped. Obviously, this is what you wanna think when you’re making a record, but damn, this is the best one yet. Not even close. This is the heaviest record. This is my best work — the most proud I’ve been of these songs. It’s wild. It’s some heavy-duty shit.”

Speaking about the musical direction of the new BEARTOOTH songs, Shomo said: “The easiest way I’ve been trying to explain this record to people without giving too much away is if ‘Disease’ was AC/DC, this record is BLACK SABBATH. It’s a lot more influenced in dark stoner rock, heavy power groove. Obviously, there’s still a lot of fast [stuff] and some punk rock and all that, but I’ve really been exploring with the stoner metal side of guitars and guitar tones and doing different tunings and lots of fuzz and chaos and layering the fuck out of my guitar tracks.

“The whole point, for me, of this mix and the sonics of this record is as big and loud and fucking sonically devastating as I can possibly get it,” he said. “So on a breakdown, for example, where on ‘Disease’ it would just be left guitar, right guitar, bass down the middle, this is literally… That little clip I posted [on Instagram ] is I think eight guitars, three bass tracks. Just experimenting — just doing dumb stoner shit and just trying my fucking best. Yeah, that’s the goal — is just sonic devastation, for sure.”

BEARTOOTH‘s latest release was the folk- and country music-inspired “The Blackbird Session” EP, which came out in September 2019. 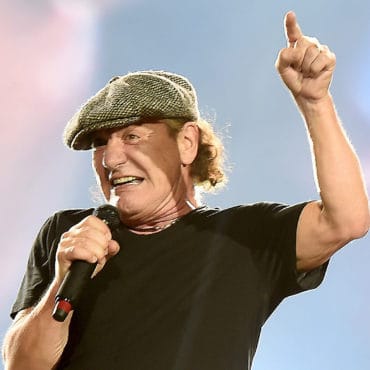 AC/DC frontman Brian Johnson joined FOO FIGHTERS on stage during Sunday night's (May 2) filming of Global Citizen's "Vax Live: The Concert To Reunite The World" at SoFi Stadium in Inglewood, California to perform the AC/DC classic "Back In Black". Fan-filmed video footage of his appearance can be seen below. "Vax Live: The Concert To Reunite The World" will air on Saturday, May 8, 2021 on ABC, ABC News Live, CBS, YouTube, iHeartMedia broadcast radio stations and the iHeartRadio app, "Vax Live" will start at 8:00 p.m. ET/7:00 p.m. CT. The concert […]