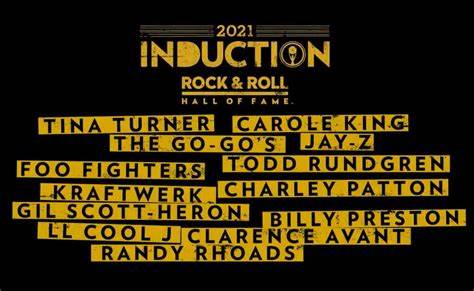 FOO FIGHTERS, THE GO-GO'S, Jay-Z, Carole King, Todd Rundgren and Tina Turner will be inducted into the Rock And Roll Hall Of Fame this year. Additionally, LL Cool J, Billy Preston and Randy Rhoads will receive the Musical Excellence Award. KRAFTWERK, Gil Scott Heron and Charley Patton will get the Early Influence Award, and Sussex Records founder Clarence Avant will be given the Ahmet Ertegun Award. The induction ceremony will be held at Cleveland, Ohio's Rocket Mortgage FieldHouse on October 30. It will be broadcast on HBO Max and streamed on HBO Max at a later […]