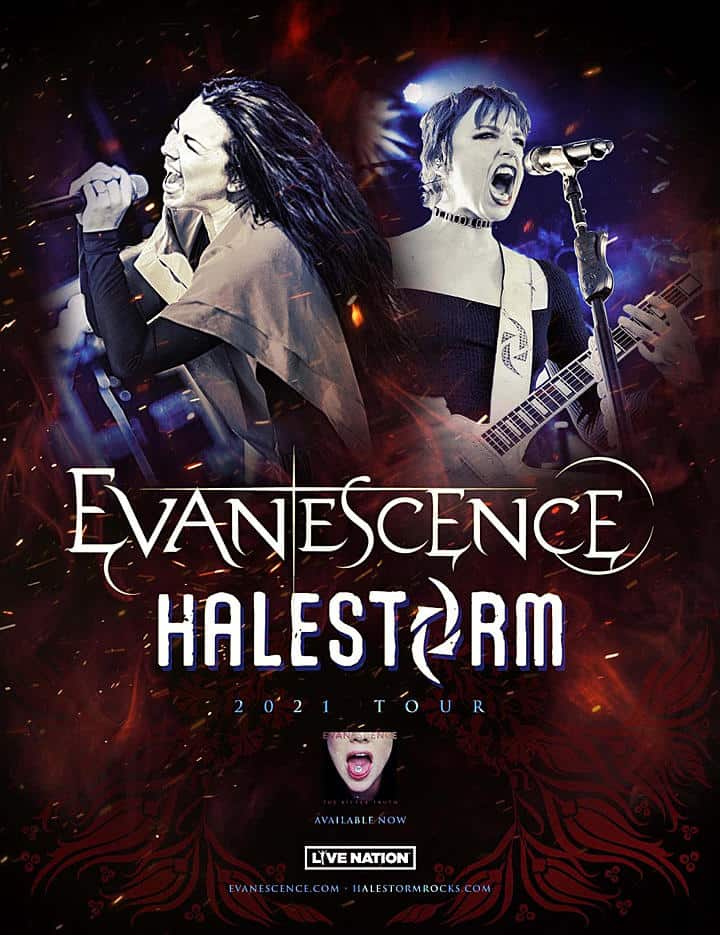 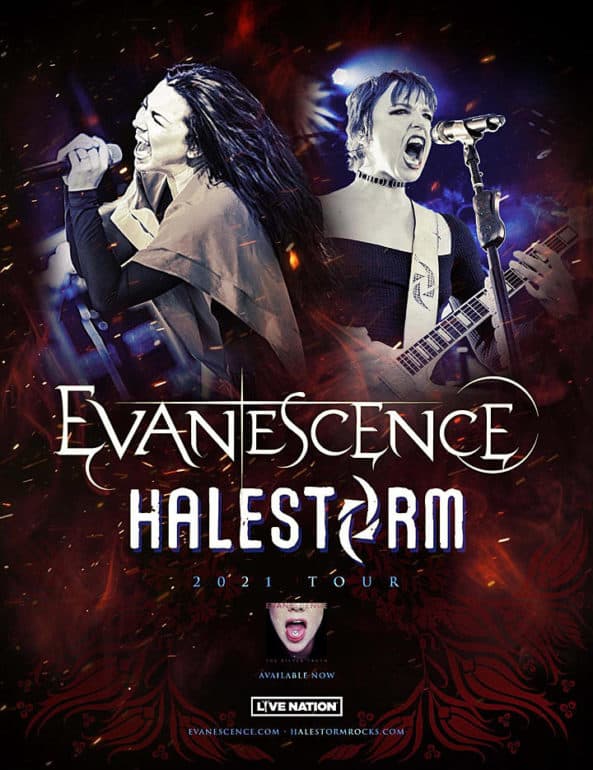 EVANESCENCE and HALESTORM are currently preparing to kick off one of the biggest arena tours of the year and have just added additional dates in Denver, Tampa, Nashville, and Minneapolis. The trek, which kicks off November 5 in Portland, Oregon, is slated to be one of the biggest female-fronted tours in years.

The four new dates will go on sale this Friday, September 10 at 10 a.m. local time at evanescence.com and halestormrocks.com. Limited VIP packages will be available for purchase that include premium seating, access to attend EVANESCENCE‘s soundcheck followed by a moderated question-and-answer session with the band, exclusive merchandise items, and more.

The tour was recently featured on the cover of Pollstar, where Amy Lee and Lzzy Hale talked about the selling power of women in rock, their connection, and their plans for playing to fans live for the first time since COVID-19 hit.

Earlier in 2021, EVANESCENCE released “The Bitter Truth”, its first album in 10 years, which the Los Angeles Times called their “fiercest songs to date.” Current single “Better Without You” is EVANESCENCE‘s first Top 10 Rock Radio track in ten years, and previous single “Use My Voice” is currently nominated for “Best Rock” at the MTV Video Music Awards. It’s the second year in a row that EVANESCENCE has scored a “Best Rock” nomination, as well as the second year in a row that they are the sole female-fronted act nominated in the category.

Last month, HALESTORM released “Back From The Dead”, its first new music since 2018’s “Vicious”. Called a “biting but cathartic howler” by Rolling Stone, the song quickly achieved the most first week streams to date for the band and debuted at No. 5 on Billboard‘s “Hard Rock Digital Song Sales.” “‘Back From The Dead’ is pure, full-throttle hard-rock — with a mandate-from-the-gods riff, wall-shaking drums and a climactic electric guitar solo from Joe Hottinger,” praised Guitar World. The video for the song surpassed a million views a week after its premiere. 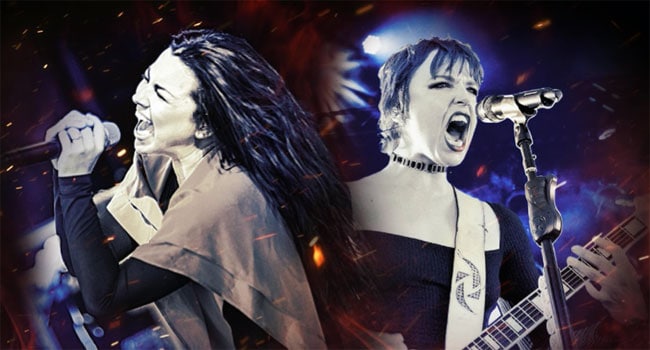 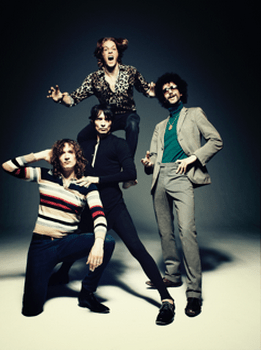 British rockers THE DARKNESS have released the official lyric video for a new song called "Nobody Can See Me Cry". The track is taken from the band's upcoming album, "Motorheart", which is due on November 19 via Cooking Vinyl. "Motorheart" is a record of immeasurable rock and roll extravagance, and yet another masterpiece from England's favorite rock icons. It will be made available in a wide variety of formats, including standard and deluxe versions, both […]