FIVE FINGER DEATH PUNCH To Begin Recording New Album; ‘The Way Of The Fist’ LP To Be Re-Recorded For 15th Anniversary

FIVE FINGER DEATH PUNCH will enter the Hideout Recording Studio in Las Vegas, Nevada in June to begin recording its new album for a 2022 release. Helming the effort once again will be Kevin Churko, the Canadian record producer/engineer and songwriter who has previously worked with OZZY OSBOURNE, DISTURBED, IN THIS MOMENT and HELLYEAH, among others.

In addition, FIVE FINGER DEATH PUNCH is planning to re-record its debut album, 2007’s “The Way Of The Fist”, later this summer for its 15th anniversary. FIVE FINGER DEATH PUNCH guitarist Zoltan Bathory explained the decision to rework the LP in a social media post earlier today. He wrote: “It was a truly self produced DIY album, mostly recorded in my living room, so we thought it would be really interesting to hear it with a proper big production”.

FIVE FINGER DEATH PUNCH‘s upcoming album will be the band’s first with its latest addition, renowned British virtuoso Andy James, who replaced Jason Hook last year. James was previously featured on “Broken World”, a song that was included on the second installment of FIVE FINGER DEATH PUNCH‘s greatest-hits collection, “A Decade Of Destruction – Volume 2”, which came out last fall.

The band has had two dozen songs hit the Top 10 on the Mainstream Rock or Hard Rock Digital charts, starting with “The Bleeding”, which originally appeared on “The Way Of The Fist”. FIVE FINGER DEATH PUNCH‘s 2010 cover of BAD COMPANY‘s “Bad Company” was certified platinum for accumulating a million certified units.

We are a week or so away from the Corsa Rally shenanigans ??? big shoutout to 811 Design, Warrior Wraps, Exotic Racing, WC Motoring and Ferrari Las Vegas for getting the car ready

Right after the Rally, we are heading to the studio to begin recording our new album (due in 2022) – and later this summer we are also planning to re-record our 1st album – The Way Of The Fist – (which turns 15 years old next year) It was a truly self produced DIY album, mostly recorded in my living room, so we thought it would be really interesting to hear it with a proper big production?

Whaddaya’ think? The Bleeding, Ashes, Salvation, The Way Of The Fist ? 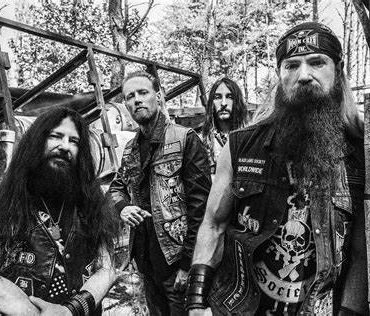 BLACK LABEL SOCIETY Is ‘Wrapping Up’ Work On New Album

BLACK LABEL SOCIETY leader Zakk Wylde spoke to Terrie Carr of the Morristown, New Jersey radio station 105.5 WDHA about the progress of the recording sessions for the band's follow-up to "Grimmest Hits", which was released in January 2018 via Entertainment One (eOne). He said said (as transcribed by BLABBERMOUTH.NET): "We're actually wrapping it up right now. We're gonna master it on the 10th [of June], and then I think we're talking about putting it out in November. We're doing Sturgis [motorcycle rally] […]