FOO FIGHTERS have been added to the list of artists who will perform at the 64th annual Grammy Awards.

Once again hosted by Trevor Noah, the ceremony will be broadcast live from the MGM Grand Garden Arena in Las Vegas on Sunday, April 3 at 8 p.m. ET/5 p.m. PT on CBS and will be available to stream live and on demand on Paramount+. 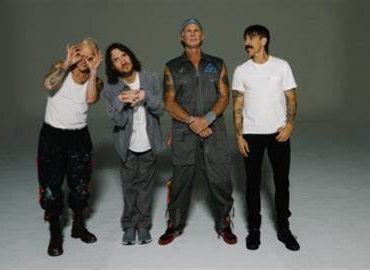 RED HOT CHILI PEPPERS will be honored with a star on the Hollywood Walk Of Fame later this month. The ceremony will be held on Thursday, March 31 at 11:30 a.m. PT at 6212 Hollywood Boulevard, adjacent to Amoeba Records. The CHILI PEPPERS star will be unveiled by George Clinton, who produced the band's 1985 record "Freaky Styley", alongside Woody Harrelson, Bob Forrest and Hollywood Chamber Of Commerce chairwoman Nicole Mihalka. Hollywood Walk Of Fame producer Ana Martinez said in a statement: "Our hometown Hollywood […]