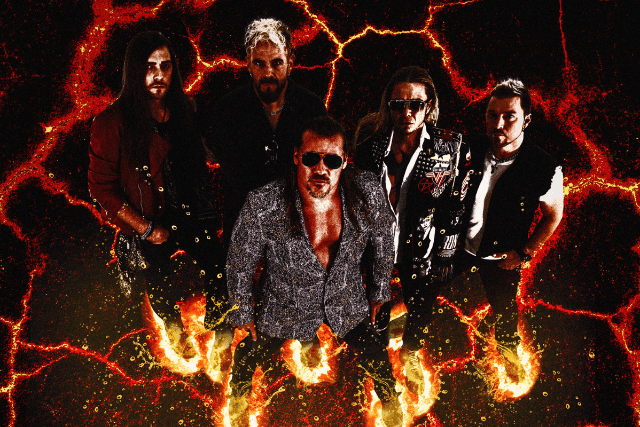 FOZZY has released a new single, “I Still Burn”. The song is taken from the band’s upcoming album, “Boombox”, which is due on April 15.

FOZZY frontman and wrestling superstar Chris Jericho comments: “‘I Still Burn’ is the story of the dreams, the passion and the fire that lie within all of us to be the absolute best we can be…and to do WHATEVER it takes to achieve the goals that make our dreams come true! The sacrifices, the losses, and the triumphs that we have all experienced make up the lyrical DNA of this song. #IStillBurn is FOZZY‘s mission statement, our life’s work and our destiny…and we are so proud to share this message of victory with our FOZZY family!! Plus, Rich‘s [Ward] guitar solo fuckin rules!!!”

Ward adds: “My entire career has been about pushing to the summit of the climb, never satisfied with boiling water with the Sherpas at Base Camp 2. I’ve been touring and making records for three decades, and I remain as passionate as ever. ‘I Still Burn’ is the story of the fire that fuels that passion. This is our story!”

“Boombox”, which includes the top 10 singles “Nowhere To Run” and “Sane”, was once again produced by Johnny Andrews.

Jericho previously stated about the LP: “‘Judas’…both the album & the song…was a HUGE breakthrough for FOZZY. It took us to the next level and positioned us as legit players at rock radio and as a live draw. As a result, we knew that we had to follow up with the album of a lifetime… ‘Boombox’ is that album!! You’ve already heard the top ten singles ‘Nowhere To Run’ and ‘Sane’ — kick-ass, hooky songs that set the tone for this record. But it’s ‘I Still Burn’, ‘Army Of One’ and ‘Relax’ that, in my opinion, are going to take this album and this band even further up the rock ‘n’ roll ladder.

“I firmly believe this is the third best album of our entire career!! (Of course I think it’s our best… but I always wanted to hear a band say that.) So crank the volume and hold the ‘Boombox’ up to your earholes!! It’s gonna be a wild ride.”

FOZZY recently announced the “Save The World” 2022 U.S. tour. The trek, featuring special guests GFM, KRASHKARMA and THE NOCTURNAL AFFAIR, will start on March 31 in Detroit, Michigan and wrap on May 16 in Sauget, Illinois. Additionally, to celebrate the arrival of “Boombox”, FOZZY will play an album-release party on April 11 at Irving Plaza in New York City, where fans will be able to purchase and listen to the full album exclusively in advance of the release.

FOZZY debuted a brand new song, “Purifier”, during its September 18 concert in Flint, Michigan and has been performing it live ever since. Back in July, FOZZY played another new song, “The Vulture Club”, during its concert in Iowa City, Iowa. The band also performed its latest single, “Sane”, live for the first time.

In May, FOZZY dropped a video for its first new song in two years, the aforementioned “Sane”, which hit one million views in its first two weeks. This first-of-its-kind video was filmed on the longest wooden roller coaster on the planet today.

In the summer of 2020, Chris revealed that FOZZY‘s next LP would contain 12 songs, including a cover of FRANKIE GOES TO HOLLYWOOD‘s “Relax”.

Ward and Andrews once again did “the lion’s share” of the songwriting for the new LP, which was recorded primarily in Atlanta, Georgia.

This past January, FOZZY parted ways with longtime drummer Frank Fontsere and replaced him with Grant Brooks (THROUGH FIRE).

Fontsere was a founding member of FOZZY, having formed the group in 1999 with Jericho and Ward.

When FOZZY announced Fontsere‘s departure, the band said that he was “stepping down to focus on his family and other projects.” 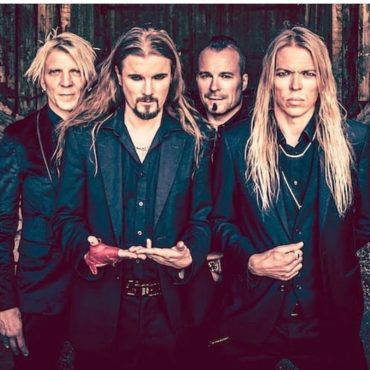 Finnish cello rock quartet APOCALYPTICA has once again partnered up with some of the biggest names in rock music to deliver their new single "I'll Get Through It". The song, written for the band by American award-winning songwriter Diane Warren, features Franky Perez — guest vocalist in APOCALYPTICA's 2015 record "Shadowmaker" — as well as Geezer Butler of BLACK SABBATH on bass guitar. The track can be found on all digital streaming platforms. The song was born out of a visit Geezer and Franky paid to their […]