More than one million votes have already been cast since voting began. Now through April 29, fans can vote every day through the Hall Of Fame‘s web site. The top five artists, as selected by the public, will comprise a “fans’ ballot” that will be tallied along with the other ballots to select the 2022 inductees.

To be eligible for this year’s ballot, each nominee’s first single or album had to have been released in 1996 or earlier.

According to the Hall Of Fame, the JUDAS PRIEST members that would get inducted would include current members Rob Halford (vocals), Ian Hill (bass), Glenn Tipton (guitar) and Scott Travis (drums), along with former members K.K. Downing (guitar), Les Binks (drums) and late drummer Dave Holland.

JUDAS PRIEST was previously on the ballot for Rock Hall induction in 2020, but failed to receive enough votes to make that year’s class.

Having been eligible for induction since 1999, PRIEST was also on the ballot for the 2018 class of the Rock And Roll Hall Of Fame, but was ultimately left out of the inductee list.

“So, am I bothered if we ever get in? Not really. But I think we do deserve to be in there. Because I look at the list of people that are in there, and I feel that we have a place. And it would not only be for JUDAS PRIEST — it would be for British music, particularly British heavy metal music, and that’s a beautiful achievement. [BLACK] SABBATH are in there, which is great. But I’ve always said that as far as what the Rock And Roll Hall Of Fame represents, the genre of heavy metal music hasn’t really been looked after enough and respected enough.

“So, I’d like to feel that eventually we will get in.”

Even though artists are eligible for the Rock And Roll Hall Of Fame 25 years after the release of their first album or single, iconic hard rock and metal bands like PRIEST, IRON MAIDEN and MOTÖRHEAD have yet to be recognized by the institution, which inducted GUNS N’ ROSES in that group’s first year of eligibility.

After the 2020 Rock Hall inductees were announced in January of that year, JUDAS PRIEST guitarist Richie Faulkner said that it made no sense that DEPECHE MODE, Whitney Houston, NINE INCH NAILS and Biggie Smalls were going into the Rock Hall before PRIEST. “Hence why the Rock Hall holds no credibility for me and never has,” he tweeted. 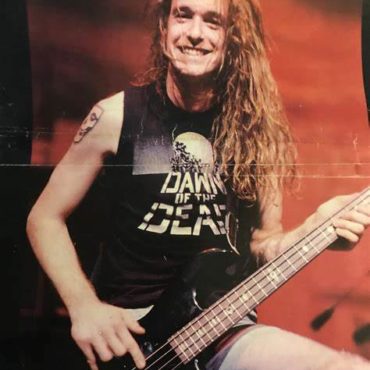 The life of late METALLICA bassist Cliff Burton will be celebrated with "Cliff Burton Day" on what would have been his 60th birthday, February 10, at YouTube.com/GOMEZGRIP. A special live stream is scheduled for that day at 7 p.m. PST. The event will be emceed by Nicholas Gomez, with guests including Big Mick, Metal Joe, Gary Holt (EXODUS, SLAYER), Dan Riley, Brian Lew, Dean Delray, Brian Slagel, Charlie Benante (ANTHRAX), Mike Bordin (FAITH NO MORE), Canada Dave and Connie Burton. Cliff was asked to join METALLICA in 1982 after the band saw him perform […]