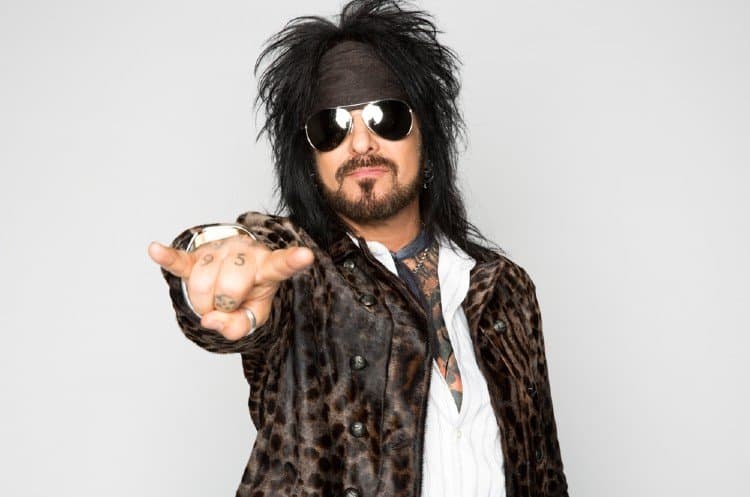 Says Nikki: “We will be releasing unique and collectable items multiple times a year, so look out for some cool stuff on the way.”

Currently available for pre-order are three t-shirts, a logo zip hoodie, logo sweatpants and a pocket knife. All items are expected to begin shipping in late August 2021.

Sixx‘s new book, “The First 21: How I Became Nikki Sixx”, will be released on October 19 via Hachette Books. It will be available in hardcover, eBook and an audio edition by Hachette Audio.

Sixx‘s real name is Frank Carlton Serafina Feranna. He was born in San Jose and raised by his mother and grandparents after his father left the family.

After moving around several times, he struck out for Los Angeles on his own at the age of 17, first joining the band London before forming MÖTLEY CRÜE in 1981 with drummer Tommy Lee.

The band released its debut album, “Too Fast For Love”, in 1982, and scored its commercial breakthrough in 1983 with “Shout at the Devil”.

Despite other hit albums such as “Girls, Girls, Girls” and “Dr. Feelgood”, the CRÜE went through a period of uncertainty in the ’90s, with both singer Vince Neil and Lee leaving the group at different times.

The original band reunited in 2004 for a hugely successful world tour, at which point Sixx officially declared himself sober.

His darkest drug period was chronicled in a 2007 memoir, “The Heroin Diaries: A Year in the Life of a Shattered Rock Star”, and the accompanying album by his side project SIXX: A.M.

Sixx had the No. 1 nationally syndicated rock radio show “Sixx Sense With Nikki Sixx” on iHeart Media for seven years. In March 2019, Sixx premiered CRÜE‘s hit Netflix biopic “The Dirt”, based on the band’s 2001 autobiography.

Sixx has been a longtime advocate for expanding the support services for people in recovery from substance use disorder (SUD). He has given testimony on Capitol Hill, made frequent media appearances to discuss his experiences, and authored op-eds on the subject in major publications.

I am excited to announce #sixxonsixx, my first direct to fan merch line.
We will be releasing unique and collectable items multiple times a year, so look out for some cool stuff on the way.
??: Nikkisixxofficial.com 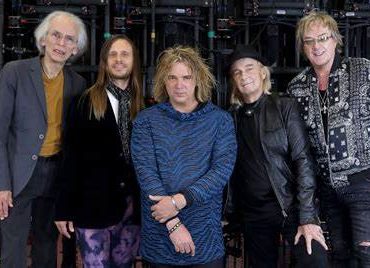 YES To Release ‘The Quest’ Album In October

YES — consisting of Steve Howe, Alan White, Geoff Downes, Jon Davison and Billy Sherwood — will release its new studio album, "The Quest", on October 1 via InsideOut Music/Sony Music. Containing 11 songs — eight on the main CD with three extra tracks on a bonus CD — "The Quest" will be available on vinyl and 5.1 Blu-ray and CD, all on the day of release. "It is simply an honor for me to have the opportunity to bring together the […]