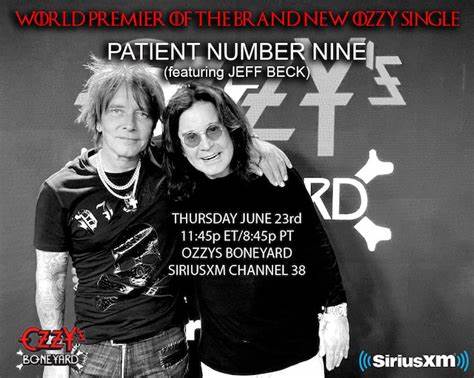 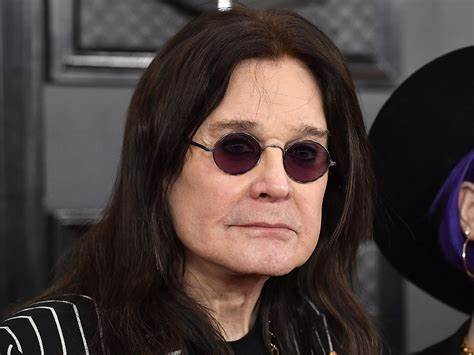 Ozzy Osbourne will release a new solo single, “Patient Number 9”, on Friday, June 24. A teaser for the track, which features a guest appearance by legendary guitarist Jeff Beck, is available below.

“Patient Number 9” will receive its world premiere on Thursday (June 23) on “Ozzy Speaks” on SiriusXM channel 38 Ozzy’s Boneyard at 11:45 p.m. ET / 8:45 p.m. PT. Ozzy and Billy Morrison will play the new track and talk about the making of the song.

The legendary BLACK SABBATH frontman shared the news of the upcoming single in a social media post earlier today. Along with the 20-second clip, he included the message “new music coming Friday” and added the hashtag #PatientNumber9. Legendary artist and comic book creator Todd McFarlane is also tagged in the post, suggesting that McFarlane animated the song’s accompanying music video.

Last year, Ozzy told SiriusXM that the lyrics for “Patient Number 9”, which he co-wrote with producer Andrew Watt, were inspired by his relationship with his wife and manager, Sharon.

“Patient Number 9” is expected to appear on Ozzy‘s upcoming studio album, tentatively due in September. The effort will include an appearance by RED HOT CHILI PEPPERS drummer Chad Smith, who also played on Ozzy‘s last studio album, 2020’s “Ordinary Man”.
This past March, Smith revealed during an appearance on the “Talk Is Jericho” podcast that the new Ozzy album would be mastered the following day.

“We’ve got Robert Trujillo [METALLICA] playing on some songs, who’s been in Ozzy‘s band,” he said. “Duff‘s [McKagan, GUNS N’ ROSES bassist] on a couple again. Me and [producer/guitarist] Andrew [Watt] are doing it.”

Chad went on to say that “the English royalty of guitar players” has been recruited to guest on Osbourne‘s new album. “Tony Iommi and Ozzy have never collaborated outside of BLACK SABBATH,” he said. “Tony sent us a bunch of riffs and we took what we thought was the best of ’em, which was fucking great. So Andy‘s on the bass doing fucking great — the bass on the song is amazing. And Tony sent us the riffs — files; he’s in England — and we played to it. It’s fucking got everything. It’s got all the stuff that you would want. Ozzy loves it. And so he’s on that track. Then Eric Clapton plays a fucking wah-wah CREAM-type solo. We’re, like, ‘Eric, can you solo on this song? Wah-wah, please. Eric, what do you think about this, with the wah-wah?’ Because that’s his fucking thing. And so he’s soloing all over this other track. Then Jeff Beck is on two songs. We tried to get Jimmy Page [LED ZEPPELIN], we tried to get the holy trinity, but I don’t think Page plays anymore too much, unfortunately. But Mike McCready‘s [PEARL JAM] on a track. Josh Homme, my neighbor from QUEENS [OF THE STONE AGE], solos on a track. And then Zakk Wylde [BLACK LABEL SOCIETY] is on the record as well, all over it. So it’s like if you’re a guitar player, [it’s] pretty fucking good.”

Last year, Ozzy confirmed that 15 songs had been recorded for his follow-up to “Ordinary Man”. In October, he told Metal Hammer magazine that his new album will be “similar in tone to ‘Ordinary Man’, but I can’t describe it completely. I’ve not heard it for a while because it keeps going over to the next person to add their parts — we’re fucking around with it all the time,” he said.

In December 2020, Watt told Guitar World that Ozzy‘s next album would feature guest appearances by a number of notable musicians. “There’s a bunch of people involved,” he said. “I can’t say for sure until the end, but I started doing a bunch of basic tracks with Chad and Robert Trujillo, who used to play in Ozzy‘s band. And Taylor Hawkins [FOO FIGHTERS] also came in and played a bunch on the record as well, which adds a different flair — it kind of harkened back to Ozzy‘s ’80s era, in a great way. And I think it’s so cool for a rock fan to be able to listen to half an album with Chad Smith on drums, and then you flip it over and you get to hear Taylor Hawkins. And you know, the last album was really special for everyone involved. And so there was no point in Ozzy or me doing this again unless we thought we could bring something new to the table. And I feel like we’re achieving that.” 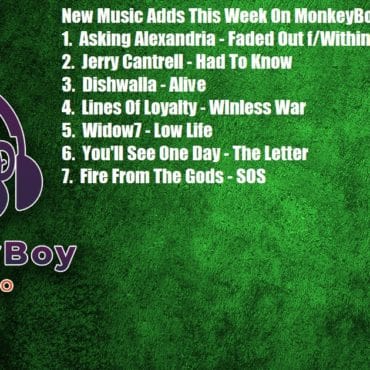