PAPA ROACH singer Jacoby Shaddix spoke to Radio.com LIVE! Check In about the band’s upcoming follow-up to 2019’s “Who Do You Trust?” album. He said (as transcribed by BLABBERMOUTH.NET): “We’ve got about three-quarters of the record finished. We took some time and we rented a house all together, locked in this place for a month. Everybody got COVID tested. Nobody left the house for a month. There was no in-and-outs. We had food delivered, and we had a friend of ours cooking out for us. And it was music 24 hours a day for a month. Literally, there was something happening at all hours. And this creative process, we got lost in it.

“I find that it was time for us to kind of shake things up in that way, ’cause the last couple of records, we’ve just gone into the studio and just started writing,” he explained. “Tobin [Esperance, bass], Jerry [Horton, guitar] and myself and Tony [Palermo, drums], we were just, like, ‘Let’s do something different.’ And so this shut-in vibe really… It’s like the farther you dig down creatively and you discover this piece, it’s, like, ‘Let’s go farther down the rabbit hole. Let’s go farther down the rabbit hole.’ And that experience for us really uncovered some rad sounds, some great songs, and just overall a good bonding experience for us. Because we’ve been doing this thing for years, and we really started to miss each other, being home.

“It’s a family — it really is. These are my brothers. I spend a large portion of my life with these guys on the road. And so after we are home with our families for a while, it’s, like, ‘All right, now [I’ve] gotta get with our other family. I miss my other family.’

“We wrote some ill music, and now we’re just putting the finishing touches on a bunch of it,” Jacoby added. “And I’ve gotta tell you, man, this next era, this next phase is… I am beyond excited. I think it’s some of the best songwriting we’ve ever done. It’s mature, but then there’s this reckless idleness to it. It’s just this duality of styles. We have our first acoustic ballad we’ve ever done. And it’s not like a, ‘Oh, honey, sweetie, sweetie, baby’ kind of ballad. It’s a song that just grabs you by the heartstrings and just toys with you. It’s just a super-dynamic rock record that I think is gonna blow people’s minds.”

Last month, Shaddix told Germany’s Rock Antenne that PAPA ROACH would not release a new album until the coronavirus pandemic has subsided.

“The touring is not coming back for the rest of this year,” he said. “I mean, there’ll be some pop-up shows here and there, but we’re not gonna drop a new album and tour until 2022. We’re just gonna wait it out.”

“Who Do You Trust?” was released in January 2019. The disc was produced by Nick “RAS” Furlong and Colin Cunningham except for the song “Top Of The World”, which is helmed by Jason Evigan. 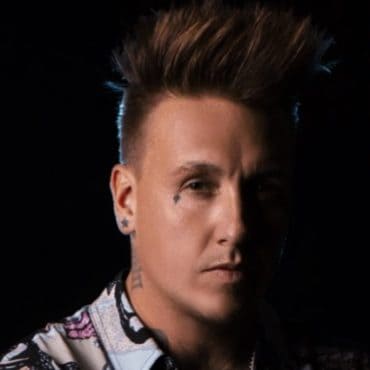 PAPA ROACH Frontman Explains Why He ‘Fell Off The Wagon’ While In Quarantine: ‘My World Just Got Real Small’ And ‘I Felt Disconnected’

During an appearance on Wednesday's (March 17) episode of SiriusXM's "Trunk Nation With Eddie Trunk", PAPA ROACH frontman Jacoby Shaddix spoke about how he has been handling the coronavirus pandemic. He said (as transcribed by BLABBERMOUTH.NET): "It was nice to spend some time with my family, to be completely honest. But then, after a while, it started to wear on me, man, and it started to fuck with my head […]