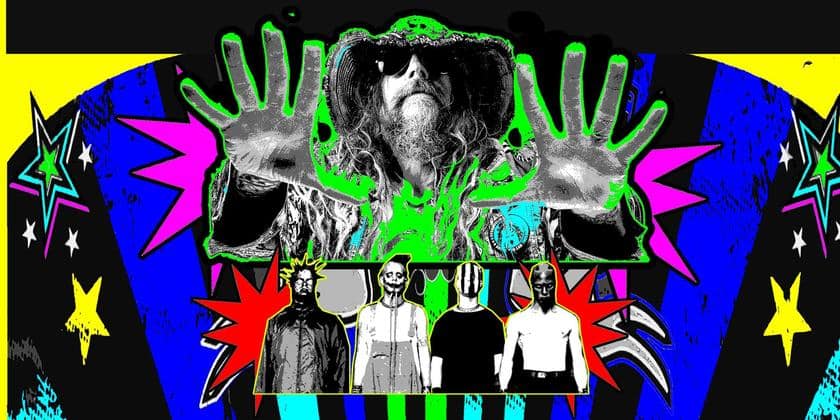 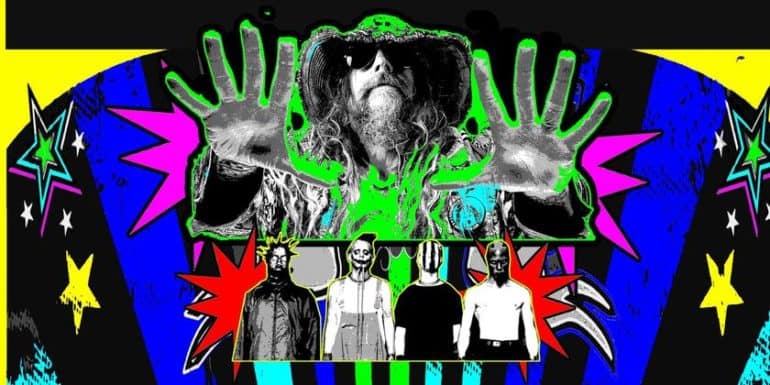 ROB ZOMBIE and MUDVAYNE will embark on the “Freaks On Parade” tour this summer. Support on the trek will come from STATIC-X and POWERMAN 5000.

Produced by Live Nation, the 21-city trek kicks off on July 20 at the Hollywood Casino Amphitheatre in Maryland Heights, making stops across the U.S. in Tampa, Holmdel, Tinley Park, and more before wrapping up in The Woodlands at Cynthia Woods Mitchell Pavilion on August 21.

As a rock icon and filmmaker with a unique vision, Rob Zombie has continuously challenged audiences as he stretches the boundaries of both music and film. He has sold over 15 million albums worldwide, and is the only artist to experience unprecedented success in both music and film as the writer/director of eight feature films with a worldwide gross totaling more than $150 million. Each of Rob Zombie‘s seven solo studio albums have debuted in the top 10 on Billboard’s 200 chart, including his most recent album, “The Lunar Injection Kool Aid Eclipse”, in 2021. Zombie is an eight-time Grammy nominee, with his most recent nomination for “Best Metal Performance” at the 2022 awards. Rob Zombie‘s ninth feature film, “The Munsters”, is set to release later this year.

Described by music critics as math metal and neo-progressive rock, MUDVAYNE‘s sonic musical experimentation is difficult to classify. Chad Gray, Greg Tribbett, Ryan Martinie and Matthew McDonough formed MUDVAYNE in the late 1990s in Peoria, Illinois. Their debut album, “L.D. 50”, was released in 2000, with highlights “Dig” and “Death Bloom” achieving success at mainstream rock radio. Their sophomore album, “The End Of All Things To Come”, was a critical and commercial success. MUDVAYNE then released “Lost And Found” in 2005, achieving their second consecutive gold record, with the single “Happy?” finishing No. 1 on the U.S. Mainstream Rock chart. To date, the band has sold over six million records worldwide, including 2008’s “The New Game” and 2009’s “Mudvayne”. In 2010, the band went on hiatus, only to triumphantly return in 2021 with co-headline performances at three of the U.S.’s premier rock festivals — Inkarceration, Welcome To Rockville and Aftershock. This will be the band’s first national tour since 2009.

*Not a Live Nation date 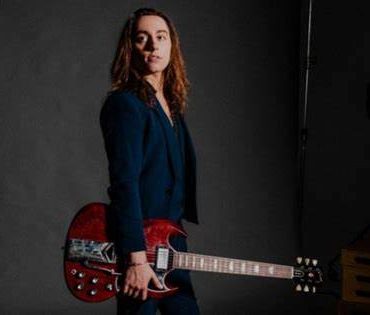 GRETA VAN FLEET guitarist Jake Kiszka has been hospitalized with pneumonia. The band shared the news of the musician's diagnosis earlier today on social media following yesterday's announcement that it was postponing its remaining two Michigan concerts on the "Dreams In Gold" world tour. GRETA VAN FLEET postponed last night's Flint concert and tonight's Ypsilanti show last night's Flint concert after revealing that Jake and singer Josh Kiszka had woken up with a non-COVID-related illness. The band later issued an […]