On Friday (July 2), Ashba took to his Instagram to write: “Just finished cutting guitars on a brand new @sixxam track with @nikkisixxpixx and @jamesmichaelofficial This felt like the Heroin Diaries Days when we just got together as friends and had fun writing songs! What a blast this one was! Hope you all enjoy it as much as we did creating it!”

SIXX:A.M.‘s latest release was a reworked version of its song “Maybe It’s Time”, which came out in August 2020 as part of the Artists For Recovery project.

The original version of “Maybe It’s Time” appeared on SIXX:A.M.‘s latest album, “Vol. 2, Prayers For The Blessed”, which was released in November 2016 via Eleven Seven Music. The disc was written and recorded at the same time as “Vol. 1, Prayers For The Damned”, released earlier that same year, and it acted as a companion piece to the first chapter.

In January 2020, SIXX:A.M. released the official music video for “Talk To Me”. The track, originally released in September 2019, invited each of us to take the first step toward mutual understanding and healing using the power of conversation.

Sixx recently teamed up with Rob Zombie, John 5 (ROB ZOMBIE, MARILYN MANSON) and Tommy Clufetos (OZZY OSBOURNE, BLACK SABBATH, ROB ZOMBIE) in a new project called L.A. RATS. The quartet came together expressly to record a cover of “I’ve Been Everywhere” for the soundtrack to the movie “The Ice Road”. “I’ve Been Everywhere” is a song written by Australian country singer Geoff Mack in 1959, and made popular by Lucky Starr in 1962. 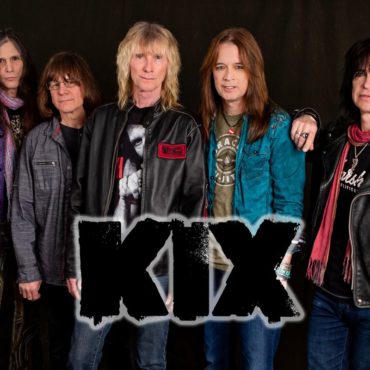 In a new interview with Waste Some Time With Jason Green, KIX frontman Steve Whiteman was asked if the band will ever release a follow-up album to 2014's "Rock Your Face Off". He responded (as transcribed by BLABBERMOUTH.NET): "I think so. Right now it's the business end of it you have to look at, because in order to have [producer] Taylor Rhodes involved, his fee is pretty steep, and we don't expect him to do it for nothing, so […]