SLASH To Perform On ‘Jimmy Kimmel Live!’ This Wednesday

Slash will take part in a chat and a musical performance with MYLES KENNEDY AND THE CONSPIRATORS on the Wednesday, February 2 episode of “Jimmy Kimmel Live!”, airing at 11:35 p.m. ET on ABC.

In October, SLASH FEATURING MYLES KENNEDY AND THE CONSPIRATORS released the official music video for the LP’s first single, “The River Is Rising”, shot on location in downtown Los Angeles with Gibson TV director Todd Harapiak. 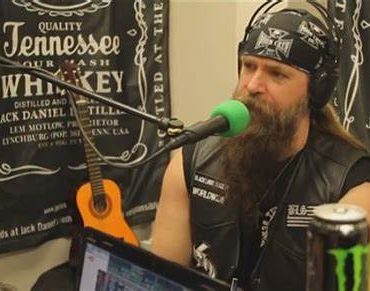 GaS Digital Network, a network with 22 podcasts with an emphasis on music and comedy, today announced the latest addition to its network: "The Wylde Goose Show". Featuring rock icons Zakk Wylde and John "JD" DeServio (a.k.a. Goose), the weekly show provides a fly-on-the-wall opportunity for fans as the two talk about anything and everything — including sordid backstage tales and stories from the road and studios. In addition, special guests will pop in for casual […]