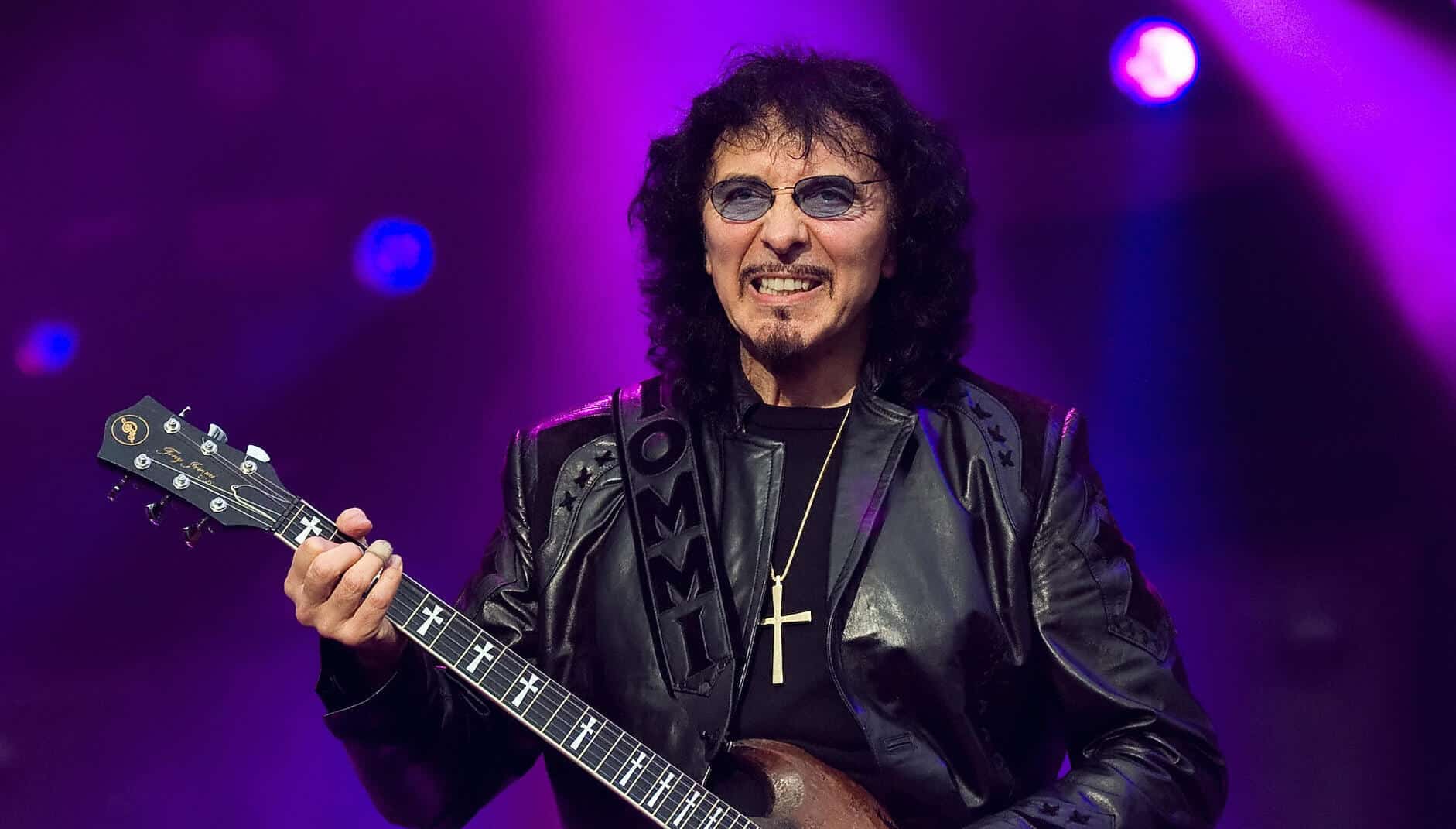 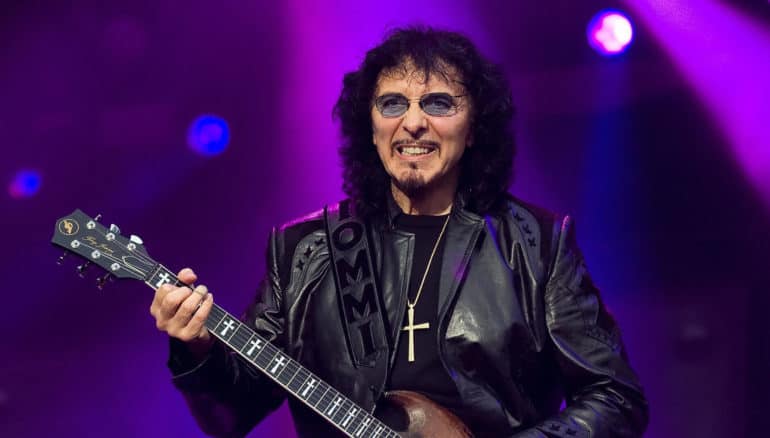 This past Thursday (November 25), BLACK SABBATH guitarist Tony Iommi released “Scent Of Dark”, his first musical composition since writing a classical piece for the Birmingham Cathedral in 2017 and his first rock song since SABBATH‘s “13” album in 2013. To coincide with “Scent Of Dark”‘s arrival, Iommi announced that he would also release a fragrance, designed in collaboration with luxury Italian perfume house Xerjoff and Sergio Momo.

In the six-minute video below, Iommi and Momo discuss the collaboration, with Tony saying: “Sergio‘s idea was maybe to have a tune to go with it, some music to go with the perfume, to create more of a vibe for it. And I had some ideas that Sergio heard and he liked the idea. So it allowed me then to elaborate from what we’ve got into more of what it was meaning towards the perfume… It was very mystical, which I think the perfume is — it’s a mystical sort of smell. It comes from within. It just all seemed to fit well; it just seemed to be the right thing for it. And I’m very pleased with it. And, of course, Sergio is playing on it as well — he’s playing guitar on it as well as I am. And the whole combination — with Jimmy Crutchley playing bass and Ash [Sheehan] on drums, it was a new, different direction for us. And then I felt it was nice to have some strings added to it, ’cause it gives it that more dramatic sort of sound and it emphasizes the whole thing, really.”

While the realm of high-end fragrancies and the uncompromising heavy music that Iommi is known for might not at first seem to make viable bedfellows, the guitarist’s interests in fragrances actually stretches far back to the early days of BLACK SABBATH. “It’s something I’ve always been interested in, ever since the early days of products like Brut and Old Spice, which I’d always get given for Christmas,” remembers Tony. “Once I started touring the world with SABBATH though, I started discovering different sorts of fragrancies from other countries and began collecting them on tour.

“I met Sergio through another friend of mine Jimmy Crutchley (who plays bass on ‘Scent Of Dark’) and Sergio kindly sent me a box of his fragrances and asked if I’d be interested in creating my own, which I certainly wasn’t expecting,” laughs Iommi. “I had no idea how that would work, but Sergio suggested I come up with a list of things I like the smell of, which I did. He developed some different samples made up from my suggestions and I picked the one I liked; the project moved forward from there.”

Tony brought in the aromatic reminiscence of rock in the 1960s and 1970s, festivals and gatherings, amber and patchouli. The final result harmoniously characterizes the dark sound of Iommi‘s original famous ’64 Monkey Special guitar with the spicy and seductive scents.

“Sergio is a really creative chap, he plays great guitar on ‘Scent Of Dark’ and has one of my collectable models, the 64 Gibson with the cartoon monkey image,” Tony says. “He said it would be great to incorporate that, and he’s even managed to get it onto one of the bottles.”

From the start, Tony has been instrumental in creating the “Scent Of Dark” fragrance. “I wouldn’t put my name to something that I haven’t been involved in and didn’t personally like or use,” he explains. “That’s been the same with all of the projects I’ve done from guitars onwards, this is no different.”

Made with the finest materials, handpicked rare ingredients and exquisite packaging, this exclusive edition Xerjoff blends for Tony Iommi is the world’s first multisensory experience between sound, scent, and spirit. Tony wanted to encapsulate in a bottle the evocation of emotions, alongside a new music track and video, and even a bespoke cocktail.

The various aspects of this multi-sensory experience successfully inspired the musical visualization of “Scent Of Dark”, developed at Iommi‘s home studio with longtime collaborator and producer Mike Exeter, and recorded at Gospel Oak and Pig Music Studios.

“I’ve had the riff for ‘Scent Of Dark’ for quite a while and I’d never done anything with it, but it gave us a base to start from,” explains Tony. “We built up the track with programmed drums at first and then Mike Exeter demoed bass and keyboards on it, and I added my guitar solos, just to give us an idea of how it was going to sound. Eventually Jimmy [Crutchley] added his bass. Jimmy knew drummer Ash Sheehan and he fitted in perfectly, adding the final real drum track on top of our work. Then we added the strings. I’d worked with string sections on SABBATH albums before, but this was a whole new experience.”

The blend of the beautifully played cello and violins and Iommi‘s colossal guitar tones elevate “Scent Of Dark” into a whole new realm that incorporates and complements every taste, smell and sound of this exciting new union. The video for ‘Scent Of Dark’ captures the musicians at work in the studio, crafting the music, alongside footage of Tony and Sergio sampling the fragrance, shot at the grand Sudley Castle in Winchcombe, near to Cheltenham in Gloucestershire. The film conveys the mood of the music and tells the story of the project perfectly.

“It’s been a really interesting project for me that has combined many of my different interests and a direction I’m really enjoying gong in,” concludes Tony. “I’ve got so many riffs; it would be great to do more instrumental and soundtrack work.” 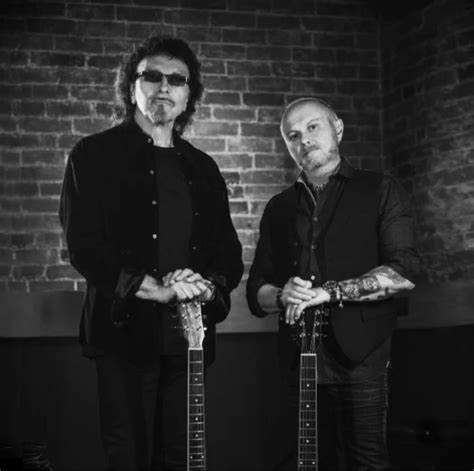 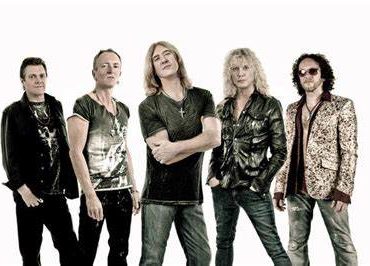 During a new appearance on "The Jeremy White Show", DEF LEPPARD drummer Rick Allen spoke about the progress of the songwriting sessions for the band's next studio album. He said (as transcribed by BLABBERMOUTH.NET): "Here's the thing: there's always new music on the go with DEF LEPPARD. It's just whether it makes it to a collection. But songs are being produced all the time, particularly with the age of technology and not necessarily having to be in the same […]