Wolfgang Van Halen recently spoke to Raul Amador of Bass Musician Magazine about the upcoming self-titled debut album from his MAMMOTH WVH solo band. Addressing the fact that he played all the instruments on the record, Wolfgang — who joined his father Eddie Van Halen in VAN HALEN for the band’s 2007 reunion tour with singer David Lee Roth, replacing Michael Anthony — said (as transcribed by BLABBERMOUTH.NET): “I think it’s gonna be a bit of a surprise for people who think that I only play bass. I started writing music on my own way back in 2013, after the second VAN HALEN tour. I taught myself Logic [recording software]. I knew enough to realize an idea on my own computer, so I would just kind of write. And then I got in the studio in 2015 with my producer, Elvis Baskette, and engineer, Jef Moll. And between the three of us, over the next couple of years, we tracked a bunch of songs. And then I went on tour again with VAN HALEN. And then I came back, and I’d written a bunch of songs on tour, and so we recorded even more. So we just kind of kept recording more and more songs until we ended up finishing in July of 2018. So, yeah, it took a while. [Laughs]”

“Mammoth WVH” will be released on June 11 via Explorer1 Music Group/EX1 Records. 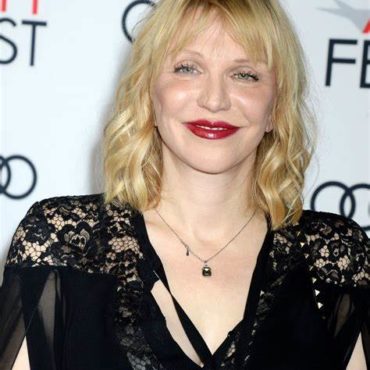 Courtney Love has shot down the possibility of a HOLE reunion, saying "it's just not gonna happen." The prospect of a HOLE comeback was broached in a new interview Love gave to Vogue, where she also debuted a new video cover series. Asked if there will ever be a proper HOLE reunion, Courtney said: "No. Absolutely not. And you guys have gotta get over it. Our old manager Peter Mensch calls once a year to ask about a reunion: 'Hey, just doing my thing […]