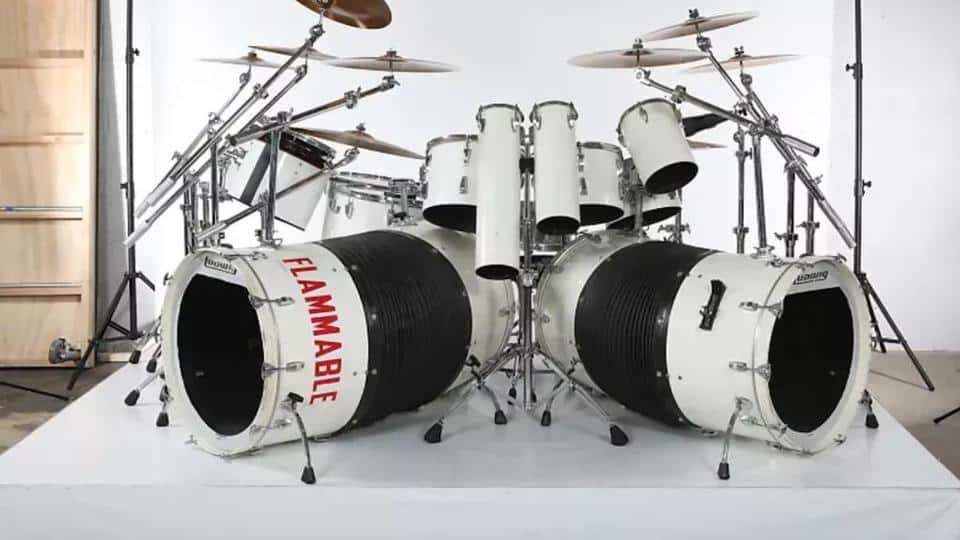 Julien’s Auctions has announced the marquee lineup of “Music Icons”, the world-record breaking auction house to the stars’ annual music extravaganza on Friday, June 11; Saturday, June 12; and Sunday, June 13 2021 live at Julien’s Auctions in Beverly Hills and online at juliensauctions.com.

Bursting onto the auction stage this summer will be one of the most coveted drum kits played by the legendary drummer Alex Van Halen. His custom designed Ludwig drum kit, stage-played on over 100 shows of VAN HALEN‘s 1980 “Invasion” tour, will make history once again as the first and only drum kit of the rock icon ever to come to the auction.

“This kit from the 1980 VAN HALEN ‘Invasion’ world tour spent five years on display at the Rock And Roll Hall Of Fame in Cleveland,” said Alex Van Halen. “It’s the only one like it in the world and I’m happy that 100% of the selling price will be going to charity via the Frangioni Foundation and Mr. Holland’s Opus.”

This spectacular and massive drum ensemble features a visually striking element: articulating kick drums, which began a long fascination Van Halen had with flexible hoses joining drums. The drum has a conservative estimate of $200,000 – $300,000.

In the early 1970s, Van Halen and his younger brother, prodigy lead guitarist, Eddie Van Halen, founded their namesake group and soon after with bassist Michael Anthony and singer David Lee Roth, conquered the world and entered into the pantheon of rock as of one of the greatest hard rock bands of all time. VAN HALEN dominated the music charts, MTV and sold out arenas around the world, thrilling audiences with their high flying, energetic live shows throughout the ’80s and into the ’90s with the drum legend’s fiery percussion and epic solos powering their classic hits “Runnin’ With The Devil”, “Unchained”, “Hot For Teacher”, “Panama”, “Jump” and more. Van Halen‘s immense skill and intensity behind the drum unleashed the era-defining sound and fury of the ’80s American hard rock music scene and the seismic shift that would propel other glam metal/hard rock bands such as MÖTLEY CRÜE, METALLICA and GUNS N’ ROSES to follow. VAN HALEN was inducted into the Rock And Roll Hall Of Fame in 2007.

Other drum kits from legendary rock bands will rock the stage with a singular and sensational drum kit heading this way from the legendary drummer Eric Singer of one of rock and roll’s most notorious bands, KISS (estimate $50,000 – $70,000).

“KISS, keeping in line with Las Vegas: bright lights, big production, one-of-a-kind, i.e. Elvis, Rat Pack and Liberace style, I had this Pearl drum set custom made for the first-ever KISS Vegas residency,” said Eric Singer. “These shows were recorded and featured on the ‘Kiss Rocks Vegas’ DVD. I also played this kit on the KISS and DEF LEPPARD tour as well as various other high-production KISS shows. The LED lights inside the drums ran in synchronization with the KISS light show, changing colors throughout the night controlled from the lighting board plus these drums sound amazing!”

Another fascinating and rare piece of art heading to the auction stage comes from another iconoclast and one of rock music’s most signature artists of all time: Kurt Cobain. A self-portrait caricature drawing (estimate: $10,000 – $20,000) done in black felt pen on TNT Music Centre [sic] in Singapore stationery by the charismatic frontman of the group NIRVANA depicts himself playing the guitar and is signed “Kurdt Kobain Rock Star” and handwritten on the right, “I don’t know how to play and I don’t give a hoot!” Cobain gifted the drawing to Jacque Chong, a freelance photographer who worked with Cobain during NIRVANA‘s “Nevermind” album promotional tour in Singapore in 1992.

“Each year, Julien’s Auctions ups the ante for music fans and collectors in offering the most prized music memorabilia ever to come to auction,” said Martin Nolan, executive director of Julien’s Auctions. “From the first auction appearances of Alex Van Halen‘s Rock And Hall Of Fame-displayed Ludwig drum kit and Kurt Cobain‘s self-portrait drawing to Bob Dylan‘s handwritten and annotated lyrics to his 1969 classic ‘Lay Lady Lay’, this collection of fine and rare music collectibles is no exception and is one of our most exciting sales that is sure to make history once again on the auction stage.”

Registration is required to bid in this online auction and can be done in person at the exhibition, or online before the sale at the JuliensAuctions.com. Registration page to bid by phone, proxy or in person, or online at JuliensLive.com to bid live online, or by calling (310) 836-1818. For inquiries, please email info@juliensauctions.com or call 310-836-1818. 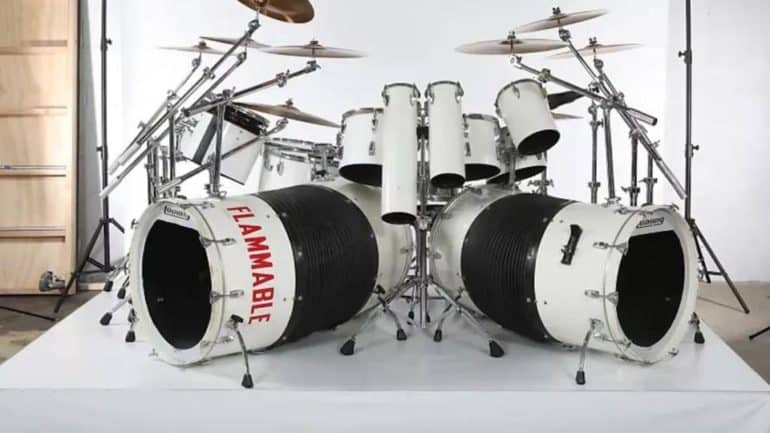 FOZZY will release a new single, "Sane", on Friday, May 28. The track is taken from the band's upcoming album, to be made available later in the year. A short teaser for the "Sane" music video is available below. This past February, FOZZY singer Chris Jericho told Detroit's WRIF radio station that the follow-up to 2017's "Judas" album would "continue with the momentum that 'Judas' started for us three years ago." Last summer, Chris revealed that FOZZY's next LP will contain 12 songs, including one cover. In […]