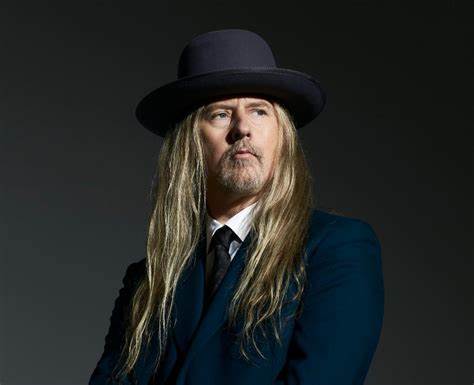 ALICE IN CHAINS guitarist/vocalist Jerry Cantrell has released a Nate Merritt-animated video for “Siren Song”. The track is featured on Jerry‘s latest solo album, “Brighten”, which came out last October.

Says Cantrell: “I had a great time working with the very talented Nate Merritt and Josh Richman on this video to bring ‘Siren Song’ to life through animation. Nate‘s imagery is beautiful and impactful, a perfect visual companion to the music that tells the story I started out with, and travels far beyond it. A true collaborative effort, great work guys.”

Cantrell is preparing to hit the road in North America in support of “Brighten”. The trek will kick on March 24 at the Palace Theater in St. Paul, Minnesota and make stops in major cities such as Toronto, Chicago, Detroit, Nashville, New York, Philadelphia, Seattle and Los Angeles, to name a few.

To make this tour even more attractive for fans, Jerry recently announced special VIP event packages at each show that offer fans tiered selections of exclusive experiences. These experiences include a meet-and-greet and photo opp with Jerry, personal autographed items of your choice, premium merch items, and at the top tier, a signed official “Atone” Gibson JC Signature Acoustic guitar. The guitar includes a letter of authenticity. Packages start at $100 all the way to $5,500, which includes the Gibson guitar.

“Brighten” has received praise from critics, including Kerrang!, which called it a “vivid, contemporary self-portrait of one of the most distinctive voices in hard rock. A long-overdue show of individual brilliance.” Classic Rock proclaimed it “his best yet. The work of a songwriter who is happy within his life, it spans a broad arc of styles.” The Sun commented: “A rich, organic album… ‘Brighten’ is brilliant.”

Jerry‘s career outside of ALICE IN CHAINS has consisted of two previous solo albums and contributions to major film soundtracks. Cantrell‘s first solo album, “Boggy Depot”, was released in 1998, followed by his second album, the aforementioned “Degradation Trip”. In addition to his solo artist work, Jerry has released music on soundtracks for several films, including “Spider-Man”, “The Cable Guy”, “John Wick 2”, “Last Action Hero” and “The Punisher”. 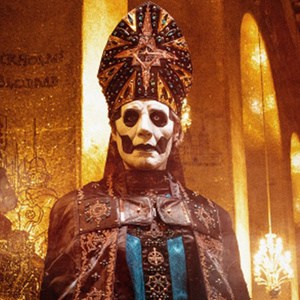 GHOST performed the song "Call Me Little Sunshine" on last night's (Wednesday, March 16) episode of "Jimmy Kimmel Live!". Video of the band's appearance can be seen below. The Swedish occult rockers were scheduled to perform on the January 20 episode of the ABC show, but pulled out just hours before, explaining that they "had a bit too much going on in Reno, getting all our shit together" for the band's U.S. co-headlining tour with VOLBEAT. GHOST's […]