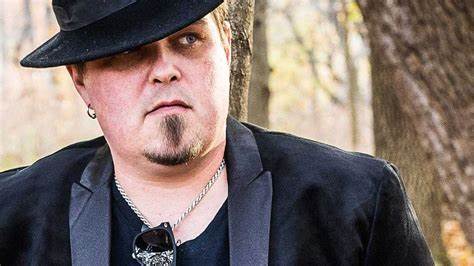 Kentucky rockers BLACK STONE CHERRY have been forced to cancel their concerts tonight (Thursday, July 1) in Omaha, Nebraska and Saturday (July 3) at the Mid Summer Music Fest in Menahga, Minnesota after a death in the family of vocalist/guitarist Chris Robertson.

Earlier today, Robertson shared a few photos of him with his father, Steve, on Instagram, and he included the following message: “There goes my hero…….. I’m sure gonna miss you, Daddy #daddysboy”.

Back in May, Chris revealed on Instagram that his father had “had a pretty rough few years health wise” and was “facing some troubles right now.”

In announcing the cancelation of the Nebraska and Minnesota shows, BLACK STONE CHERRY wrote in a statement: “Unfortunately we will not be playing at Barnato tonight and the Mid Summer Music Fest Saturday. We apologize for not putting on the show y’all were excited for.

“We turned the bus around after learning of a death in the family very late last night. As you all know, it’s family first. We ask that you understand and respect this decision.

“Please pray and send as many positive vibes to the Robertson family during this time. We hope and plan to make it up to you all as soon as we can.”

The digital-only release of an expanded edition of BLACK STONE CHERRY‘s seventh studio album, “The Human Condition”, will be made available on August 27.

Due to extraordinary pre-sale ticket demand which saw his first two weekends of shows sell out in just two hours, Rock And Roll Hall Of Famer Sammy Hagar has added two additional shows, Friday, November 12 and Saturday, November 13 to his first Las Vegas residency, "Sammy Hagar & Friends", at The STRAT Hotel, Casino & SkyPod. Tickets will go on sale to the public on Saturday, July 3 at 10 a.m. PT at this […]