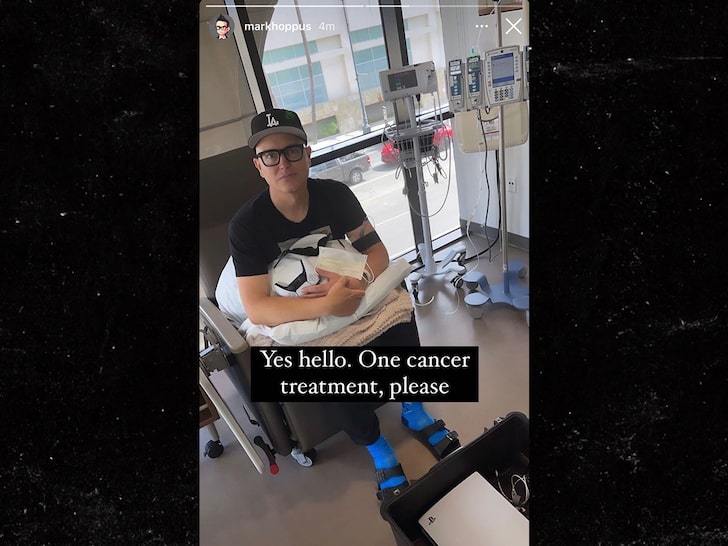 BLINK-182 singer and bassist Mark Hoppus, who went public with his cancer diagnosis in June, has announced that he is cancer free.

Two months ago, Hoppus confirmed that he was battling a blood disorder called stage 4-A diffuse large B-cell lymphoma, the same type of cancer his mother previously beat. Hoppus completed chemotherapy treatment earlier this month, and he took to his Instagram earlier today (Wednesday, September 29) to write: “Just saw my oncologist and I’m cancer free!!

“Thank you God and universe and friends and family and everyone who sent support and kindness and love. Still have to get scanned every six months and it’ll take until the end of the year to get back to normal but today is an amazing day and I feel so blessed.”

The musician broke the news of his diagnosis on June 23 by posting a photo of himself in what appeared to be a doctor’s office surrounded by medical equipment. He wrote in an accompanying caption: “Yes hello. One cancer treatment, please.” He later said that he had been undergoing treatment for three months.

“It sucks and I’m scared, and at the same time I’m blessed with incredible doctors and family and friends to get me through this,” Hoppus wrote at the time. “I still have months of treatment ahead of me but I’m trying to remain hopeful and positive. Can’t wait to be cancer free and see you all at a concert in the hopefully near future. Love to you all.”

In July, he said that his “chemo [was] working. I still have months of treatment ahead, but it’s the best possible news,” he added. “I’m so grateful and confused and also sick from the last week’s chemo. But the poison the doctors pump into me and the kind thoughts and wishes of people around me are destroying the cancer.”

BLINK-182‘s latest album, “Nine”, was released in September 2019 via Columbia Records and includes singles “I Really Wish I Hated You”, “Darkside”, “Happy Days”, “Generational Divide” and “Blame It On My Youth”.

Since its humble beginnings in 1992 in San Diego, BLINK-182 has sold over 50 million albums worldwide and rocked audiences around the globe, becoming one of the defining and inspirational rock bands of its generation. 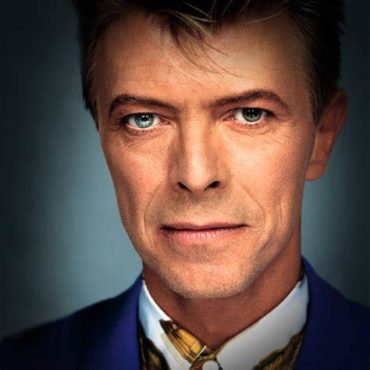 Twenty years after its original proposed release, David Bowie's 2001 album Toy, which was never officially released, will be made available on Jan. 7. After his performance at the 2000 Glastonbury Festival, Bowie returned to the studio with his band to record reworked versions of songs he first recorded between 1964-71. At the time, the idea was to record the tracks live, choose the best takes and release a "surprise" album as quickly as possible […]