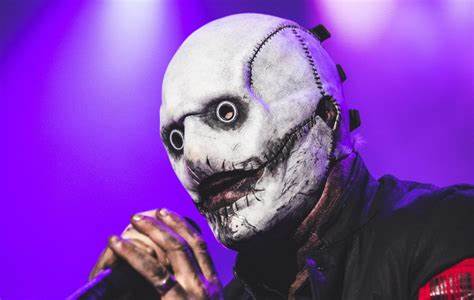 Corey Taylor says that SLIPKNOT‘s new studio album will arrive this year. The follow-up to 2019’s “We Are Not Your Kind” was recorded in 2021 with producer Joe Barresi, who has previously worked with AVENGED SEVENFOLD, QUEENS OF THE STONE AGE and CHEVELLE, among many others.

Over the weekend, the singer, who has kept busy with a variety of projects, including releasing a solo album and working on a movie called “Zombie Versus Ninja”, tweeted: “Big Shit Coming, 2022 edition: ZvN updates, SK album, secret ‘homecoming’ plans, etc. Stay Tuned! ‘Hold On To Your Butts’- Franklin D. Roosevelt“.

Last November, SLIPKNOT released a new single called “The Chapeltown Rag”. Taylor described the song to Knotfest.com as “a punisher,” saying it documents what happens when the distortions of mass media circulate within the echo chambers of social media.

“We Are Not Your Kind” was released in August 2019. The LP sold 118,000 equivalent album units in the U.S. in its first week of release to land at position No. 1 on the Billboard 200 chart. Furthermore, the album made an impact worldwide with No. 1 debuts in the United Kingdom, Mexico, Australia, Canada, Japan, Ireland, Belgium, Portugal and Finland, as well as Top 5 debuts in Germany, France, Norway, Italy, Austria, Sweden, Switzerland, The Netherlands, Poland, Spain and New Zealand.

Slash has confirmed to Classic Rock magazine in a new interview that a new album from GUNS N' ROSES is definitely coming. "There's new GUNS material coming out as we speak, and we'll probably keep putting it out until the entire record's worth of stuff is done and then put it out solid," the guitarist said. "It's cool. I'm enjoying working on the stuff and having a good time doing it." Last October, Slash told Audacy Check In host Remy Maxwell that GUNS N' […]