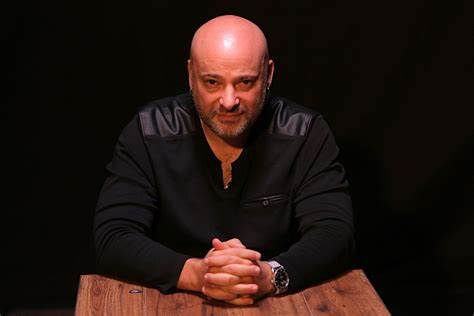 “We have a new record that will soon be released,” David told the crowd before DISTURBED launched into the song “Voices” from the band’s 2000 debut album “The Sickness”. “And it’s about 90 percent heavy as fuck. Now there’s still 10 percent of caring, loving goodness [laughs] — 10 percent. Hey, for everybody that fell in love with ‘The Sound Of Silence’ [SIMON & GARFUNKEL] cover, I figured, you know… But the rest of it? ‘Sickness’-, ‘Ten Thousand Fists’-era DISTURBED, for sure. You excited about that? ‘Cause I’ll tell you we’re really fucking excited about it.”

Last month, DISTURBED drummer Mike Wengren told “The Mistress Carrie Podcast” that he and his bandmates are “definitely in the middle of the process” of making a new album. “We have been writing, we have been recording,” he said. “I’m very excited about everything that we’re coming up with right now. It’s feeling great, it’s sounding great.”

He continued: “We don’t necessarily have a definitive time frame right now [for the album’s release]. Coming off two years of a pandemic, we just have been taking our time in trying to put out the best record of our careers and top everything that we’ve ever done before.

“I think people are gonna be pleasantly surprised when they finally get a chance to hear this,” Mike added.

Wengren‘s comments came just days after Draiman confirmed that DISTURBED has completed recording the new LP. Prior to that, Draiman shared a since-deleted Instagram photo of a whiteboard — which appeared to have been taken in a recording studio — charting DISTURBED‘s progress with recording. On the board, 10 songs were listed, featuring such titles as “Hey You”, “Love To Hate” and “Part Of Me”. David captioned the picture: “And that’s a wrap people. #HolyShitIsThisGood #epic @disturbed”. Also included on the whiteboard was the guitar tuning for each track, with most of them using “Standard C#”, “Drop C#” or “Drop C” tuning. One track was also recorded in “Drop A#” tuning, while another is in “Drop B”.

Draiman spoke about the progress of the songwriting sessions for the new DISTURBED album during a recent appearance on “Whiplash”, the KLOS radio show hosted by Full Metal Jackie. Regarding what it has been like for him and his bandmates to regroup in person after such a long time apart and once again launch the creative process, he said: “There’s really nothing that replaces it. It was a continuing theme of conversation over the course of the week that we had together between our couple of shows we played in Indiana [in early November] and our performance over in Daytona for [the] Welcome To Rockville [festival]. There really is no substitute. There isn’t. The energy and that realization when you’ve got something. Compare it to fishing, and you finally land a big one. [Laughs] It’s incredibly, incredibly exciting. And we were on fire.”

As for the musical direction of the new DISTURBED songs, Draiman said: “The material is somewhere between ‘The Sickness’ and ‘Ten Thousand Fists’ as far as where I would identify it as sonically. It’s rhythmic, it’s pummeling, it’s anthemic, it’s polysyncopated. It’s meat-and-potatoes DISTURBED.”

David also discussed DISTURBED‘s apparent decision to pursue a more aggressive musical approach on its next LP compared to “Evolution”, on which nearly half the songs were either acoustic or semi-acoustic.

“It’s a different sort of itch you’re scratching,” he said. “You can have the satisfaction that comes with, let’s say, playing with your children peacefully somewhere and you can have a different sort of satisfaction in engaging in full-contact football with your buddies. It’s just a different feel. They’re both equally as gratifying but sometimes you just get a little taste more for one than the other. And right now we are definitely — we’ve got our teeth dug in to that style. We were dying to do the more aggressive stuff. We wanted to go back home. We wanted to go back to the ‘groove so hard that you can’t stop bobbing your head’ kind of stuff. So, we’re there, and we’re loving it.”

Prior to DISTURBED‘s appearance at the 2021 edition of Welcome To Rockville last November, Draiman told Lou Brutus of HardDrive Radio that the band will likely do things slightly differently with the upcoming release. “The way that I see it happening is we’re probably not gonna put out something in the traditional full-length; we’re probably gonna be doing two separate releases,” he explained. “So we’ll probably have one geared for release — if everything works as planned — by the fall, and then maybe something the following year as well.” When Brutus asked Draiman to clarify if that means that the next DISTURBED release will be an EP, David said: “Define it what you want, but it would like five or six songs at a pop — something like that.

“We live in an environment right now and in an age where people’s consumption of music has been very soundbitish and very track-driven and very single-driven,” he continued. “And there’s definitely some beauty towards continuing to try and [make] things like concept records and telling a long story over the duration of a series of songs — there’s huge merit to that — but I think that when you write 10 songs and three of them actually get worked at radio and maybe, if you’re lucky, the fans are really familiar with half the record and the rest ends up sitting on a shelf, and if you do end up pulling it out one day, it’s like an obscure, weird moment during the set, and it’s almost like gratuitous for yourself. I don’t wanna do that anymore. I wanna make everything count. I wanna make sure that we get the biggest bang for everything we’re putting out there. I think that that should be easily attainable. It seems to be where the environment is going, and it seems to be — whether we like it or not — what the digital age has funneled us into.”

DISTURBED performed live for the first time in nearly two years last September as one of the headliners of the Louder Than Life festival in Louisville, Kentucky.

In March 2021, DISTURBED‘s “The Sickness 20th Anniversary Tour” was officially canceled. The amphitheater tour, with very special guest STAIND and BAD WOLVES, was originally slated to take place in the summer of 2020 but was rescheduled to 2021 due to the coronavirus pandemic. It was eventually scrapped altogether.

“The Sickness 20th Anniversary Tour” was supposed to celebrate the 20th anniversary of DISTURBED‘s seminal album “The Sickness”. On the tour, the band was expected to perform songs off the album, as well as tracks from “Evolution” and DISTURBED‘s extensive catalog.

Original KISS drummer Peter Criss joined Australian rockers SISTERS DOLL on stage during their concert Sunday night (May 22) at the Cutting Room in New York City to perform three songs. Criss and SISTERS DOLL played the tracks "Don't You Let Me Down" (from Criss's 1978 solo album),"Words" (from his 1980 solo album "Out Of Control") and "You Matter To Me" (from his 1978 solo album). Video of Criss's appearance, courtesy of The Rock Experience With Mike Brunn YouTube channel, can be seen below. SISTERS DOLL was previously […]