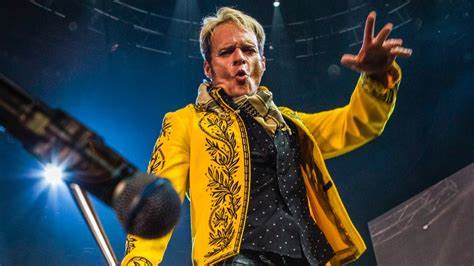 This coming weekend, Reelz will air a new original special “Frontman” exploring the real life and success story of David Lee Roth with insight from some of the people who knew him best. A preview clip, featuring veteran rock photographer Mark “Weissguy” Weiss, journalist Susan Masino and VAN HALEN biographer Greg Renoff, is available below.

One of the most famous, flamboyant and charismatic frontmen in the world, David Lee Roth is unlike most lead singers. The frontman of VAN HALEN is the same person both on and off stage and craves attention and adulation at all times. Growing up in rural Indiana, Roth showed early brilliance turning himself into a ferociously bright teenager. His determination to become a frontman led him to convince the Van Halen brothers to let him join their band and Roth‘s infectious personality and memorable acrobatic stage presence helped make VAN HALEN one of the most popular rock bands in the world. His notorious rock ‘n’ roll lifestyle and fun-loving demeanor cemented Diamond Dave as, for some, the band’s only “real” frontman. Also sharing their personal stories of Roth are childhood friend George Perez and former VAN HALEN band manager Marshall Berle.

“He was not shy, for sure, and you could always see his package,” Weiss said about Roth. “He was playing it up for the girls.” “And at the end of the show,” added Masino, “he would take bottles of champagne and shake ’em up and spray the crowd with ’em. He was the glitz, the glamor,” she noted. “David ruled the stage. He was the frontman.”

Earlier this month, Roth added four more shows to his upcoming Las Vegas residency. In addition to playing at Mandalay Bay’s House Of Blues on December 31, January 1, 5, 7 and 8, the VAN HALEN singer will now also also perform on January 14-15 and January 21-22.

In October, the legendary VAN HALEN singer announced that he was ending his career with his Vegas shows during the first weeks of January. “I am throwing in the shoes. I’m retiring,” Roth told the Las Vegas Review-Journal. “These are my last shows.” He added: “I’m not going to explain the statement. The explanation is in a safe.”

In a February 2020 interview with StarTribune, Roth openly wondered whether his first tour since VAN HALEN completed its 2015 run of shows would be the last time he would perform.

“I’m calling it ‘The Last Tour’,” he said at the time, “and then underneath it in parentheses: ‘Unless It Isn’t’. … At my age, everything is a possible farewell tour.”

“It’s been a long great trip, a long great run,” he continued. “But this kind of music requires the kind of energy that people in their 20s bring. You know what NFL stands for: Not For Long. It’s similar in rock. I remember the days when we would stand around and say, ‘Let’s go have a cigarette.’ And that’s what we did: Four guys having one cigarette. I remember those days. They go by fast, so enjoy them while you’re in them.” 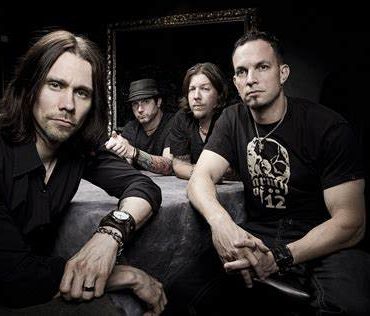 ALTER BRIDGE guitarist Mark Tremonti has told MetalTalk in a new interview that the band is still on track to reconvene in 2022 to record a new album. "We are planning to go to the studio in April and May to record the next ALTER BRIDGE record," he said (as transcribed by BLABBERMOUTH.NET). "But at this point, me and Myles [Kennedy, ALTER BRIDGE singer] haven't put together ideas; we're just kind of working separately. Scott Phillips [ALTER BRIDGE drummer] was actually gonna come over today […]