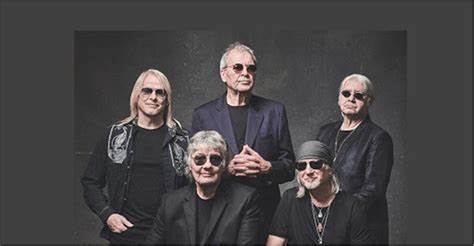 DEEP PURPLE‘s next studio effort will be an album of covers titled “Turning To Crime”. Due on November 26 via earMUSIC, the LP will contain DEEP PURPLE‘s versions of great rock classics and musical jewels — including songs originally recorded by Bob Dylan, FLEETWOOD MAC, Bob Seger, CREAM and THE YARDBIRDS — carefully chosen by each member of the band.

Produced by Bob Ezrin, “Turning To Crime” arrives only 15 months after “Whoosh!”, DEEP PURPLE‘s 21st studio album, which received acclaim by critics who praised the creative strength of a band that continues evolving with every release, and prestigious chart achievements (third consecutive No. 1 in Germany, No. 4 in the U.K., and topped the U.S. Independent Album and Hard Music Albums charts).

The official music video for the latest single, “Rockin’ Pneumonia And The Boogie Woogie Flu” — originally written and recorded by Huey “Piano” Smith — can be seen below.

DEEP PURPLE keyboardist Don Airey commented: “I’m supposed to say it’s a song I always wanted to do since I was a child, but at the same time it was quite new to me. I didn’t know the original very well, but I knew Professor Longhair‘s version, which is the one that inspired my arrangement. I just love the whole thing, that style of piano playing… Very, very hard to replicate. It was a bit of a challenge. And when it came back from the other members of the band with all this other music on it, I just thought: ‘Wow, that worked out. What an insane arrangement.'” 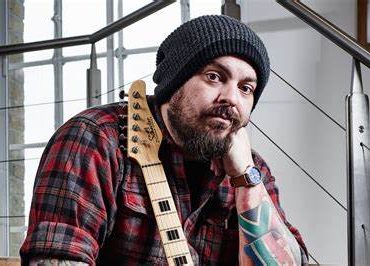 SEETHER guitarist/vocalist Shaun Morgan was the featured guest on BBC's "The Rock Show With Johnnie Walker" during the "Rock God" segment. Shaun picked NIRVANA frontman Kurt Cobain and stated about his choice: "I first heard of NIRVANA in 1993, because, growing up in South Africa, there were sanctions against the country up until '92, so a lot of American music didn't make it through to us. But a friend of mine's parents had been to England and they brought me the CD one day, and […]