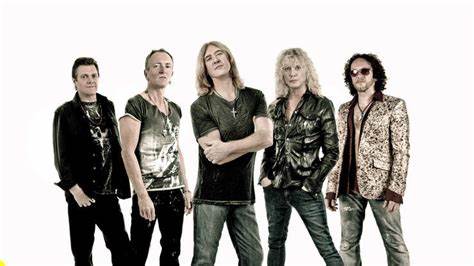 During a new appearance on “The Jeremy White Show”, DEF LEPPARD drummer Rick Allen spoke about the progress of the songwriting sessions for the band’s next studio album. He said (as transcribed by BLABBERMOUTH.NET): “Here’s the thing: there’s always new music on the go with DEF LEPPARD. It’s just whether it makes it to a collection. But songs are being produced all the time, particularly with the age of technology and not necessarily having to be in the same room as the other person. Obviously, there’s stuff that I can’t talk about, but in the not-too-distant future, I’m sure people are gonna get to her new music.”

Asked if it’s still important for DEF LEPPARD to release full-length albums or there’s a possibility the band will release a few songs at a time, Rick said: “We go back and forth as a band all the time, where we’re, like, ‘Maybe we should just release a few [songs] and at least get things moving.’ But then the old school in us will be, like, ‘Ah. We’ve always done it that way, so why change now?’ I guess it depends how old you are. I think some music lovers would be happy just to cherrypick everything, and not necessarily from the same band.”

This past June, DEF LEPPARD singer Joe Elliott confirmed to Cleveland.com that he and his bandmates have been trading ideas virtually during the pandemic and are “ahead of the game” with respect to the new LP’s progress.

In May, Joe told Download festival host Kylie Olsson that “there’s a lot of work to be done” before the completion of the new DEF LEPPARD album. “But we have not let the year go to waste,” he said.

Addressing the fact that it’s been nearly six years since DEF LEPPARD last released album, 2015’s self-titled effort, Joe told Download: “The industry being what it is, we’re all aware of the fact that there’s an element of the media that can’t let go of the fact that records aren’t that important anymore. And I know that’s a sad thing to say, but it’s a fact of life. Touring is massively important — way more than it was when you went out promoting records when they were important. Especially for legacy bands or whatever you wanna call ’em. Listen, I went to see THE ROLLING STONES in 1989 in case one of them died. That’s 1989. They haven’t had a death since the 1960s.

“I’m aware of the fact that when you’ve got a history — whether it be THE EAGLES or FLEETWOOD MAC or any of the bands from the ’80s, like us and [IRON] MAIDEN and whoever else, we’ve got this legacy audience as well that wanna see us continue the journey, if you like. And that’s become way more important.

“When we finished that [2015] album, we never really thought about making another record until we just felt the timing was right,” Elliott explained. “And we always just fall into place. We’re constantly writing songs, so when it comes to piecing songs together, it’s not like they’re all absolutely brand spanking new, just written, hot-off-the-press stuff. Some of them are ideas that have been percolating for a year or two with a piece missing. And you wait and you wait and you wait, and then you have this epiphany, or one of the other guys goes, ‘Why didn’t you ask? I’ve got a bit that would fit in there perfect.’ So there’s been a lot of that going on. But that’s a constant; that’s nothing to do with coronavirus. We’ve been doing it since the ‘Def Leppard’ album came out, and we will continue to do it, whether we release an album or not. We’ve got songs in our heads.” 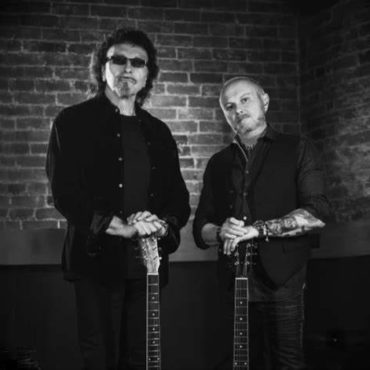 BLACK SABBATH guitarist Tony Iommi has released "Scent Of Dark", his first musical composition since writing a classical piece for the Birmingham Cathedral in 2017 and his first rock song since SABBATH's "13" album in 2013. To coincide with "Scent Of Dark"'s arrival, Iommi has announced that he will also release a fragrance, designed in collaboration with luxury Italian perfume house Xerjoff and Sergio Momo. Written by Iommi, "Scent Of Dark" features Tony alongside Momo on guitar, Jimmy Crutchley on bass, Ash Sheehan on drums, Rebecca Rose on cello and Julianne Bourne on the violin. "I've had the […]