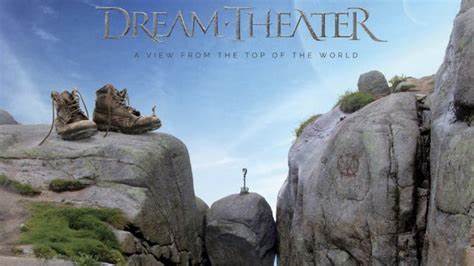 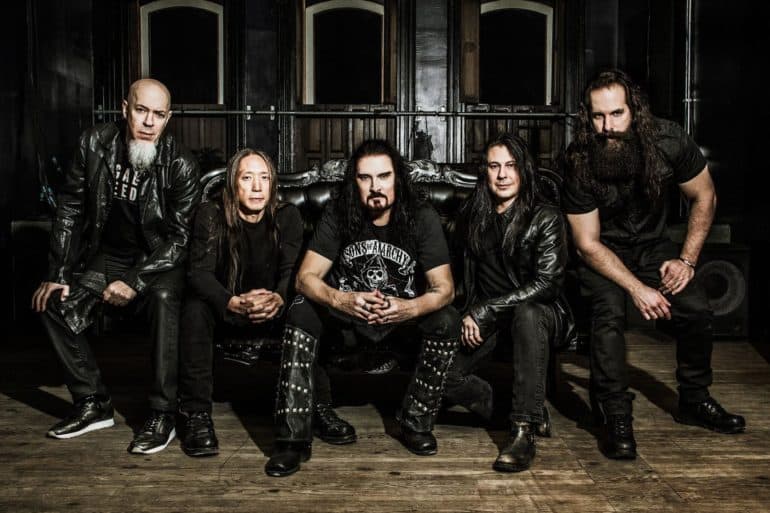 Progressive metal masters DREAM THEATER have released a music video for the song “Awaken The Master”. The track is taken from the band’s 15th studio album, “A View From The Top Of The World”, which came out on October 22 via InsideOut Music/Sony Music. The artwork was created by longtime cover collaborator Hugh Syme (RUSH, IRON MAIDEN, STONE SOUR).

The “Awaken The Master” clip is a frenetic, high-definition CGI marvel from long-time collaborator Wayne Joyner. It also marks the first recorded use of an eight-string guitar by DREAM THEATER‘s John Petrucci. The track was the last one recorded for the album and clocks in at an impressive nine minutes and 47 seconds — making it the third longest song on “A View From The Top Of The World”.

Petrucci said: “It’s the last song we wrote. It’s also the first time I’ve used my eight-string guitar, which was fun for me. Back in the day when we were writing ‘Awake’, I’d always wanted to play a seven-string. So, I ordered myself one. I wanted to be inspired again by the instrument without any pre-conception. I used it, and I wrote in my style on the eight-string. It was actually a prototype! ‘Awaken The Master’ purposefully starts with guitar only. [Bassist] John Myung wrote the lyrics. Recently, I heard him say, ‘The master was your heart.’ He was referring to awakening your heart. It’s one of the heavier songs on the record due to the range of the instrument.”

DREAM THEATER — comprised of James LaBrie, John Petrucci, Jordan Rudess, John Myung and Mike Mangini — was in the middle of a sold-out world tour in support of their last release “Distance Over Time” and the 20th anniversary of “Scenes From A Memory” when a global pandemic brought the world to a stop. The musicians found themselves at home, with LaBrie in Canada and the rest of the group in the States. As fate would have it, they’d just finished construction on DTHQ (Dream Theater Headquarters) — a combination live recording studio, rehearsal space, control room, equipment storage, and creative hive. With LaBrie in Canada, he initially wrote with the band via Zoom on a monitor in DTHQ. In March 2021, he flew down to New York, quarantined, and recorded his vocals face to face with Petrucci.

Petrucci recently stated about the “A View From The Top Of The World” title: “Honestly, titling records is a funny thing because sometimes it comes really quickly — sometimes it even comes before — and sometimes it’s really hard trying to come up with, ‘What is the title that’s gonna reflect what this album is all about?’ This one, it was difficult. There was nothing that was really coming to mind. The things that were were… I don’t know. It’s hard to be original. Things you used or it just didn’t quite do it.

“I remember the discussions we were having [were] that the music was really powerful; it was dark, but it was also positive; there’s a lot of energy; there’s a lot of spirit,” he continued. “So, what would kind of encapsulate that? Eventually, one of the songs on the album is the epic ‘A View From The Top Of The World’, the title track. I had a list of dozens and dozens and dozens and dozens [of titles]… And then one day I just kind of saw that, and I was, like, ‘You know what? That’s pretty damn DREAM THEATER-y as a title.’

“Like anything that we do, I just pose it to everybody and say, ‘What do you guys think of it?'” John added. “I think the time when you know that it is the title, or it is the decision, whatever it may be, it’s when everybody kind of comes back, like, ‘Yes. That’s so cool.’ I remember everyone was, like, ‘That’s such a positive title. That’s cool. Love it. Thumbs up.’ Blah blah blah. And you know. Then you’re, like, ‘Okay, cool.'”

“A View From The Top Of The World” was produced by Petrucci, with engineering and additional production by James “Jimmy T” Meslin and mixing and mastering by Andy Sneap. 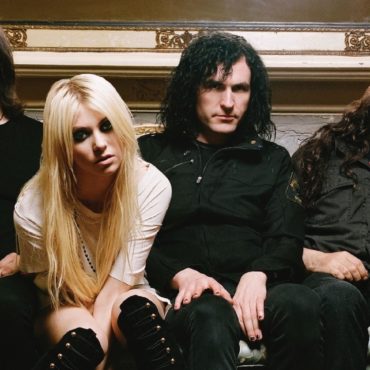 THE PRETTY RECKLESS will play a pair of shows at Brooklyn Made in New York at the end of March. The Taylor Momsen-fronted outfit announced the dates in a social media post earlier today. The group wrote: "THE BEGINNING! For our first shows in almost FOUR YEARS we are going back to where it all started…NEW YORK!!! We are playing a few intimate warmup shows at the brand new venue Brooklyn Made in March, […]