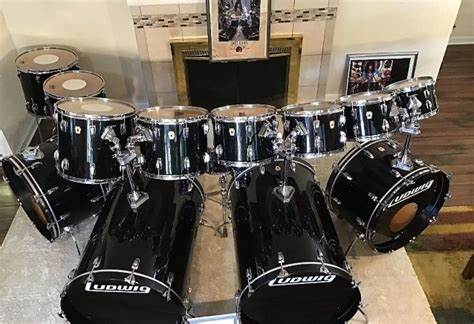 A Ludwig 12-piece drum set made for and owned by late KISS drummer Eric Carr is being sold via Reverb. The set comes with a certificate of authenticity from the Eric Carr estate.

In the Reverb listing, the seller of the Carr kit writes: “While I was playing in a KISS tribute band in 2005, my dream came true when I bought this kit from Paul Orofino, one of Eric‘s closest friends and the one who recorded Eric‘s audition demo tape for KISS. Paul told me Eric gifted him this drum set, Simmons pads and, I believe, his chrome Chikara set, and Eric had it sent freight right after his video shoot for ‘God Gave Rock ‘N’ Roll To You II’ song by KISS, from Los Angeles to Paul‘s recording studio in Milbrook, NY. Paul said he recorded albums by BLUE ÖYSTER CULT and other popular bands with some of the drums from this set.”

Carr replaced Peter Criss in KISS in 1980 and made his recording debut with the band on 1981’s “Music From ‘The Elder'” album. His final recording with KISS was “God Gave Rock And Roll To You II”. His last public appearance before his death was at the MTV Video Music Awards in September 1991.

Carr contributed his talent to the bands many gold and platinum albums during his tenure, and can be heard on the band’s many hit songs from the 1980s, including “Lick It Up”, “Heaven’s On Fire”, “Crazy Nights”, “Tears Are Falling” and “Forever”, to name a few. In addition to his musical contributions, Carr was equally known for his inviting personality and genuine love for the fans. From the time he joined the band to this very day, Carr remains one of the most beloved members of the KISS family.

Back in 2011, on the 20th anniversary of Eric‘s passing, KISS frontman Paul Stanley stated about Carr: “At a time when KISS was in the midst of upheaval and turmoil, Eric brought calm and an optimism that refocused our priorities so we could move forward. I can’t overstate his contribution to our rebirth. His dedication to his music was only matched by his dedication to his fans. He was a kind soul who couldn’t say an unkind word about anyone and I think of him all the time.”

Added KISS bassist/vocalist Gene Simmons: “I never knew anyone more humble in my life. Eric Carr was a kind soul who never said anything bad about anybody. He was also a double threat on drums, and vocals. I miss him.”

As previously reported, an official Eric Carr documentary, backed by the late KISS drummer’s family, is in the works.

In 2000, MVD Visual released an Eric Carr documentary called “Inside The Tale Of The Fox: The Eric Carr Story”. The 120-minute documentary, directed by Jack Edward Sawyers, included extra footage, outtakes, pictures and interviews, as well as previously unreleased music written and performed by Eric from his pre-KISS and KISS days, plus interviews with Bill Aucoin, Bruce Kulick, Carrie Stevens, members of SLAUGHTER, Fred Coury, and more.

Carr was inducted into the Metal Hall Of Fame on September 12 via a free livestream event hosted by Cathy Rankin. 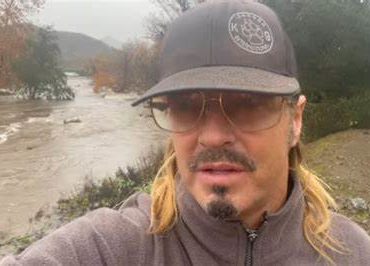 POISON frontman Bret Michaels, who resides in Southern California, has shared video of the flooding in and around Los Angeles this morning. In one of the clips, which can be seen below, Bret can be heard saying: "Yesterday we had a little rain and barely a dry creek bed with a trickle. Now it is a mass flood. Half these people can't even get across or through their driveways. I'm gonna go see if […]