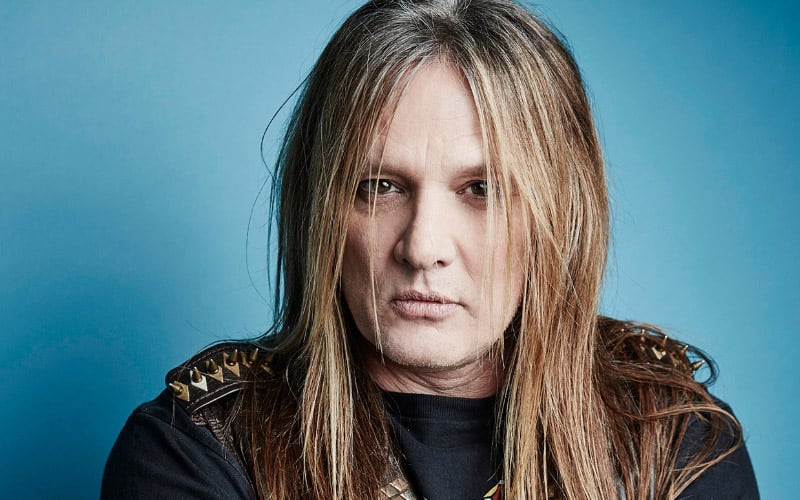 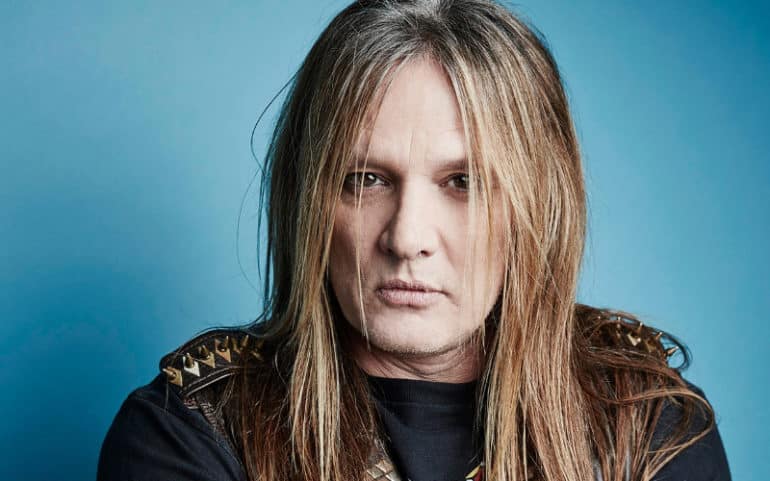 Former SKID ROW singer Sebastian Bach will celebrate the 30th anniversary of the band’s second album, “Slave To The Grind”, on a U.S. tour this fall. He will perform the LP in its entirety at all shows on the trek, which will kick off in October, with exact dates to be announced soon.

Earlier today, Sebastian shared an unboxing video of the latest vinyl release of “Slave To The Grind”, which came on Record Store Day in 2020, and he included the following message: “30 years ago today the album ‘Slave To The Grind’ became the very first heavy metal album in history to debut at number one on the Billboard album chart. My father was commissioned by Atlantic Records to create and paint the cover for the album which I have had on my wall for 30 years now.

“Here’s a video unboxing the latest vinyl release of ‘Slave To The Grind’ which came out last Record Store Day in 2020. Maybe one day we can come together as a band and give the fans what they deserve which is a proper release from the master original tapes. Until that time see if you can find an original pressing of the record but they are not easy to find.

“How ironic is it that Michael Wagener the producer of ‘Slave To The Grind’ announces his retirement the same year some complete strangers take over our record and do whatever they want without any of our say or knowledge. Oh well that’s showbiz I guess.

“Anyways get ready for the ‘Slave To The Grind’ 30th Anniversary Tour starting this October in the United States! Details TBA get ready to rock mother Truckers!!!”

Bach previously performed “Slave To The Grind” in its entirety in October 2019 at the Whisky A Go Go in West Hollywood, California. Earlier that fall, he completed a U.S. tour during which he celebrated the 30th anniversary of SKID ROW‘s self-titled debut album.

Last summer, SKID ROW bassist Rachel Bolan told SiriusXM‘s “Trunk Nation With Eddie Trunk” that he and his bandmates would embark on a “Slave To The Grind” 30th-anniversary tour in 2021. “We’ll do the album in its entirety, and then we’re gonna do a bunch of stuff to coincide with it,” he said. “We’re pretty psyched, and the shows are booked. We’re keeping our fingers crossed that everything is gonna come to pass… It’ll be cool, to go out there and do ‘Slave To The Grind’ top to the bottom. That’ll be fun.”

According to Bolan, SKID ROW didn’t celebrate the 30th anniversary of the band’s self-titled debut album in 2019 because “the timing didn’t really work out. We had so much other stuff planned, and then all of a sudden, boom, it was here,” he explained. “Maybe down the road [we’ll celebrate it]. Maybe [for the] 40th [anniversary]. [Laughs]”

In June 2019, Bach issued an “open invitation” to the other members of SKID ROW‘s classic lineup to “get onstage and jam” during the vocalist’s last tour. A few days later, during an interview with Finland’s Kaaos TV, guitarist Dave “Snake” Sabo confirmed that he would not accept Bach‘s latest overture. “I’m working with my band,” he said. “This is SKID ROW, and this is what I do.”

Drummer Rob Affuso — who left SKID ROW in 1998 and claims to be “the only former member that keeps in contact with all former SKID ROW bandmates and is still good friends with them all” — subsequently joined Bach in September 2019 at Sony Hall in New York City to play the band’s classic song “Makin’ A Mess”.

Asked by Rolling Stone if he thinks his former bandmates are offended that he put his invitation out there publicly, Bach said: “No. I think it’s an ego thing. They don’t like when I get attention, and they don’t get attention. It’s always been like that. I can already see them getting mad, because I’m selling out shows, and they’re not part of the show, and blah, blah, blah.”

Bach fronted SKID ROW until 1996, when he was fired. Instead of throwing in the towel, the remaining members took a hiatus and went on to play briefly in a band called OZONE MONDAY.

In 1999, SKID ROW reformed and, after a bit of shuffling over the years, featured a lineup consisting of Bolan and guitarists Sabo and Scotti Hill, alongside Hammersmith and singer Johnny Solinger.

In February 2019, Sabo told “Trunk Nation With Eddie Trunk” that SKID ROW came “pretty close” to reuniting with Bach after Harnell‘s exit from the band. But then he clarified: “I said ‘pretty close,’ and that’s actually not true. Because we didn’t get beyond text messaging each other, to be quite honest. The same old stuff just seemed to exist where there was this confrontational sort of demeanor going back and forth between myself and Sebastian.

“I’m so proud of what we were able to create throughout the entire history of this band, and that will never change,” he continued. “But some things just don’t work anymore and people go their separate ways and you can’t get that back together. And I’m fine with that.

“I play music to be happy,” Sabo added. “I don’t play music for a paycheck. It’s great to get paid to do what you love. But I’ve never done it for the money. It’s always been about my love of music, and that’s what it still is. At my old crusty age, it’s still because I love the guitar and I love creating. And I love the response. I love being able to connect in some way with an audience. That’s why I started playing music — because I didn’t know how to communicate, so it came out through music, through songs.

“A reunion [with Sebastian] would have been great for a lot of other people who have wanted to see that happen,” Snake said. “But for us, it would not have been pleasurable, to be quite honest.” 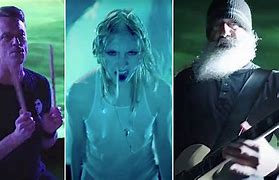 THE PRETTY RECKLESS's music video for the song "Only Love Can Save Me Now" can be seen below. The track, which features special guests Matt Cameron and Kim Thayil, both members of SOUNDGARDEN, is taken from THE PRETTY RECKLESS's latest album, "Death By Rock And Roll", which was made available in February via Fearless Records in the U.S. and Century Media Records in the rest of the world. "Only Love Can Save Me Now" was recorded at Seattle's legendary London Bridge Studios, where seminal […]