FOZZY will release a new single, “Sane”, on Friday, May 28. The track is taken from the band’s upcoming album, to be made available later in the year. A short teaser for the “Sane” music video is available below.

This past February, FOZZY singer Chris Jericho told Detroit’s WRIF radio station that the follow-up to 2017’s “Judas” album would “continue with the momentum that ‘Judas’ started for us three years ago.”

Last summer, Chris revealed that FOZZY‘s next LP will contain 12 songs, including one cover.

In May 2020, Jericho told Australia’s Triple M radio station that FOZZY has “so many great songs” written for the new LP that “it’s gonna be hard to pick the singles.”

Guitarist Rich Ward and producer Johnny Andrews once again did “the lion’s share” of the songwriting for the new LP, which was recorded primarily in Atlanta, Georgia.

Released in August 2019, “Nowhere To Run” was FOZZY‘s third single to hit Top 10 on rock radio, following “Judas” and “Painless”. 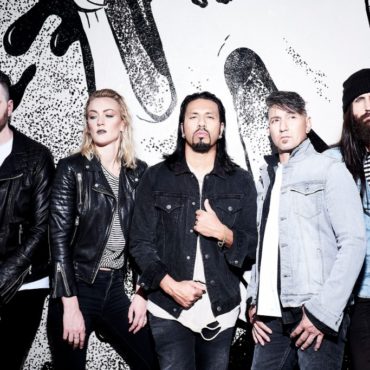 Mainstream rock titans POP EVIL will embark on a headlining tour this summer in support of their new album, "Versatile", out now via Entertainment One (eOne). The "Versatile" tour will kick off on July 14 with an outdoor show in Lake County, Illinois and run across the U.S. until September 23 including stops at several of the major rock festivals — Rocklahoma, Aftershock and Inkcarceration — as well as supporting SHINEDOWN. Support on the trek will come from special guests ZERO 9:36, BRKN LOVE and LIKE MACHINES (on […]