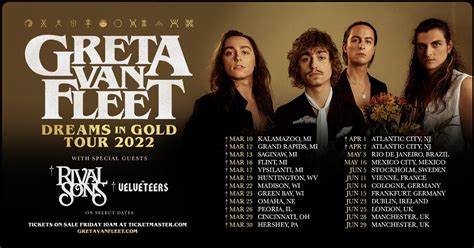 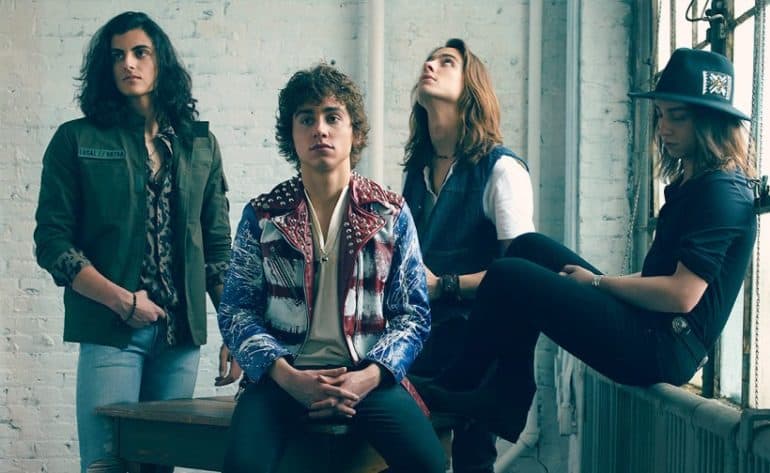 Following this year’s sold-out headline events and a #1 Billboard Rock Album, Grammy-winning rock band GRETA VAN FLEET has announced the “Dreams In Gold” tour, which kicks off March 10 with the band making a triumphant return to their original stomping grounds in Michigan for a string of arena shows followed by Midwest dates and international shows in Mexico and Europe. Grammy-nominated group RIVAL SONS and critically acclaimed rising artist THE VELVETEERS will support the North American shows.

“The Battle At Garden’s Gate” explores the boundaries of the group’s artistry and reflects heavily on the individual members’ personal and spiritual growth during their rapid rise. “There was a lot of self-evolution happening during the writing of this album that was prompted by experiences I had, experiences we all had,” explains vocalist Josh Kiszka. “It’s reflecting a lot of the world that we’ve seen, and I think that it’s reflecting a lot of personal truth.” 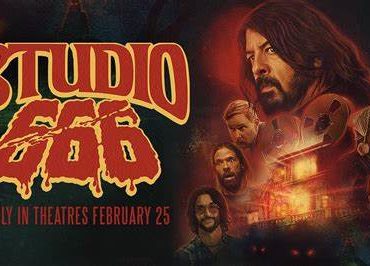