GUNS N’ ROSES has just dropped a brand new song called “Hard Skool”. The track, which had the working title “Jackie Chan”, was originally recorded during GN’R‘s “Chinese Democracy” era but was eventually omitted from that album. Short clips of the song were later posted online and a full version was leaked in August 2019.

More recently, the partially reunited classic lineup of GUNS N’ ROSES rehearsed the track during soundcheck at several concerts on the band’s summer 2021 tour but has yet to perform it live.

Rumors of the new song’s imminent release began to circulate earlier in the month after a fan was reportedly told about it by frontman Axl Rose when they met backstage at a recent show in Atlantic City.

“Hard Skool” is the second “new” GUNS N’ ROSES song to be released in less than two months. It follows the arrival of “Absurd”, a reworked version of a previously unreleased track called “Silkworms”, which came out on August 6, three days after the band performed the tune live for the first time during its concert at Boston’s Fenway Park. 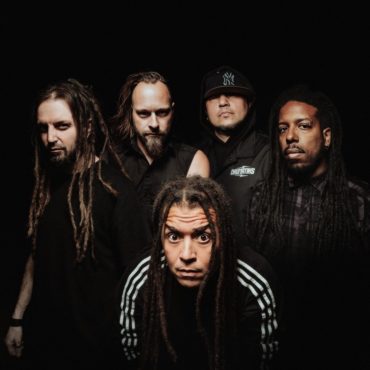 NONPOINT has released its cover version of "When Doves Cry" to all major platforms today. The single was originally released by PRINCE AND THE REVOLUTION in 1984 and was one of the hit singles from the album "Purple Rain". Vocalist Elias Soriano says: "Our fans throughout the years have always had a quiet romance with the songs we like to cover. Seeing that our biggest showing in that category, our cover of Phil Collins's 'In The Air Tonight', was a […]