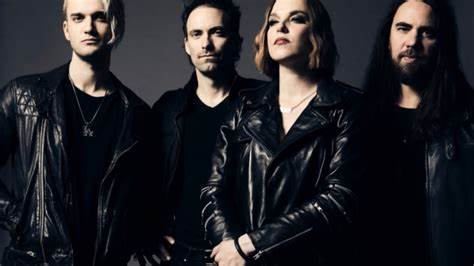 Grammy-winning hard rock band HALESTORM, which will release its fifth studio album, “Back From The Dead”, on May 6, today announced new U.S. headline dates in May, their first U.S. shows since the conclusion of their co-headline dates with EVANESCENCE in January.

Kicking off May 10 in Billings, Montana, and running through May 30 in Missoula, the dates, which include festival stops at St. Louis’s Point Fest on May 21 and Daytona Beach’s Welcome To Rockville on May 22, will include various openers, including rock icons STONE TEMPLE PILOTS; MAMMOTH WVH, the hard rock band fronted by Wolfgang Van Halen; and Southern rock staples BLACK STONE CHERRY.

Last week, HALESTORM premiered their video for “The Steeple”, the second single to be released from “Back From The Dead” now making its way up rock radio charts. To lead singer Lzzy Hale, the video, like the song itself, is “a reflection of the human connection music brings us.”

In honor of Record Store Day, HALESTORM will release a limited-edition seven-inch die-cut version of the song “Back From The Dead” in the shape of a tombstone. Look for it at your favorite independent record store.

“Back From The Dead”, HALESTORM‘s newest full-length album, produced by Nick Raskulinecz (FOO FIGHTERS, MASTODON, ALICE IN CHAINS) with co-production by Scott Stevens (SHINEDOWN, DAUGHTRY, NEW YEARS DAY), will be available everywhere May 6. The band began writing the album pre-pandemic, but continued throughout lockdown, and the result “is the story of me carving myself out of that abyss,” said Lzzy. “It is a journey of navigating mental health, debauchery, survival, redemption, rediscovery, and still maintaining faith in humanity.”

HALESTORM has grown from a childhood dream of siblings Lzzy and Arejay Hale into one of the most celebrated rock bands of the last two decades. HALESTORM‘s music has surpassed a billion streams worldwide. Called a “muscular, adventurous, and especially relevant rock record” by Rolling Stone, “Vicious” earned the band their second Grammy nomination, for “Best Hard Rock Performance” for the song “Uncomfortable”, the band’s fourth No. 1 at rock radio, and led Loudwire to name HALESTORM “Rock Artist of the Decade” in 2019. Fronted by Lzzy with Arejay, guitarist Joe Hottinger, and bass player Josh Smith, HALESTORM has earned a reputation as a powerful live music force, headlining sold-out shows and topping festival bills around the world, and sharing the stage with icons including HEAVEN & HELL, ALICE COOPER and Joan Jett. 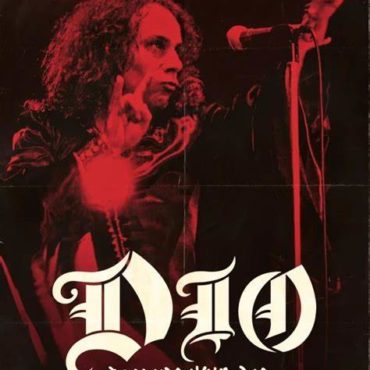 The official poster for "Dio: Dreamers Never Die", the career-spanning documentary on the life and times of the legendary rock icon Ronnie James Dio, can be found below. The film will receive its world premiere at this year's SXSW Film Festival. This year, SXSW will take place in person in Austin, Texas from March 11 to March 20, with select films available online. Every film will have an in-person SXSW 2022 premiere as the festival readies for […]