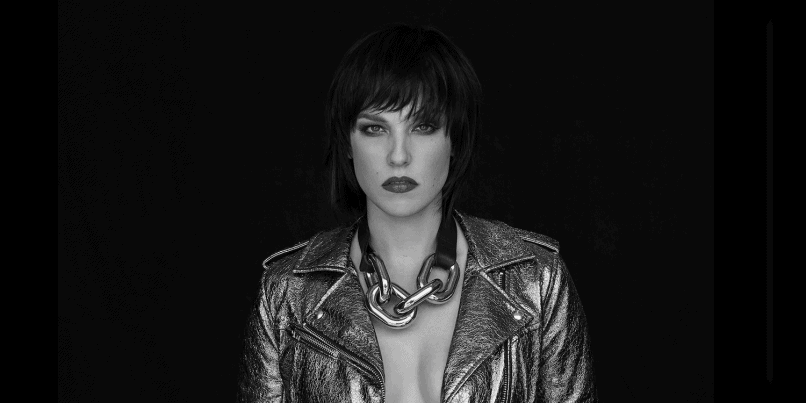 THE PICTUREBOOKS, the German biker-blues duo consisting of Fynn Grabke and Philipp Mirtschink, has already caused a sensation this year with various collaborations like Dennis Lyxzén (REFUSED) and Neil Fallon (CLUTCH) and additional musical guests Ryan Sinn (THE DISTILLERS) and Dave Dinsmore (Brant Bjork), presenting the band to an even larger audience.

The hard-working band gained so much inspiration from these experiences to strive for even more astonishing collaborations and are now pleased to announce that they have recorded a song with the outstanding Grammy-winning vocalist Lzzy Hale of HALESTORM.

“Rebel” will premiere on Friday, May 14 and will be accompanied by a stunning video filmed in Nashville and Berlin by THE PICTUREBOOKS and Lzzy Hale.

THE PICTUREBOOKS stated about the collaboration: “‘Rebel’ started out as an idea with Lzzy in mind and quickly surpassed everybody’s expectations. Lzzy tapped into something really special with both lyrics and vocal performance, and when we heard her voice on the track for the first time, we were totally blown away! Give this one a listen at full volume and be ready to be floored!”

THE PICTUREBOOKS‘ latest album, “The Hands Of Time”, came out in 2019 via RED Music. The disc was mastered by Brian Lucey (BIFFY CLYRO, MARILYN MANSON, THE BLACK KEYS, GHOST) at Magic Garden Mastering.

After relentlessly touring their previous two albums worldwide with over 350 shows in three years, THE PICTUREBOOKS went back to their very own recording studio, boosting with inspiration and self-confidence. The goal was to add a new vibe to their music while still keeping true to THE PICTUREBOOKS sound aesthetic. They used their new-found inspiration to work harder on the production of “The Hands Of Time” and to experiment with their signature sound and even introduced new instruments such as piano and tubular bells. They handcrafted some of their own percussion instruments as well, which they will be taking on the road with them to further spice up their energetic live shows. “The Hands Of Time” is about accepting and celebrating nothing but the truth, the ups and downs of life, the tears and laughter and the deep friendship between the two bandmembers Grabke and Mirtschink.

ILL NIÑO Teams Up With P.O.D.’s SONNY SANDOVAL For New Single ‘All Or Nothing’

ILL NIÑO has released a video for the new track "All Or Nothing", featuring a guest appearance by P.O.D. vocalist Sonny Sandoval, from the group's forthcoming album, "IllMortals". "Like P.O.D., ILL NIÑO have always incorporated their culture, roots and heritage into their music and sound, which have set them apart in this metal scene for over two decades," Sandoval says. "It was my honor and privilege to have contributed to this record. After knowing them for 20 years now, I don't […]