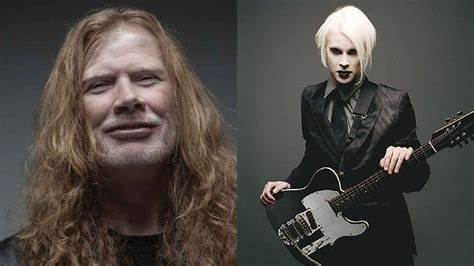 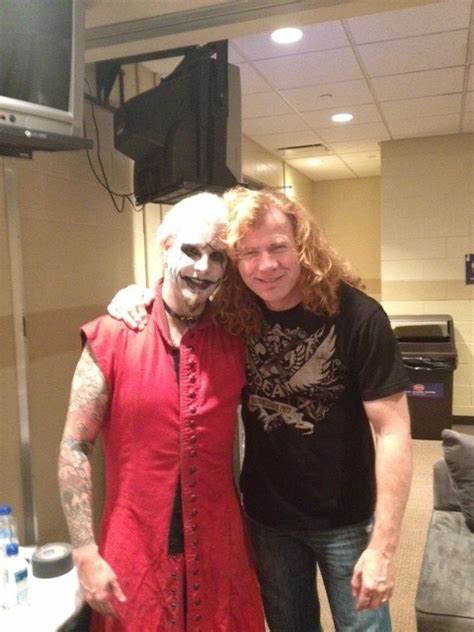 During his current solo tour, former MARILYN MANSON and current ROB ZOMBIE guitarist is performing a new song called “Qué Pasa”. The track, which will be included on John‘s next studio album, “Sinner”, features a guest appearance by MEGADETH leader Dave Mustaine.

Regarding how Mustaine came to be involved with the record, John 5 told AL.com: “We had a sample from James Brown, and the record company was, like, ‘We can’t use that sample. We’ll get sued. Who would you want to use?’ And I was, like, ‘Well, I would love to use Dave Mustaine.’ So I reached out and he agreed, and he really liked the song and that’’s gonna be the first video as well. It’s called ‘Qué Pasa’.”

John 5 originally shared the news of Mustaine‘s appearance on “Sinner” in an interview last month with the 95.5 KLOS radio station. At the time, he said: “We have Dave Mustaine doing a little vocal thing. ‘Cause we have these little vocal hooks in each song. So it’s super cool. And Mustaine did it. And it sounds so good. I love MEGADETH so much, so I was, like, ‘Oh my God. We’ve gotta see if Mustaine will do it.’ And he kills it.”

Fan-filmed video footage of John 5 performing “Qué Pasa” — featuring Mustaine‘s vocals on a backing tape — at a couple of different stops on his current tour can be seen below.

“Sinner”, which is due on Halloween, will also feature a guest appearance by original KISS drummer Peter Criss. John 5, whose real name is John William Lowery, first discussed Criss‘s involvement with “Sinner” during an appearance on Sirius XM‘s “Trunk Nation With Eddie Trunk”. He said: “Peter Criss is playing drums on the song ‘Georgia On My Mind’, which is the last song on the record. And I’m telling you… This guy… Barry Pointer, my producer, flew out to Peter‘s house, set up a couple of mics. Now, this is a jazz type of song, and Peter is known for that jazz feel he has. I shit you not, he sat behind those drums, played two takes. Barry‘s mouth was dropped open. Wait till you hear this. I mean, it was perfect.”

John 5 continued: “It’s something you can’t teach, is this feel and this vibe. And he nailed it in two takes. And Barry was, like, ‘Well, what do we do now?’ It took him, like, literally probably eight minutes. And it was just perfect. He was, like, ‘There’s nothing else we can do. That was perfect.'”

John 5 has worked with a varied range of artists, performing as guitarist for some of the biggest headlining rock bands in the world such as ROB ZOMBIE and MARILYN MANSON, as well as playing session with Paul Stanley, Rod Stewart, LYNYRD SKYNYRD and more. Slash has called John 5 “one of the most mind-blowing guitarists around,” and Rob Zombie has dubbed him “a fucking shredder.” John 5 has released nine solo albums to date, as well as a remix album, and has written music for the likes of Avril Lavigne, GARBAGE, Ricky Martin and others.

JOHN 5 AND THE CREATURES‘ latest album, “Invasion”, was released in July 2019.

The surviving members of NIRVANA as well as the estate of Kurt Cobain have been sued by Spencer Elden, the man who claims he was the baby featured on the cover of the band's "Nevermind" album. Elden alleges the image of the baby reaching for a dollar in a swimming pool violated federal child pornography statutes and argues child sexual exploitation. In the complaint filed in Los Angeles federal court, which also names photographer Kirk Weddle and the various record companies […]