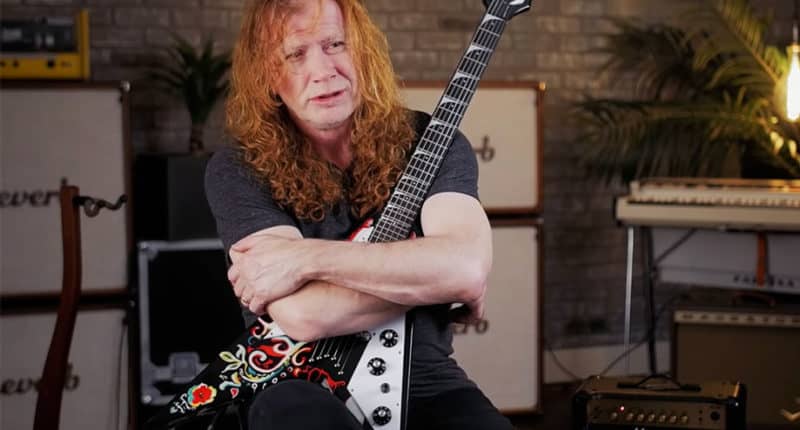 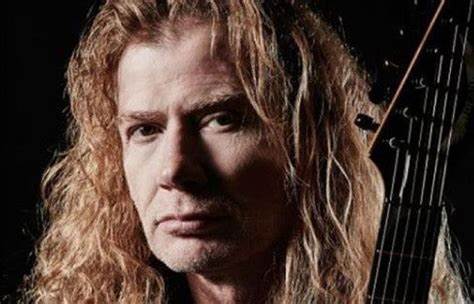 The MEGADETH leader, who turned 60 in September, shared the clip while filming a new video message on Cameo, which lets users hire celebrities to record brief, personalized video messages about virtually any topic.

Addressing a fan named Gabe, Dave said (as transcribed by BLABBERMOUTH.NET): “I will play you something that’s been recorded already and is special. How would you like to hear a little bit of the new album? This is song two from side one. It’s called ‘Life In Hell’.”

After playing the song snippet, Dave added: “There you go. A little special surprise for you, buddy. So I think that makes you the first person in the outside world — outside of the studio and the band and my family — that’s heard any music from the new record.”

Mustaine charges $299 for each of his Cameo videos for personal use $2,093 for a video for business use.

Earlier this month, Mustaine revealed that MEGADETH‘s new album, “The Sick, The Dying And The Dead” has been mastered and is “super close” to being released. The follow-up to 2016’s “Dystopia” is tentatively due in the spring of 2022.

In a recent interview with American Songwriter magazine, Mustaine said “The Sick, The Dying And The Dead” title track is about the plague, but not solely centered around the current pandemic. A broader, more historical scope of the diseases that have plagued humankind throughout time, “The Sick The Dying And The Dead” covers the current virus, swine flu, and other epidemics from centuries past.

“The song itself was a historical journey of how the plague started and where it went, starting with rats on ships carrying the disease, coming ashore in Sicily,” Mustaine said.

According to Mustaine, the music for “The Sick, The Dying And The Dead” was assembled from riffs and music he has had archived for years, some as far back as his teens. “A lot of the riffs have been saved over time,” he said. “A brand new song can be made up of something I wrote when I was 15 or 55. If It’s a good riff, I’ll save it.”

Mustaine added that guitarist Kiko Loureiro and drummer Dirk Verbeuren were both involved in piecing together the songs on the album, which was recorded mostly in Nashville, with Loureiro working on his parts from his home in Finland.

Ellefson was fired from MEGADETH after sexually tinged messages and explicit video footage involving the bassist were posted on Twitter.

MEGADETH recently completed “The Metal Tour Of The Year” with LAMB OF GOD, TRIVIUM and HATEBREED.

For “The Metal Tour Of The Year”, MEGADETH was rejoined by bassist James LoMenzo for the first time in nearly 12 years.

LoMenzo joined MEGADETH in 2006 and appeared on two of the group’s studio albums, 2007’s “United Abominations” and 2009’s “Endgame”. He was fired from the band in 2010 and replaced with a returning Ellefson. 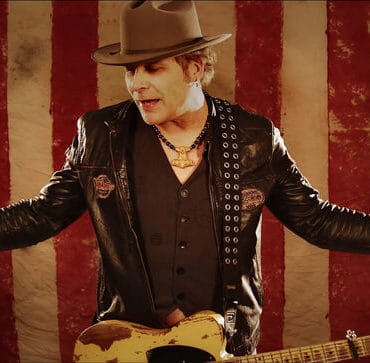 Former WHITE LION frontman Mike Tramp will release a new single, "You Only Get To Do It Once", on January 7. It is described in a press release as "an honest, stripped-down rock song with all elements that make Tramp such a recognized and loved artist — an autobiographic reflection with a disarming chord progression and a melody that will haunt you for days." Tramp stated about the track: "It seems that all I do these days, is […]