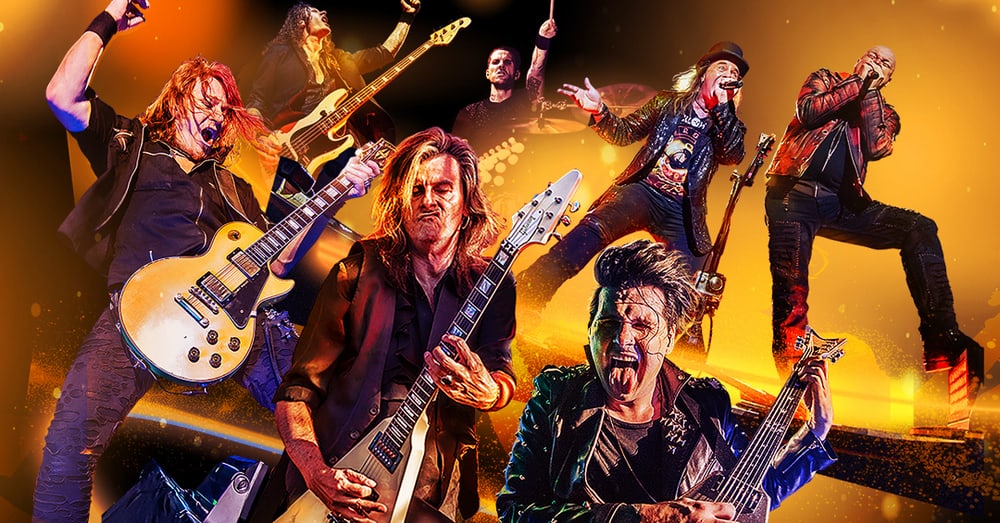 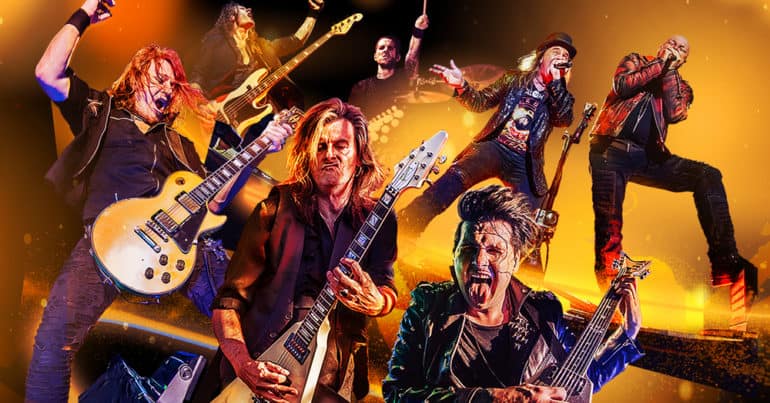 The new, self-titled album from the reunited expanded classic lineup of German power metallers HELLOWEEN has landed in the Top 10 in more than 10 countries, including Germany, Spain, Finland, Sweden, Switzerland and Austria.

The cover artwork for “Helloween” was painted by artist Eliran Kantor, who has previously worked with HATEBREED, SOULFLY, TESTAMENT, ICED EARTH and SODOM, among others.

Produced by Charlie Bauerfeind and Dennis Ward, the new HELLOWEEN LP was recorded in part at the H.O.M.E. Studios in Hamburg (where everything started in 1984). The same recording console used for such HELLOWEEN albums as “Master Of The Rings”, “Time Of The Oath” and “Better Than Raw” was utilized to record the band’s new material. The effort was mixed at the Valhalla Studios of Ronald Prent (IRON MAIDEN, DEF LEPPARD, RAMMSTEIN).

HELLOWEEN‘s new album saw the legendary German power metallers going “back to the roots,” with the band recording fully analogue and Löble playing the drum kit previously used by HELLOWEEN‘s original drummer, the late Ingo Schwichtenberg, on the legendary “Keeper Of The Seven Keys” recordings.

The “Pumpkins United” tour marked the first time Kiske had played live with HELLOWEEN since 1993. Hansen, who departed HELLOWEEN in 1988, had been joining the band onstage on various tours and festival appearances throughout the years. The set featured several duets with Kiske and his replacement, Deris, along with many rarely played songs, including “Kids Of The Century”, “Rise And Fall” and “Livin’ Ain’t No Crime”. Hansen — who fronted HELLOWEEN until late 1986 — sang a medley of several early HELLOWEEN classics, including “Ride The Sky”, “Judas”, “Starlight” and “Heavy Metal (Is The Law)”. 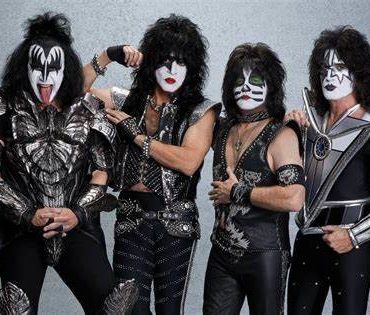 Kiss Consultant Predicts Brand Will Be Sold to ‘Conglomerate’

A writer and pop culture consultant who’s worked with Kiss for decades predicted that Gene Simmons and Paul Stanley would sell the brand to a “conglomerate” when the time comes for them to bow out. Both original members have regularly stated that they see a future for the organization after their retirement. In a recent interview with Vinyl Writer Music, the band’s catalog consultant, Robert V. Conte, shared his own thoughts. “Every incarnation of Kiss is unique […]