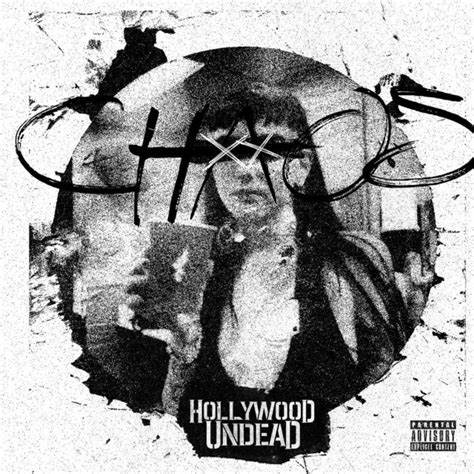 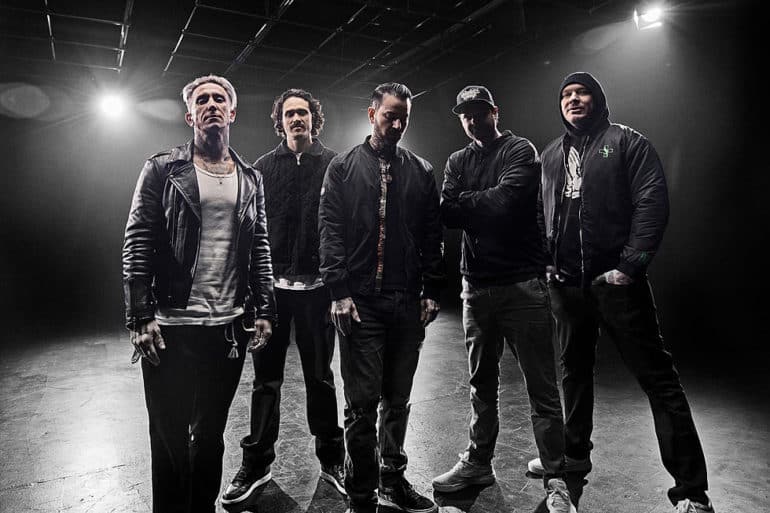 Los Angeles quintet HOLLYWOOD UNDEAD has released the official music video for its new single, “Chaos”. The haunting and artistically choreographed clip was directed by Jensen Noen, who has previously worked with ICE NINE KILLS, FALLING IN REVERSE and ASKING ALEXANDRIA. The track, produced by WZRD BLD a.k.a. Drew Fulk (Lil Wayne, BULLET FOR MY VALENTINE, Lil Peep), is among the heaviest to ever be released by the group, yet still combines dynamic elements of rap, hard rock and alternative in a way that is authentically UNDEAD. The track offers the first glimpse of the band’s yet-to-be-announced new album.

“‘Chaos’ is about getting to the end of the road, thinking you can finally rest, and realizing it’s not only more chaos, but that’s all there is ever gonna be. No rest for the wicked,” says HOLLYWOOD UNDEAD‘s Johnny 3 Tears.

HOLLYWOOD UNDEAD kicked off the “Kill The Noise” North American tour with PAPA ROACH and BAD WOLVES on March 1 with a sold-out show in Anaheim, California.

Formed in 2005, HOLLYWOOD UNDEAD has inched towards mainstream dominance under the radar. Preceding the current playlist-hopping genre-less boom, they defied stylistic boundaries from day one. Integrating rap, rock, and electronic, the seminal 2008 debut “Swan Songs” went platinum. 2011’s gold-selling “American Tragedy” bowed at No. 4 on the Billboard Top 200 with “Notes From The Underground” soaring to No. 2 in 2013. “Day Of The Dead” (2015) and “Five” (2017) brought the group’s total streams past 1 billion and “New Empire Vol 1” and “Vol 2” saw their combined streams across Spotify and YouTube hit a staggering two billion. Along the way, they’ve sold out tours on four continents and garnered acclaim courtesy of Rolling Stone, Billboard, Consequence, Alternative Press, Revolver and more. 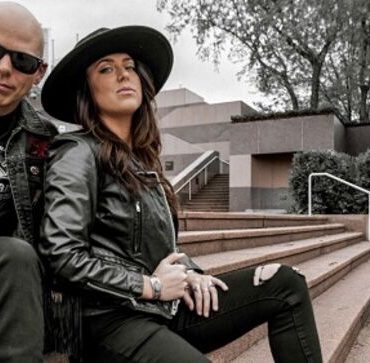 THE L.I.F.E. PROJECT, the musical meeting of minds between Grammy-nominated STONE SOUR guitarist Josh Rand and PARALANDRA vocalist/guitarist Casandra Carson, will release a new four-song EP, titled "Big F.O.U.R.", on March 18 via Bloodblast. The collection features a clutch of cover versions, one each from heavy music's pioneering icons METALLICA, SLAYER, MEGADETH and ANTHRAX. The duo's take on ANTHRAX's "Caught In A Mosh" is revealed today, to coincide with the EP's pre-order. In addition, the single's sleeve artwork was designed by none other than ANTHRAX drummer Charlie Benante. Rand comments: "Recording a 'Big […]