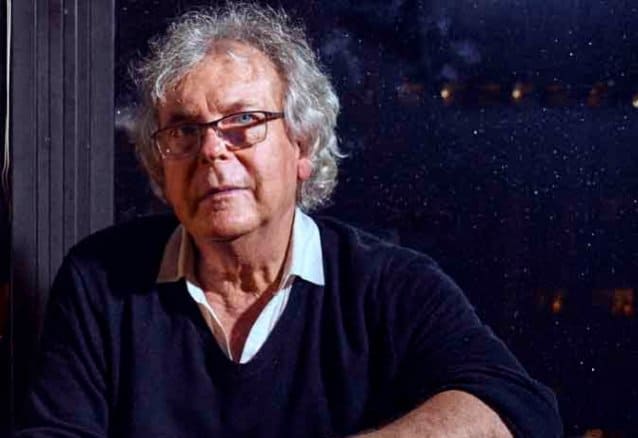 Ian McDonald, founding member of KING CRIMSON and FOREIGNER, passed away peacefully on February 9 in his home in New York City, surrounded by his family. He was 75 years old.

A master multi-instrumentalist, McDonald‘s musicianship was an integral part of launching celebrated progressive rock band KING CRIMSON. His keyboard and woodwind contributions led to the breakout success of the band’s debut album, “In The Court Of The Crimson King”, which is considered one of the most influential LPs of the genre. Blending elements of classical, jazz, and symphonic music, THE WHO‘s Pete Townshend called it “an uncanny masterpiece”.

McDonald has figured prominently on four of the biggest-selling albums of the 10-year period from 1969 through 1979, encompassing two completely different rock genres (pop rock and progressive rock).

McDonald further cemented his legacy with his work as a session musician, playing saxophone, keyboards, flute, vibraphone, and guitar. He appeared on numerous recordings throughout his career, including T.REX‘s iconic “Get It On (Bang A Gong)”.

Three years ago, McDonald said that he initially had second thoughts about leaving KING CRIMSON after “In The Court Of The Crimson King”, telling The Los Angeles Beat: “I used to have regrets about that, and that I should have stayed at least through the second album. But now I don’t regret it because had I stayed, things would have turned out very differently for me up until this moment… I’m very happy with the way things have played out since then.”

Asked in a 2017 interview with Glide Magazine if he was a musical child, Ian said: “Yeah, I listened to music as a child. There was an old upright piano that I used to plunk a bit on, I suppose. [Laughs] There was a Spanish-style guitar sort of lying around that my father had. We had a record player and thinking about it, I’m really glad. We had Les Paul and Mary Ford records and classical records and things like Scheherazade and things like that, so I did grow up listening to music, and then when rock and roll appeared, I got really interested and decided that’s what I want to do. People like Chuck Berry and Little Richard and others like Eddie Cochran and Gene Vincent and even Ricky Nelson — he made some great records as well. I got interested from that point of view, and then, of course, THE BEATLES came along and I was about sixteen years old and that was it. [Laughs]”

Ian McDonald is survived by his son Maxwell McDonald.

SLIPKNOT and STONE SOUR frontman Corey Taylor will release a solo album of covers and acoustic recordings, titled "CMFB…Sides", on February 25 via Roadrunner Records. "CMFB…Sides" comprises nine unreleased B-sides, covers of tunes that inspired Taylor, acoustic renditions, and live versions. Corey preserves the windows-down and arena-ready spirit of "On The Dark Side" made famous by JOHN CAFFERTY & THE BEAVER BROWN BAND in the 1983 film "Eddie And The Cruisers", and strips the 1981 classic "Lunatic Fringe" by RED RIDER down to a striking acoustic number. Furthermore, he and […]