“Belshazzar’s Feast” is the story of the writing on the wall in the Bible, and IRON MAIDEN fans have been speculating that the band has been teasing the announcement of its 17th album, possibly to be titled “Writing On The Wall”.

In the 14-second video message posted to MAIDEN‘s social media earlier today, the “Belshazzar’s Feast” poster is removed from a wall to reveal the slogan “WOTW”, which fans have theorized refers to “Writing On The Wall”.

Late last month, Dickinson sported a “Belshazzar’s Feast” shirt in a TV interview with Sky News. During the conversation, he teased MAIDEN‘s future plans, saying, “I can’t tell you what it is, but it’s right in front of you.”

A number of other recent MAIDEN-related graphics have featured the slogan “WOTW”. In addition, a “Belshazzar’s Feast” poster was spotted at the Download Pilot festival last month bearing the date “15/07” and the letters “IMXVII,” which fans believe are a reference to IRON MAIDEN and 17 in Roman numerals.

IRON MAIDEN hasn’t released any fresh music since 2015’s “The Book Of Souls” LP, which was recorded in late 2014 in Paris, France with longtime producer Kevin “Caveman” Shirley. 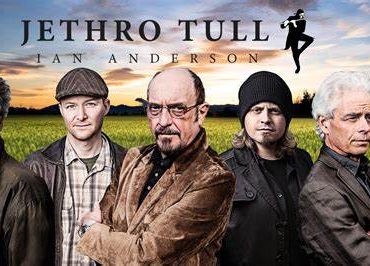 JETHRO TULL Signs With INSIDEOUT MUSIC; ‘The Zealot Gene’ Album Due In Early 2022

InsideOut Music/Sony Music has announced the signing of progressive rock legends JETHRO TULL. The band has already completed a new album titled "The Zealot Gene", which can be expected in early 2022. Ian Anderson had this to say about the new signing: "After 54 years in the world of music recording, it is with great pleasure that I now sign JETHRO TULL to a record company which reminds me, in many ways, of the old Chrysalis label — […]