KERRY KING On His Post-SLAYER Project: ‘It Will Be F**king Good’ 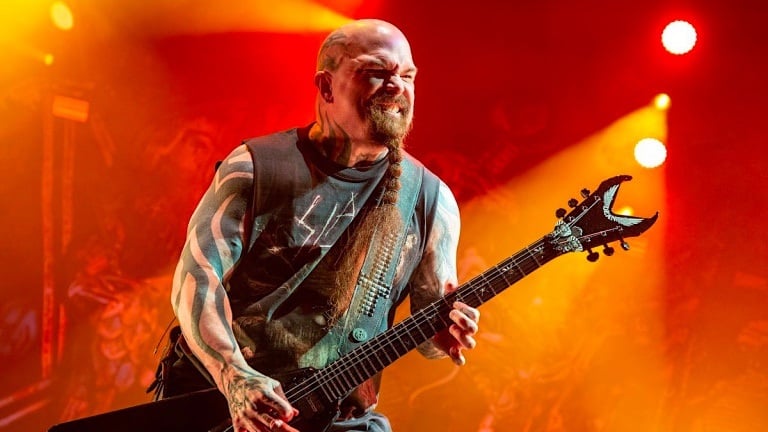 SLAYER guitarist Kerry King says that his next project “will be fucking good.”

The 57-year-old discussed his new music while speaking to Metal Hammer magazine about what he has been doing in the two years since SLAYER completed its farewell tour, “The Final Campaign”.

“I had picks that I threw out at those shows — ‘The Final Campaign’ — at the end of the show,” he said. “And in every city, I threw out two that said, ‘Reborn in 2020,’ because that was my plan — I planned on touring in 2020. Then the pandemic came up and we were into 2021, because I want everybody to get the bumps out of the road before I go out. Here we are at the end of 2021 and I’m looking at the end of 2022 now. And we’ll see what happens next year because it’s evolving. I don’t want to go out and feel stuff out, I want to go out and have a good time. I’m not being selfish, I don’t mean it like that. I mean that whatever the new rules are, I want them to be smooth before I go out.”

Kerry made headlines earlier this week when he said that SLAYER retired “too early.” While recording a short video message to congratulate MACHINE HEAD on the San Francisco Bay Area act’s 30th anniversary, he said: “So, I hear congratulations are in order for my friends in MACHINE HEAD. Apparently, it’s 30 years, which is quite an achievement. Not a lot of bands get there. We did, and then we quit too early. Fuck us. Fuck me. I hate fucking not playing.”

SLAYER played the final show of its farewell tour in November 2019 at the Forum in Los Angeles. One day later, Kerry‘s wife Ayesha King said that there is “not a chance in hell” that the thrash metal icons will reunite for more live appearances. In August 2020, she once again shot down the possibility of her husband and bassist/vocalist Tom Araya sharing the stage ever again under the SLAYER banner.

That same month, SLAYER drummer Paul Bostaph confimed that he is involved in a brand new project headed up by Kerry King. The duo spent much of the last year and a half working on music with the hopes of recording it properly once the coronavirus pandemic has subsided.

Bostaph told Australia’s Riff Crew that the new band will “sound like SLAYER without it being SLAYER — but not intentionally so. I mean, Kerry‘s been writing songs in SLAYER his entire career, and he has a style,” he explained. “And that style, as a songwriter, you just don’t change your style because your band is done… So, all I can say is if you like heavy music and you like SLAYER, you’ll like this.”

Just a few days earlier, Kerry told Dean Guitars that he had plenty of musical ideas for his upcoming project. “I’ve been very, very lucky with riffs in 2020,” he said. “Maybe because I can’t go anywhere — I don’t know — but riffs have certainly not been a problem. And looking forward into the future, what that means for me is I’m gonna be able to cherrypick the best stuff. And it’s good stuff. I’ve got more than two records’ worth of music, but to be able to go through that and cherrypick the best 11 or 12 [songs]… That first record should be smoking.”

When SLAYER first announced that it was embarking on its final tour back in January 2018, Ayesha assured fans that they would “always get music” from her husband.

King has said in previous interviews that his post-SLAYER musical efforts would not be much different from the sound fans have grown accustomed to hearing from him.

“If someone quit, I’m not going to go around with a made-up SLAYER,” he told AZCentral.com back in 2010. “But my next band would sound like SLAYER, that’s all I know.”

SLAYER‘s final world tour began on May 10, 2018 with the band’s intention to play as many places as possible, to make it easy for the fans to see one last SLAYER show and say goodbye. By the time the 18-month trek wrapped at the Forum, the band had completed seven tour legs plus a series of one-off major summer festivals, performing more than 140 shows in 30 countries and 40 U.S. states. 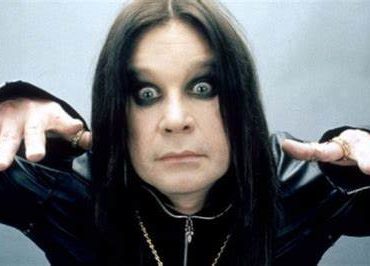