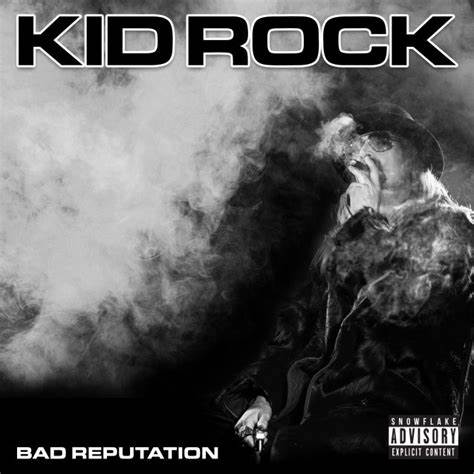 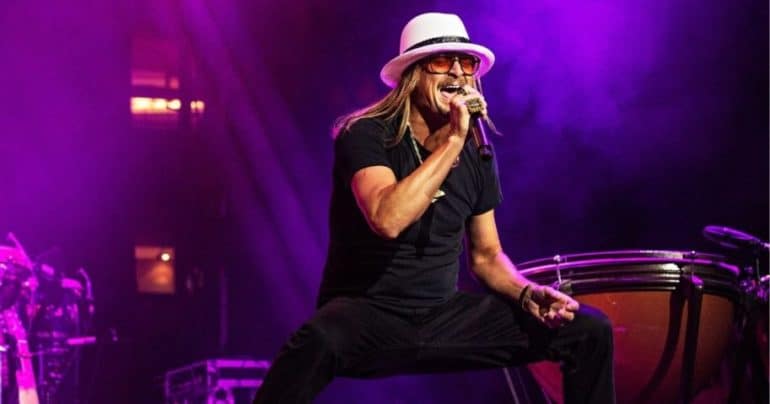 Kid Rock will release his new album, “Bad Reputation”, digitally on March 21. Physical CDs will be available on April 6.

“Bad Reputation” will include the three songs Kid Rock released in January — “We The People”, “The Last Dance” and “Rockin'” — as well as his November 2021 single “Don’t Tell Me How To Live”, which was recorded with Canadian hard rockers MONSTER TRUCK.

“We The People” features the chorus of “Let’s go, Brandon,” conservative code for “Fuck Joe Biden” (born when a NASCAR reporter misheard a crowd, reporting that they chanted in support of racer Brandon Brown when they were actually chanting expletives toward the U.S. president), and also takes aim at the mainstream media, CNN, TMZ, Twitter and Facebook, as well as mask mandates and COVID-19 restrictions.

“We the people in all we do reserve the right to scream, ‘Fuck you!” Kid shouts in the song. “Wear your mask. Take your pills. Now a whole generation is mentally ill,” he adds.

Elsewhere in the song, he raps: “COVID’s near. It’s coming to town. We gotta act quick, shut our borders down. Joe Biden does, the media embraces. Big Don does it, and they call him racist.

“Inflation’s up like the minimum wage. So it’s all the same. Not a damn thing changed,” he exclaims.

He then calls for politically polarized Americans to come together, saying: “We gotta keep fighting for right to be free. And every human being doesn’t have to agree. We all bleed red, brother, listen to me. It’s time for love and unity.”

In a Facebook video announcing the three tracks in January, Kid Rock described “We The People” as a “hard rock-rap tune.”

“[It’s] about, well, all the craziness going on in our world in the last few years and the politics and the polarization and social justice,” he said. “You know, constantly for just being a Trump fan attacked in the media day in day out.”

He added: “I don’t mind taking a punch, but I hit back, motherfucker, and I hit hard.”

As previously reported, Kid Rock will join forces with FOREIGNER and GRAND FUNK RAILROAD for a U.S. tour this spring summer. JASON BONHAM’S LED ZEPPELIN EVENING will appear on select dates, with a special appearance by Trey Lewis at all shows. The 24-city “Bad Reputation Tour” will kick off on April 6 at the Ford Center in Evansville, Indiana, making stops across the U.S. in Nashville, Boston, Chicago, and more before wrapping up with two shows in Detroit. 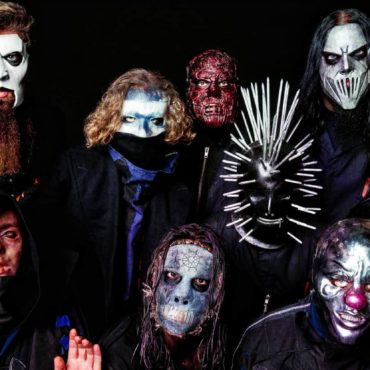 During an appearance on the March 3 episode of Doug Bradley's "Down To Hell" show, SLIPKNOT frontman Corey Taylor was asked if there is a "hard release date" yet for the band's upcoming follow-up to 2019's "We Are Not Your Kind" album. He responded (as transcribed by BLABBERMOUTH.NET): "We don't have a hard date yet 'cause we're lazy and we're still mixing the damn thing. I can tell you it's completely recorded and we're about halfway through mixing it. So, to me, […]