In a new interview with Rob’s School Of Music, KISS‘s longtime manager Doc McGhee addressed the possibility of original members Ace Frehley and Peter Criss rejoining the band at some point during the “End Of The Road” tour. He said (as transcribed by BLABBERMOUTH.NET): “All the things are possible. We never say never about anything. We just know that we wanna give the people the best show in the world to go see. And my philosophy for all my bands [has] always been if you’re the very, very best at what you do, people will come and see you. And if you’re not, they will go see the very, very best. Fucking simple. So what do we do with KISS? We do a show that, whether you like KISS or not, whether you’re a KISS fan or you know one song, you wanna go see this show, because it’s an amazing, entertaining show.

“KISS is [homestyle restaurant chain] Cracker Barrel. There are four generations that come to eat at our house every day,” he explained. “And we cherish that. And we’re very good to our fans. We try to be. I think we give ’em the best meet-and-greets of any bands that every has been around. They have access in a world that has no access.

“Gene [Simmons] and Paul [Stanley] and Tommy [Thayer] and Eric [Singer] are determined to be the best at what they do. We don’t go and write songs and try to be PEARL JAM or try to be RAGE AGAINST THE MACHINE or try to be anything else — we do four chords and bad lyrics, and it fucking works fabulous for KISS. And we blow shit up. And the collectability of KISS and the aura around KISS is monstrous; it’s infectious. It excites me every day.

“So all those things… Will Ace ever show up? Sure, he’ll show up,” Doc added. “Peter hopefully will show up. Everybody’s invited to the party of KISS. We haven’t had that many bandmembers in KISS. Since I’ve been there, there’s been four — two different ones — and that’s it. But KISS is KISS. So, whether you said, ‘Oh, well, I don’t think that there could be another 007 [besides] Sean Connery?’ Well, there is. There’s been five of ’em. People wanna see 007. Mickey Mouse is fucking a hundred years old. I think KISS will be one of those things that will go on forever. I think with the avatar situations that we’re doing now, with the NFT programs that we’re doing, with all the different elements that we have at our disposal today and will have tomorrow and the next day, I don’t see how this brand of KISS goes away ever. If it’s kept with the respect that it should have for the people that they have, I believe that they will be around forever — much longer than me.”

Doc also spoke about KISS‘s plans for the next few years, including the remainder of the farewell tour, which kicked off in January 2019. He said: “We have a two-part series coming out called [‘KISStory’] that’s on A&E, that’s coming on June 27th [and] 28th. We have our Dubai show and our documentary coming at the end of July and August. And we have our touring that we’re gonna kick off in August, and Australia, and our cruise. And we’re gonna have a lot of fun for the next 18 months. And then, at the end of this segment of KISS, Gene and Paul will retire as the touring part of KISS. And where that goes from there, we don’t know yet. We don’t plan anything more than six months at a time.”

In the two years and a half after KISS announced its farewell tour, fans wondered openly if Frehley and Criss would be involved in the trek, especially considering the apparent recent goodwill between Stanley and Simmons and Frehley. Ace‘s latest collection of original material, “Spaceman” — a title suggested by Simmons himself — features two songs the pair wrote together, and the duo completed a joint summer 2018 tour of Australia, after which Frehley fired his solo backing band and hired Simmons‘s.

Paul continued: “If there is a way to include them in celebrating the final tour, yeah, I’m open to it. It has to make sense and it has to feel right, because the band has existed far, far, far too long without them to let anybody spoil this or make it less than it should be. If there’s no joy in it, I’m not interested.” 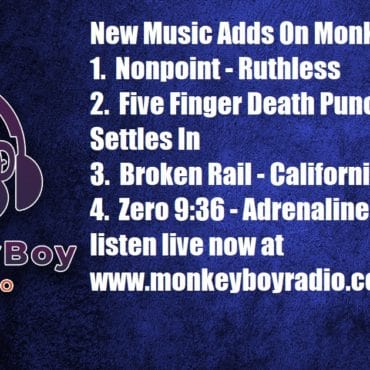 New Music Adds For This Week