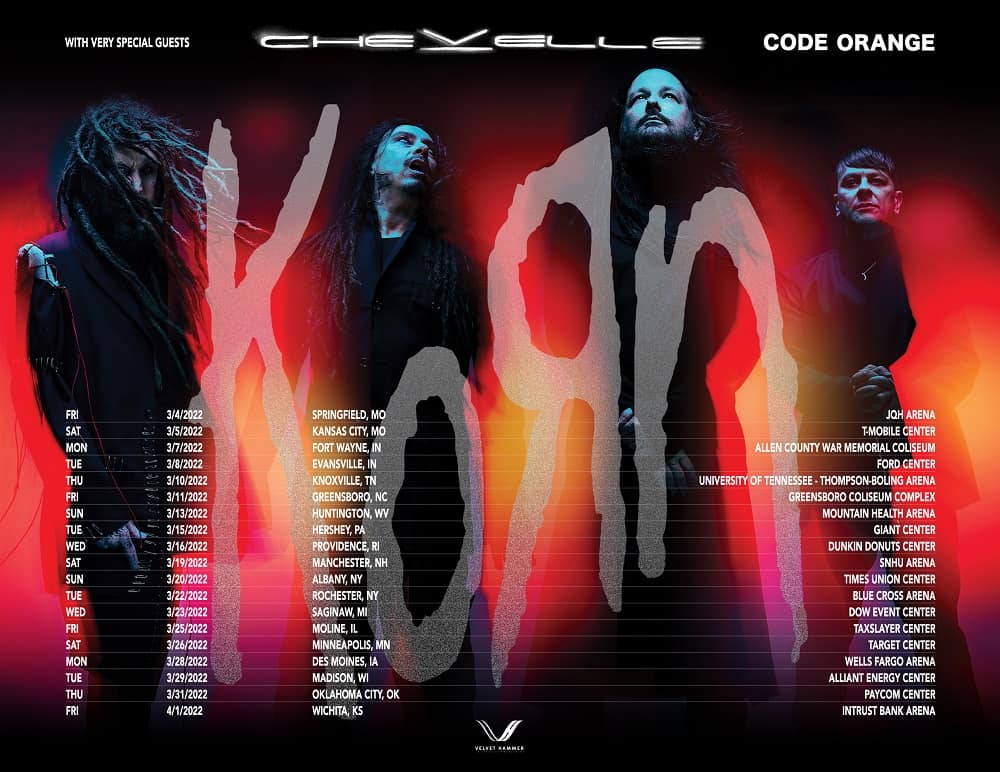 KORN will embark on a headlining tour in March with support from CHEVELLE and CODE ORANGE. Produced by Live Nation, the 19-date arena trek will begin on March 4 in Springfield, Missouri and make stops in Greensboro, Providence and Albany, among other cities, before wrapping up in Wichita, Kansas on April 1.

KORN is also performing four nights with SYSTEM OF A DOWN, HELMET and RUSSIAN CIRCLES in early 2022 beginning on January 31 in Phoenix, followed by a stop in San Diego on February 1 and two sold-out shows in Los Angeles on February 4 and February 5 at Banc Of California stadium. Local and venue pre-sales begin Thursday, December 16 from 10 a.m. to 10 p.m. local. Tickets on general sale Friday, December 17 10 a.m. local time.

^ with SYSTEM OF A DOWN, HELMET, RUSSIAN CIRCLES
* with CHEVELLE, CODE ORANGE 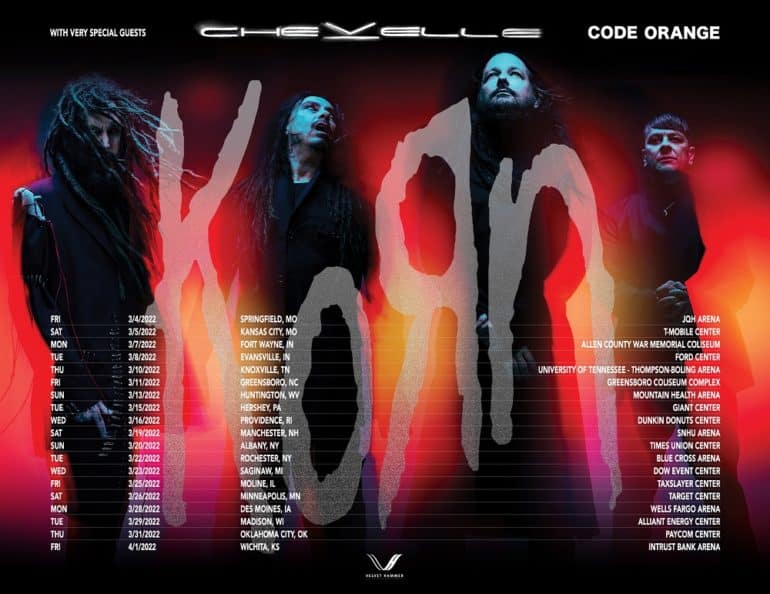 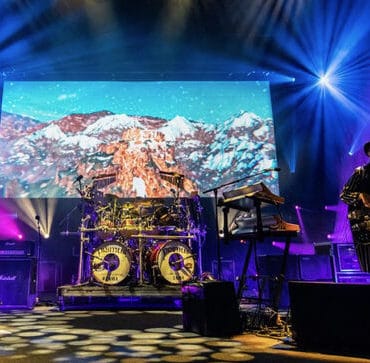 PRIMUS Announces Extension Of ‘A Tribute To Kings’ Tour, Paying Tribute To RUSH

PRIMUS has announced an extensive, 46-date, coast-to-coast extension of its wildly popular "A Tribute To Kings" tour, paying homage to prog-rock legends RUSH. "A Tribute To Kings" will find the Bay area trio performing RUSH's 1977 album "A Farewell To Kings" in its entirety, following a set of their own music. As bassist Les Claypool told Rolling Stone, the tour is about paying tribute to a band that has given him so much inspiration over the years. "'Hemispheres' was my first concert," Claypool said, referring […]