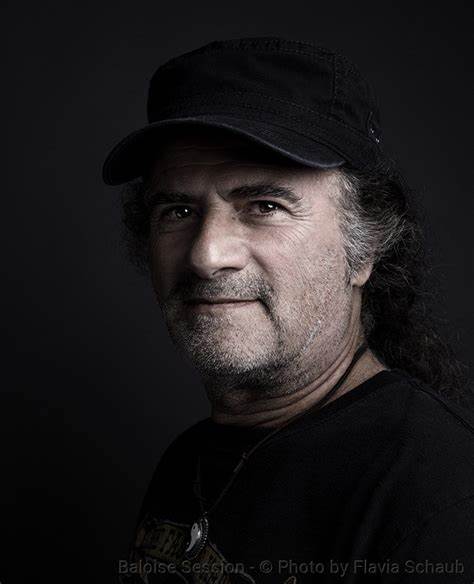 KROKUS frontman Marc Storace will release his first-ever solo album, “Live And Let Live”, next month. To coincide with the LP’s arrival, Marc and his solo band, dubbed simply STORACE, will embark on a three-date tour of his home country of Switzerland, where he will perform songs from the album as well as classic tracks spanning his entire career.

In a new interview with Jimmy Kay and Alan Dixon from Canada’s The Metal Voice, Storace said about how his solo album came about (as transcribed by BLABBERMOUTH.NET): “Twenty years ago, I wrote the title song of the album, ‘Live And Let Live’. ‘Live And Let Live’ was written with this guitar player who was a neighbor of mine. I used to go over to his place, a little studio, on cold or rainy days and icy days. We spent hours writing songs, and we came out with about 20 of ’em. And this is one of ’em which fits for the album. And it’s the opener; it’s gonna be the live opener. It’s a great song.

“Anyway, so many years later, we did the [KROKUS] reunion, and I’ve been busy with KROKUS,” he continued. “And as soon as lockdown started, I first did some stuff which I put on YouTube and Facebook, some karaoke stuff which I found. I did duets with my daughter, Giuliana. After that phase with Giuliana, I kind of fell in a hole of the lockdown boredom, and I thought, ‘No way. I’m gonna get creative.’ I opened my drawer [and out came] a pile of lyrics — bits and pieces, leftovers, new stuff. And I thought, ‘Well, I’ve got enough material. And I need a guitar player.’

“This guy I got in touch with, he’s in Newcastle, in England,” Marc added. “We started communicating about ideas — he’d send me ideas, and I’d send him feedback, and I’d fit lyrics and build songs and stuff. So we built quite a few. And then I already went in contact with a couple of musicians whom I got to know when I was doing this big event, film series for television in 2019. And this thing came out during lockdown. But while we were filming this, I also started thinking, ‘Well, we’re on a farewell tour, and I don’t really wanna stop.’ And this thing came out during lockdown, which helped reduce the boredom, and in between I was writing songs. And then I got to know these two other guys — a drummer and rhythm guitarist — and they also produced the whole music side of [the TV series]. And they asked me during the filming stuff, in between, ‘You should do a solo album now. It’s gonna be over with KROKUS. What are you gonna do?’ I said, ‘I don’t know yet. It’s not over until it’s over. And I’m still enjoying it. So I’m not thinking that far. I’m taking it — carpe diem. Day by day.’ Cause you never know what tomorrow brings. And too much planning sometimes you’re doing for nothing. Overthinking is unhealthy anyway.

“So, anyway, I came to that point. And then I called them. I said, ‘Guys, you wanna do it? ‘Cause I really enjoyed working with you.’ … So we started. And at the end of last year, they already sent me two ideas, and at the beginning of this year, they sent me some more. And I got busy working, working, and we did demos and stuff. And here we are — it’s ready. It’s all recorded, and it’s in the mix.”

Asked about the musical direction of his solo album, Marc said: “It’s energetic, heavy, melodic hard rock. And there’s also a couple of ballads. I’m a singer — we love ballads. And then there’s something out of the ordinary — it’s a blues song, which is not the typical blues song. It’s something I saw as a challenge. When they sent me that music, I thought, ‘What? It doesn’t really fit.’ But then I thought blues is always inside the rock family — a body of rock always has blues in there, as opposed to jazz maybe, although that’s also integrated sometimes. And then there’s this one song — I think it’s gonna be the last one on the album — which is quite acoustical and more light-hearted.

“I’m saying it’s great, because I’ve worked for it and I’m emotionally involved with it,” he continued. “But people around us and around me have been telling me I’m on the right track, and the results are good. So, now I’m nervous and excited for the release date.”

Back in April 2020, KROKUS was forced to postpone its last-ever concerts in USA and Canada due to the coronavirus pandemic that is sweeping the globe. The 13-date trek was originally scheduled to kick off at Canton Hall in Dallas, Texas on September 18, 2020 and conclude at Whisky A Go Go in West Hollywood, California on October 10, 2020.

Back in September 2018, KROKUS announced that it was going to embark on a farewell tour dubbed “Adios Amigos” before calling it a day. At the time, they said their final show would take place on December 7, 2019 at the Hallenstadion in Zurich, Switzerland. However, in June 2019, Storace posted a message on Facebook indicating that the band would play additional concerts beyond the Zurich date.

When KROKUS first announced its decision to embark on a farewell tour, the band explained in a statement: “KROKUS shows have always been special and should stay that way. That’s why we decided to stop when it’s still really good. That’s how the fans should remember us.” 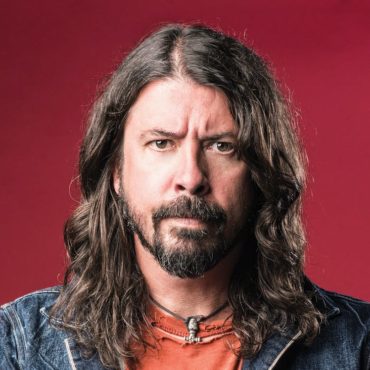 DAVE GROHL On Lawsuit Filed By ‘Nevermind’ Baby: ‘He’s Got A ‘Nevermind’ Tattoo. I Don’t.’

Dave Grohl says that he hasn't spent a lot of time thinking about the recent lawsuit filed over the cover of the iconic NIRVANA album "Nevermind". This past August, Spencer Elden, the man who claims he was the baby featured in the image, sued the surviving members of NIRVANA as well as the estate of Kurt Cobain. Elden alleges the photo of the baby reaching for a dollar in a swimming pool violated federal child pornography statutes and argues child […]