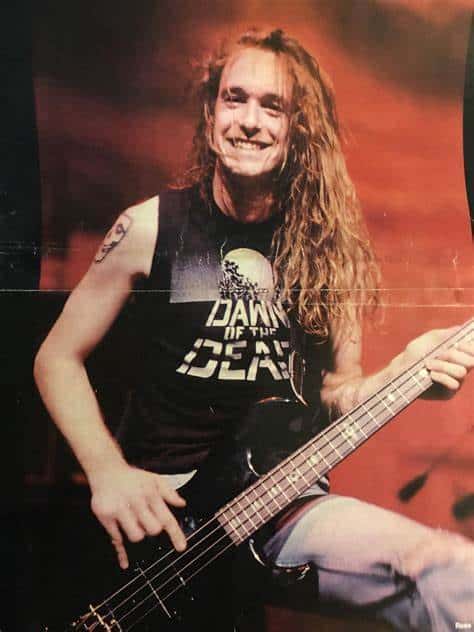 The life of late METALLICA bassist Cliff Burton will be celebrated with “Cliff Burton Day” on what would have been his 60th birthday, February 10, at YouTube.com/GOMEZGRIP. A special live stream is scheduled for that day at 7 p.m. PST. The event will be emceed by Nicholas Gomez, with guests including Big Mick, Metal Joe, Gary Holt (EXODUS, SLAYER), Dan Riley, Brian Lew, Dean Delray, Brian Slagel, Charlie Benante (ANTHRAX), Mike Bordin (FAITH NO MORE), Canada Dave and Connie Burton.

Cliff was asked to join METALLICA in 1982 after the band saw him perform with his group at the time, TRAUMA.

The bassist was not willing to move to Los Angeles, where METALLICA was based, so they decided to move to the San Francisco area so that he would join.

Burton‘s initial replacement in the group was Jason Newsted, who stayed in the lineup until 2001. Robert Trujillo joined in 2003 and remains in the band to this day.

February 10, 2018 was proclaimed “Cliff Burton Day” by Alameda County supervisors. The late METALLICA bassist would have turned 56 years old on that date had he lived.

Back in 2016, METALLICA drummer Lars Ulrich spoke to Seattle’s KISW 99.9 radio station about Burton‘s tragic loss when METALLICA‘s tour bus skidded on ice while the group was on tour in Scandinavia and Cliff was thrown out the window and crushed. Lars said: “We were so shocked and stunned that we didn’t know what hit us. And, like most, I guess, kids in their early 20s who get ambushed with that type of thing, we jumped into a bottle of, in this case, vodka, for me, and stayed in there for quite some time. We weren’t mature enough or seasoned in life enough to know how to deal with this other than just to sort of, basically, almost hide behind the alcohol and compartmentalized it. So the next few months were very difficult, and it was crazy, but we just put the blinders on and started auditioning bass players. And we knew in our hearts that Cliff would be the first one to kick us in the ass and tell us to keep going, if he could see us mope. And so there was no moping; we just kept going the best we knew how to.”

METALLICA frontman James Hetfield was asked in an interview with TeamRock what he thinks Burton might have thought about the drastic changes in its look and sound that METALLICA made through the 1990s and early 2000s with albums like “Load”, “Reload” and “St. Anger”. Hetfield replied: “Well, I certainly would have thought there would have been some resistance, for sure. I think the ‘Black Album’ was a great album and I appreciate the fact that we did have the balls to do that… I would certainly think that the ‘Load’ and ‘Reload’ [era], I would have had an ally that was very against it all — the reinvention or the U2 version of METALLICA.”

Asked if Hetfield was personally comfortable with the more “alternative” image and music METALLICA made on those albums, the singer/guitarist replied: “No, no, not at all. There’s some great, great songs on there but my opinion is that all of the imagery and stuff like that was not necessary. And the amount of songs that were written was… it diluted the potency of the poison of METALLICA. And I think Cliff would have agreed with that.”

Burton‘s huge talent and achievements were chronicled in book form with the 2009 global publication of “To Live Is To Die: The Life And Death Of Metallica’s Cliff Burton”, written by U.K.-based author Joel McIver and published by Jawbone Press. The foreword was provided by METALLICA guitarist Kirk Hammett. 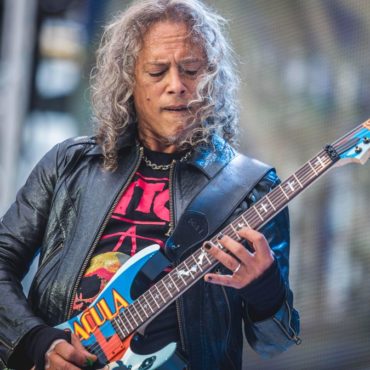 METALLICA guitarist Kirk Hammett has recorded "Portals", a four-song instrumental EP, and will be celebrating Record Store Day with its worldwide release exclusively at your favorite local independent retailer and in the Met Store on Saturday, April 23. Available across digital platforms, on CD, and as an ocean blue vinyl EP (including a download card), you'll be able to pick up a copy at your friendly local record store that day or place an order on […]