MEGADETH Announces ‘The Sick, The Dying… And The Dead!’ Album, Shares ‘We’ll Be Back’ Single 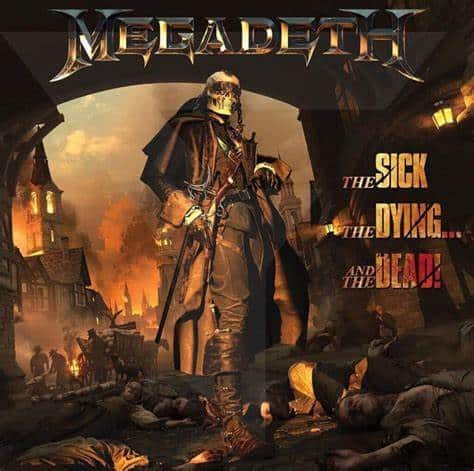 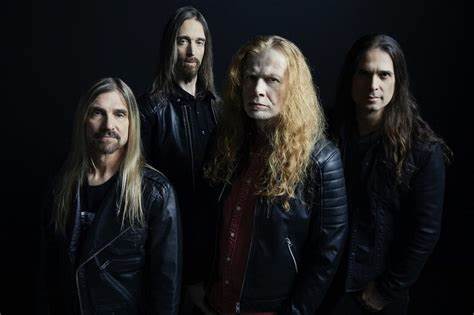 MEGADETH will cap a summer of successful global touring with the release of its highly anticipated sixteenth studio album, “The Sick, The Dying… And The Dead!”, on September 2 via UMe. Featuring twelve new tracks, “The Sick, The Dying… And The Dead!” will be made available on CD, vinyl, and cassette, as well as digitally through all online partners. There will also be a limited deluxe edition 2LP, 12-track album pressed on 180g black vinyl housed in a numbered gatefold jacket with a 12×24 lyrics/credits insert, a lenticular vinyl lithograph and a bonus seven-inch featuring “We’ll Be Back” and the unreleased B-side “The Conjuring (Live)”. The limited deluxe edition can only be purchased via MEGADETH‘s official online store, through Sound Of Vinyl and uDiscover.

The first song to be released from “The Sick, The Dying… And The Dead!” is the ferocious, quintessentially MEGADETH track “We’ll Be Back”, which is accompanied by the world premiere of “We’ll Be Back: Chapter I”, an epic, action-packed short film chronicling the origins of MEGADETH‘s mascot, Vic Rattlehead. Produced by Dave Mustaine, “We’ll Be Back: Chapter I” is a soldier’s tale of bravery, personal sacrifice, and the will to survive. It is the first installment of a trilogy of videos to be released in conjunction with the release of the new album “The Sick, The Dying… And The Dead!”

“For the first time in a long time, everything that we needed on this record is right in its place,” Dave Mustaine enthused. “I can’t wait for the public to get hold of this!”

Featuring some of Mustaine‘s strongest songwriting while also incorporating writing from the rest of the band, “The Sick, The Dying… And The Dead!” brings together everything that’s exhilarating and distinctive about MEGADETH. From the blistering throwback fury of “Night Stalkers” (featuring icon Ice-T) and first single “We’ll Be Back”, to the more mid-tempo and melodic “Soldier On!” and the very personal title track, with its enthralling twists and turns. “The Sick, The Dying… And The Dead!” also features a cover of DEAD KENNEDYS‘ “Police Truck” and Sammy Hagar‘s “This Planet’s On Fire”, the latter of which includes vocals from Hagar himself.
“The Sick, The Dying… And The Dead!” melds the ultra-frenetic riffing, fiercely intricate solos, and adventurous spirit the quartet are known for, all laced with signature virtuosity and precision and Mustaine‘s singular sardonic snarl. This album combines all the crushing musical motifs that have made MEGADETH both repeat metal disruptors and revered genre flagbearers.

Mustaine spoke about “Night Stalkers” in an interview earlier this year with Jose Mangin of SiriusXM Liquid Metal. He said: “It’s a brutal song. I can’t remember if that was the fastest one [on the new album] or not. But ‘Night Stalkers’ is about the 160th Battalion with the United States Army, and it’s all the black-ops helicopters that go in at night — nobody knows they’re there; they’re in, they’re out. And I had my buddy Ice-T join me on a part in the middle of it, because Ice was a ranger for the army, and he did two tours over in Afghanistan, I think it was. I think that was back in ’91, when I first met him. It might have been a little earlier than that, but I know he was a ranger. And I had just done something on his last record. But when I asked him, I thought it would be great to have him because of his bravado and then the fact that he’s got real credibility as someone who was there. And then we’ve got several other guys to participate in the track just to make it as real as possible. We’re going up to the base to go film a bunch of helicopter footage and sounds and stuff like that. We’ve got three videos that we’re making for this record right now down in Brazil, and we’re combining all that production and the stuff from the base, with the helicopters and everything together, to make this first three-song video offering up.”

Regarding Hagar‘s contribution to “This Planet’s On Fire”, Mustaine told SiriusXM‘s “Trunk Nation With Eddie Trunk”: “It’s a super-heavy song. And the good thing about this [is] we didn’t just do the song; [Sammy] played on it too. So we’ve got a little bit of some guitar; we’ve got a lot of bit of singing. I think it’s super badass.”

As for MEGADETH‘s decision to cover “Police Truck”, Mustaine said: “It’s no secret I’m a big DEAD KENNEDYS fan, and I had wanted to do ‘Holiday In Cambodia’, but my friends in LÄÄZ ROCKIT had done that, and I felt that [I would] just let them have their glory off of that rendition of that song, and if the time comes, I’m sure there’s another song that’ll stick out to me. And there was — it was the song ‘Police Truck’. So we recorded that one.”

“The Sick, The Dying… And The Dead!” track listing:

Earlier this year, Mustaine confirmed that DiGiorgio laid down the bass tracks on “The Sick, The Dying… And The Dead!”

There had been speculation about DiGiorgio‘s involvement in the new MEGADETH LP since last July, based on a Cameo video Mustaine recorded in which he offered the first glimpse of the bassist that re-recorded David Ellefson‘s bass tracks on the much-anticipated MEGADETH effort.

DiGiorgio is widely renowned as a pioneer on the fretless bass in heavy metal music, having played with TESTAMENT, DEATH and SADUS, among others. Within his genre, Steve is respected for his playing skills, versatility and incredible technique. He has more than 40 studio album recordings and over 20 years of touring the world.

Last month, MEGADETH announced bass player James LoMenzo as a permanent member of the band. LoMenzo was MEGADETH‘s bass player in the mid-2000s and recently stepped back in as a touring member for “The Metal Tour Of The Year”.

LoMenzo joined MEGADETH in 2006 and appeared on two of the group’s studio albums, 2007’s “United Abominations” and 2009’s “Endgame”. He was fired from the band in 2010 and replaced with returning original MEGADETH bassist David Ellefson.

In addition to MEGADETH, LoMenzo has played with Ozzy Osbourne, Zakk Wylde and WHITE LION. For the past nine years, LoMenzo has been performing with iconic rocker John Fogerty.

Ellefson laid down his bass tracks on MEGADETH‘s sixteenth LP in May 2020 at a studio in Nashville, Tennessee. A short time later, he raved about his performance on the record, telling the 96.7 KCAL-FM radio program “Wired In The Empire” that his musical chemistry with Verbeuren was comparable to the interplay between Geddy Lee and Neil Peart on classic RUSH albums. “I feel like on the new MEGADETH record, me and Dirk have those same moments,” he said. “It’s MEGADETH — it’s not RUSH, obviously — but in the field of what we do, there were these moments that I was just going, ‘Oh, my God.’ This is me as a kid going, ‘This is my Geddy/Neil moment right here.'”

In June 2021, Mustaine announced during an episode of his Gimme Radio program “The Dave Mustaine Show” that Ellefson‘s bass tracks would not be used on the new MEGADETH LP. 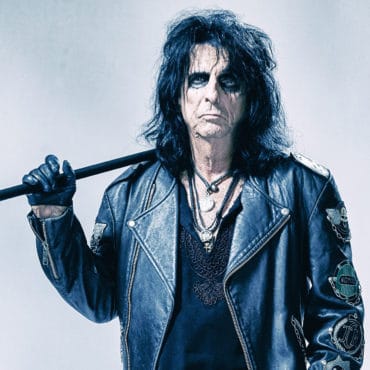 Formed in 1968, the original ALICE COOPER band forged a theatrical brand of hard rock that was destined to shock and had never been seen before. Within five years, they would release no fewer than seven studio albums, amongst them their international breakthrough "School's Out" (including the Top 10 hit of the same name) and the U.S. No. 1 "Billion Dollar Babies" (1973). By 1974, the band had risen to the upper echelon of rock stardom... […]