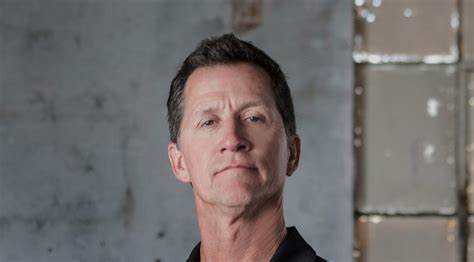 METAL CHURCH singer Mike Howe has died at the age of 55. No cause of death has been revealed.

The news of Howe‘s passing was broken by METAL CHURCH in a social media post this evening. The band wrote: “It is with our deepest regrets that we must announce the passing of our brother, our friend and true legend of heavy metal music. Mike Howe passed away this morning at his home in Eureka, California. We are devastated and at a loss for words. Please respect our privacy and the Howe family’s privacy during this most difficult time.”

The reunion between Mike and METAL CHURCH was put in motion in July of 2014 when Mike started working with guitarist Kurdt Vanderhoof on a side project Kurdt was forming with Nigel Glockler from SAXON. Through these initial conversations, Kurdt convinced Mike to ultimately return to METAL CHURCH. The idea was to see if they could recapture some of the magic from the three albums METAL CHURCH released in the late ’80s: “The Human Factor”, “Blessing In Disguise” and “Hanging In The Balance”. Out of those sessions, 2016’s “XI” was born and captured the sound that made the band fan favorites in the ’80s and mixed it with a new, invigorated sound.

During the making of the “XI” album, Mike stated about his return to METAL CHURCH: “Kurdt Vanderhoof got ahold of me in August of 2014, and he proposed [me] coming back to the band. He said Ronny [Munroe] left the band and he didn’t really wanna carry on with METAL CHURCH unless maybe I would consider coming back. So I said, ‘Well, I don’t know. I’m open to it. But let’s see what kind of music we can come up with.’ So Kurdt went back to the studio and started writing songs in the vein of ‘Hanging In The Balance’, where we left off twenty years ago, and he sent them to me over the Internet. And I was, like, ‘Damn! The guy still has it and he’s doing great work.’ So he sent me another batch, and that batch was just as good [as], if not better than, the other. So, from there, I said, ‘Well, I can’t say no to this. And let’s just see how it goes.’ And we started writing lyrics and getting together, and it’s now morphed into this, being back in Aberdeen in the studio making the new METAL CHURCH record.”

METAL CHURCH‘s latest release was “From The Vault”, which arrived in April 2020 via Rat Pak Records. The effort was a special-edition compilation album that featured 14 previously unreleased songs from the Howe era, including four newly recorded studio tracks, among them a redux of the band’s fan favorite classic “Conductor”.

In a 2018 interview with Sticks For Stones promoting 2018’s “Damned If You Do” LP, Mike stated about the 20-year gap between his stints in the band: “I lived my life just like everybody else. I was a carpenter/builder, and I raised two boys. Out of the blue, I got a call from Kurdt, and he invited me back. At first, I was apprehensive — I was happy to be retired [from music]; I had a great career and [was] very grateful for what I had — but because he’s an old friend, I was open to listening to his proposition. We had long talks — a lot of talks — about how the music industry had changed, and how file-sharing was making it more possible to live in different areas and have family life and not cutting into your personal time as much. With the advent of technology in that way, it really helps facilitate being in a band. We just started with writing the record, because I said, ‘I’m not coming back to METAL CHURCH for nostalgia’s sake. If I’m going to do this, I want to make sure we can write music just as good, if not better, than what we were doing before.’ We took baby steps and started writing some songs… if we like the way it sounds, we keep it; if we don’t, we move on. We do that a few times until we had a good amount of songs, and we really liked what we were doing, so we put it out. That went well, and I said, ‘Okay, I’m ready to go on the road with that.’ [‘Damned If You Do’], we took the same philosophy, and we’re very happy with the end result.”

Howe is not the first singer of METAL CHURCH to die. David Wayne passed away in May 2005 from complications following a car crash. He was 47 years old.

Wayne sang on METAL CHURCH‘s first two classic offerings (1984’s “Metal Church” and 1986’s “The Dark”) before leaving the group and being replaced by Howe.

It is with our deepest regrets that we must announce the passing of our brother, our friend and true legend of heavy… 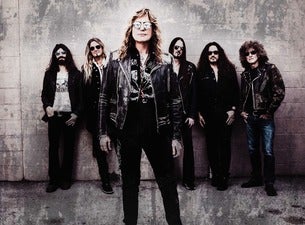 WHITESNAKE has announced the addition of Croatian singer/multi-instrumentalist Dino Jelusick to the group's ranks. Jelusick is a member of multi-platinum selling band TRANS-SIBERIAN ORCHESTRA and was previously part of DIRTY SHIRLEY (with George Lynch), ANIMAL DRIVE and recorded with many others. Dino has been singing, touring and recording since the age of five. Other than being a frontman, his main instrument are keyboards but he also plays bass, guitar and drums. He finished music academy and did theatre work. WHITESNAKE's David Coverdale says: "I am absolutely […]