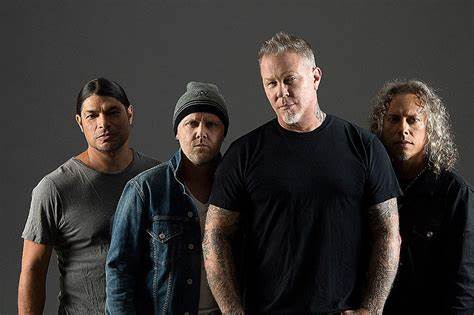 MasterClass, the streaming platform where anyone can learn from the world’s best across a wide range of subjects, today announced that METALLICA will teach a class on being a band. In celebration of the group’s 40th anniversary and as the first rock band to teach on MasterClass, James Hetfield, Lars Ulrich, Kirk Hammett and Robert Trujillo will reflect on four decades of transcendence, giving members a window into their journey to teach strategies for growing and staying together as a band, collaborating creatively and maintaining a unique and intimate relationship with a loyal legion of fans. METALLICA‘s class is now available exclusively on MasterClass, where subscribers get unlimited access to all 100+ instructors with an annual membership.

“With 40 years of sustained success, METALLICA is arguably one of the greatest bands of all time,” said David Rogier, founder and CEO of MasterClass. “For the first time, METALLICA will bring MasterClass members along their dynamic creative process, teaching strategies for what it takes to be a band and demonstrating how individuals with big ideas can start, maintain and work together as a collective.”

In their class, METALLICA will unpack the principles that ensure longevity as a group by being effective communicators, managing criticism and navigating collaboration. Breaking down some of their greatest hits, including “Enter Sandman” and “Master Of Puppets”, they will provide techniques for songwriting, taking members through the process of a song from its conception as a riff to its finished arrangement, complete with lyrics, solos and moments of dynamic tension.

Drawing on a devoted international fan base, METALLICA will dive deep into the audience-performer relationship, sharing advice on how to connect with fans on stage and off, and how to cultivate and maintain these lifelong relationships. Their philosophies on writing lyrics, creating albums and sustaining a band’s interpersonal relationships over time will help aspiring musicians come together as a unified creative team. Members in creative fields will appreciate the band’s insights on how to offer constructive feedback, communicate effectively when strong personalities are involved, and take a pragmatic approach to the necessities of business. After sharing stories of the band’s transcendence and keys to creative collaboration, METALLICA will leave members inspired to think of their own creative collaborations in a new light with an exclusive six-song performance.

“We have sustained our bond for more than 40 years because we’ve learned a lot about each other and ourselves over time,” said Hetfield, lead vocalist, rhythm guitarist and cofounder of METALLICA. “In our class we not only teach MasterClass members how we write songs and find inspiration for our music, but how the experiences we’ve had together have contributed to successful creative collaboration.”

Formed in 1981 by Hetfield and Ulrich, METALLICA ranks as one of the most commercially successful bands of all time, having sold more than 120 million albums worldwide and generating more than 15 billion streams. METALLICA has released 10 studio albums, four live albums, a cover album, five extended plays, 37 singles and 39 music videos. Its last six studio albums have consecutively debuted at No. 1 on the Billboard 200. The band’s awards and accolades include nine Grammy Awards, two American Music Awards, multiple MTV Video Music Awards and a 2009 induction into the Rock And Roll Hall Of Fame. In 2018, the band was awarded one of the most prestigious musical honors in the world: Sweden’s Polar Music Prize. In 2017, METALLICA established the All Within My Hands foundation to give back to communities that have supported the band. To date, All Within My Hands has donated more than $4 million to critical local services and the fight against food insecurity, working with partners around the world to feed more than 10 million people. In addition, the Metallica Scholars Initiative has pledged a total of $4.1 million in grants benefiting 23 community colleges across the U.S. For 40 years and counting, METALLICA has forged an unwavering bond of mutual loyalty with its legions of fans, as represented by the more than one-million-strong Fifth Member fan club.

Launched in 2015, MasterClass is the streaming platform where anyone can learn from the world’s best. With an annual membership, subscribers get unlimited access to 100+ instructors and classes across a wide range of subjects, including arts & entertainment, business, design and style, sports and gaming, writing and more. Each class features about 20 video lessons, at an average of 10 minutes per lesson. You can learn on your own terms — in bite-size pieces or in a single binge. Cinematic visuals and close-up, hands-on demonstrations make you feel like you’re one-on-one with the instructors, while the downloadable instructor guides help reinforce your learning. Stream thousands of lessons anywhere, anytime, on mobile, tablet, desktop, Apple TV, Android TV, Amazon Fire TV and Roku players and devices. 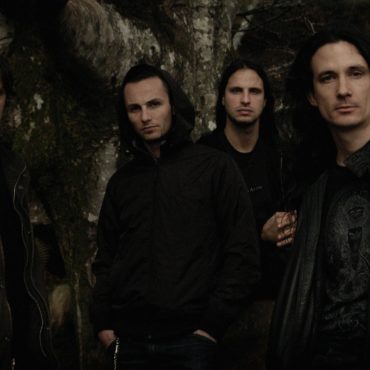 French progressive metallers GOJIRA have released a music video for the song "Sphinx". The clip was directed and animated by Zev Deans, who has previously helmed videos for BEHEMOTH, GHOST and more. "Sphinx" is taken from GOJIRA's latest album, "Fortitude", which entered Billboard's Top Albums chart at No. 1 last May, while also claiming the No. 1 spot on Billboard's Top Current Albums, Current Rock Albums and Current Hard Music Albums tallies. The release also marked a career high debut on the […]