METALLICA’s ‘Black Album’ To Get ‘Pop! Albums’ Figure From FUNKO 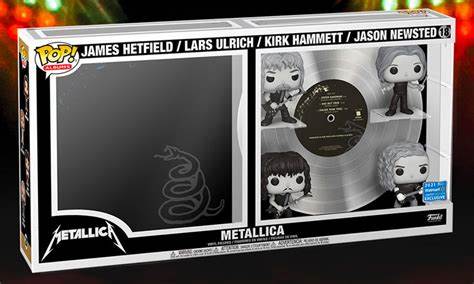 Funko and Walmart have teamed up to get in on the METALLICA “Black Album” celebration with a new-edition “Metallica” Pop! Albums figure. You can pre-order it now at Walmart.com. It is expected to ship in December.

Funko‘s Pop! Albums line is features music albums featuring the album itself, using the Pop! figure. The box is oversized and contains a standard Pop! to recreate the primary image on the cover. In addition, the background of the box adds a replica of the album cover to complete the look.

Previous classic LPs which have gotten the Pop! Albums treatment include AC/DC‘s “Highway To Hell” and MOTÖRHEAD‘s “Ace Of Spades”.

To commemorate its 30th anniversary, the Grammy-winning, 16-times-platinum-certified Black Album received its definitive re-release on September 10 via the band’s own Blackened Recordings. 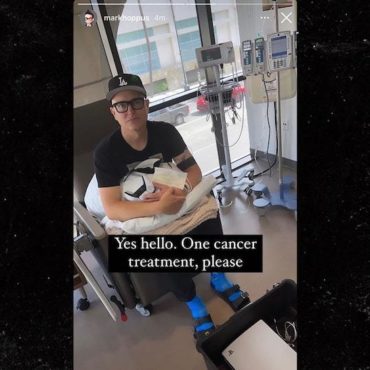 BLINK-182 singer and bassist Mark Hoppus, who went public with his cancer diagnosis in June, has announced that he is cancer free. Two months ago, Hoppus confirmed that he was battling a blood disorder called stage 4-A diffuse large B-cell lymphoma, the same type of cancer his mother previously beat. Hoppus completed chemotherapy treatment earlier this month, and he took to his Instagram earlier today (Wednesday, September 29) to write: "Just saw my oncologist and I'm cancer free!! […]