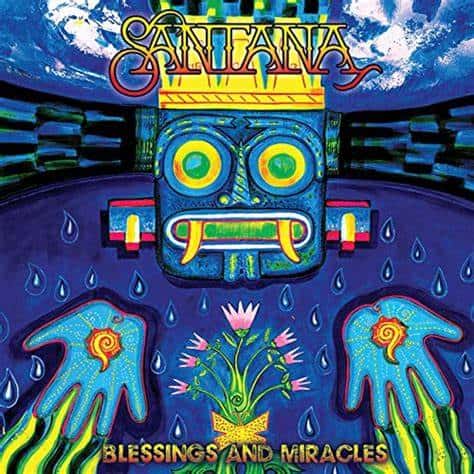 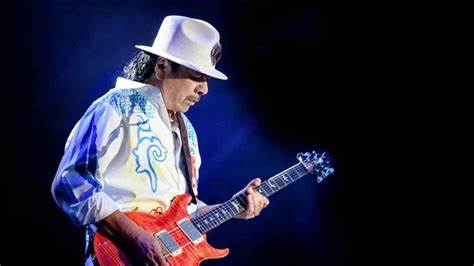 Multi-Grammy Award-winning Rock And Roll Hall Of Fame guitarist Carlos Santana has announced that his star-studded, masterful new album, “Blessings And Miracles”, will be released worldwide via BMG on October 15. The record’s dazzling first single, “Move”, which sees the music legend and guitar icon reteamed with MATCHBOX 20 singer Rob Thomas, has just been released to radio.

“Blessings And Miracles” is one of the most ambitious, inspired and magical albums of Santana‘s storied career, on which the legendary guitarist aims higher than ever.

“The title of this album comes from my belief that we’re born with heavenly powers that allows us to create blessings and miracles,” Santana says. “The world programs you to be unworthy of those gifts, but we have to utilize light, spirit and soul — they’re indestructible and immutable. Those are the three main elements on this album.”

Expectations understandably run high with pairing Carlos Santana and Rob Thomas, whose 1999 multiple Grammy-winning smash “Smooth” became a worldwide staple — and the two performers have turned in a new classic. “Move” is a grinding, grooving and breathtaking mix of pop and Latin rock with sure-fire hooks for days. Thomas, backed by the vocal talents of American Authors, is dynamic and sensual, and Santana matches his supreme performance with solos that explode with tectonic force.

“‘Move’ came about very much like how ‘Smooth’ happened,” Santana recalls. “It was like divine intelligence behind the scenes, and I just knew I had to record it with Rob. The song is about awakening your molecules. Ignite and activate yourself — you know, move. When Rob and I work together, we have a sound that’s splendiferous.”

The album’s second single, “She’s Fire”, is a hypnotically soulful ballad that works its way into your body chemistry and stays there. It’s one of two cuts written by mega-award-winning, chart-topping composer Diane Warren, and it sees Santana wrapping his exquisite guitar melodies around an enticing narrative spun by the rapper G-Eazy.

“I’m so honored that Diane reached out to me and sent me her songs,” says Santana. Regarding G-Eazy, the guitarist is no less effusive. “He’s so talented. I’m thrilled at how we both sound on this song,” he says. “It reminds me of when Bill Graham once told me: ‘Your music is spiritual and sensual. That’s who you are.’ And that’s the message of ‘She’s Fire’.”

Santana spent much of the past two years recording “Blessings And Miracles”, serving as producer and collaborating with other record makers. Recording during COVID created a challenge only in that some musicians were separated geographically, beamed into sessions via technology; inspiration, however, was never in short supply.

“It’s amazing how we can record together these days without being in the same studio,” Santana notes. “I just close my eyes and I’m in the same room with whomever I’m playing with, even if they’re somewhere far away. We share frequencies together.”

As for the stellar talents that appear alongside him on “Blessings And Miracles”, Santana admits that he’s sometimes surprised at how they magically enter his life. “I don’t choose people — it’s like I’m chosen,” he says. “But, of course, I’m honored to work with such incredible artists. I’m a surfer riding those waves that become songs by different artists, creators and architects. I’m very fortunate that I have the opportunity to do that. It’s a gift I don’t take for granted.”

Ahead of the release of “Blessings And Miracles”, Santana and his band will mark their long-awaited return to the concert stage after 18 months off. On August 25, SANTANA will resume their multi-year residency at the House Of Blues at Mandalay Bay Resort and Casino in Las Vegas (shows run from August 25 through September. 4, with additional dates from November 3 thru December 11).

SANTANA‘s “Blessings And Miracles” tour begins on September 11 at the Borgata Spa & Resort in Atlantic City, New Jersey, and will make stops in Richmond, Orlando, Augusta, Tulsa, and more before it concludes on October 2 at the Choctaw Grand Theater in Durant, Oklahoma. 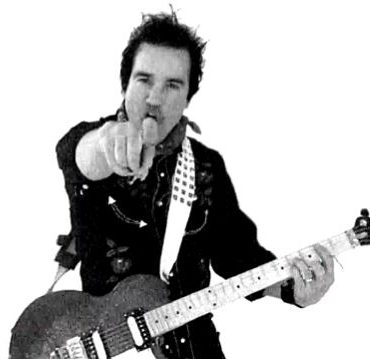 Veteran guitarist and singer-songwriter Steve Brown (TRIXTER, TOKYO MOTOR FIST, DEF LEPPARD, DENNIS DEYOUNG) has just dropped his inaugural solo single, "Where Do We Run". Not only does he shine with his lead vocal and melodic guitar playing, he also produced, engineered and mixed the track himself. Brown draws fans in for an intimate peek at his prolific songwriting style, while showcasing his versatility on the other side of the recording booth. "Where Do We Run" features a classic […]