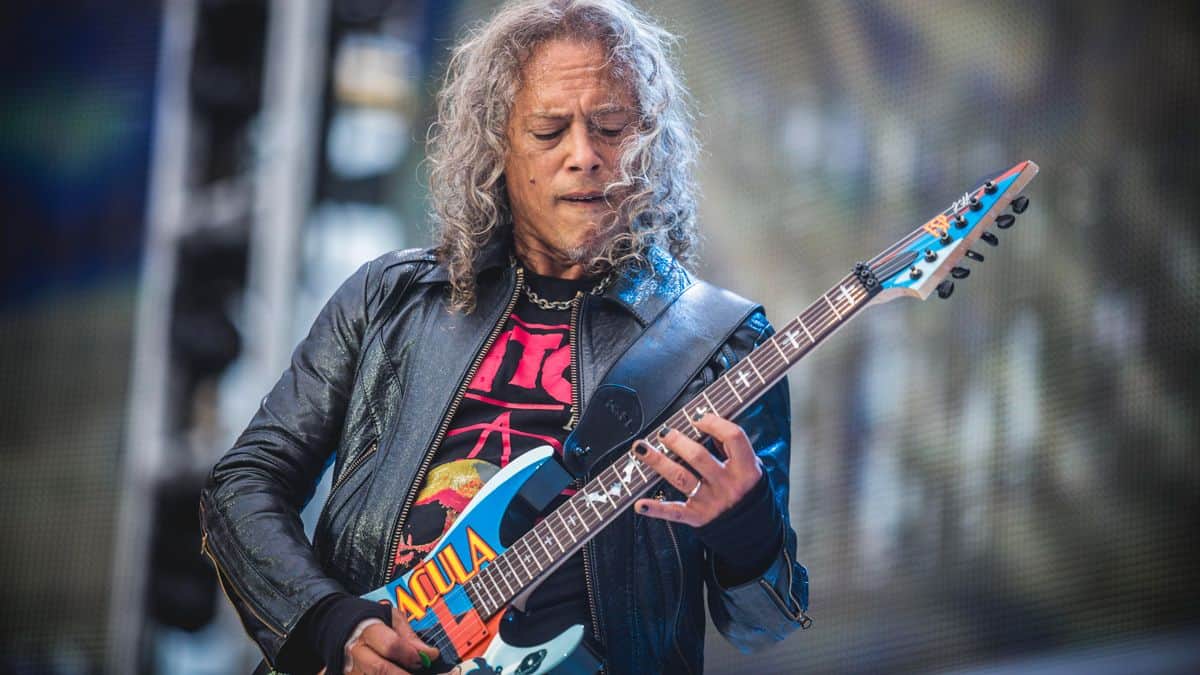 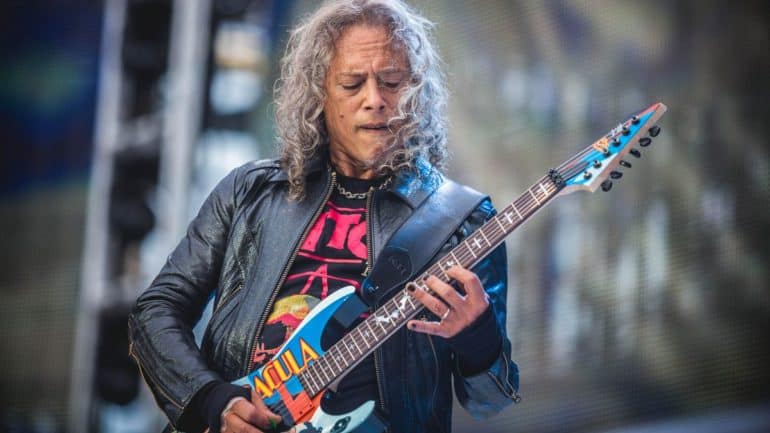 METALLICA guitarist Kirk Hammett spoke to Classic Rock magazine about what he and his bandmates hope to achieve with their upcoming studio album.

“METALLICA has always been about bringing people together through music. I think the sentiment now is that people need music more than ever to bring everyone together and collectively celebrate that we’ve got to this point,” he said. “There’s a lot of division in the world, and hopefully this METALLICA album will cut through the division and bring people together in ways that are more beneficial for everyone over all.

“We’ve tried to make the most of the COVID year and a half, and we’ve been pretty successful,” he continued. “We’ve got together remotely and worked, and we’ve got together [properly] and worked. Things are moving really well. I would say that the music we’re coming up with is very appropriate for the times.

“Music should bring everyone together, it should be a celebration,” Hammett added. “That’s what music is about. It’s not about selling albums or getting Grammys, it’s about putting out good music and helping the situation with that music.”

Last summer, Hammett told Metal Hammer magazine that there was “a lot of material” written for a possible follow-up to 2016’s “Hardwired… To Self-Destruct” album, which marked METALLICA‘s first full-length collection of new music in eight years. “I know I have tons, because I totally overcompensated,” he said. “You know, last time around, it was a real shock to my system losing all those musical ideas. [Editor’s note: Kirk lost a phone with more than 300 pieces of music on it during the creative process for ‘Hardwired…’] So, I was very determined to try and make up for lost time. I also felt that, creatively, I have so much more to offer this time around.”

Bassist Robert Trujillo added that the songwriting process for the next album could be a decidedly more collective effort compared to “Hardwired…”, which was largely composed by guitarist/vocalist James Hetfield and drummer Lars Ulrich.

“I’m not gonna speak on behalf of the other guys, but to me, it feels like this could be a very collaborative [writing process],” Robert said. “And for me personally, I love that. I love that we are in that head space to be more collaborative, and I think that’s very exciting for where we’re at now, the journey we’re about to take, the fact that those doors are opening like that.”

“It’s taking a couple of months, literally, for me to go through all [my ideas],” added Kirk, who is is not credited on any of the songs on “Hardwired…To Self-Destruct”. “I’ve got a wealth of material, and so, at any given point when we all decide, ‘Okay, let’s start formulating a schedule to start writing songs and recording it.’ I’m ready. I’m there, from day one.”

“Kirk has so many ideas,” continued Trujillo. “It’s funny because sometimes it’s literally him in the kitchen and he’s cooking, and at the same time he’s playing you a riff, or you’re sitting on the toilet and he’s playing you some ideas. But when we started to understand that [the lockdown] was gonna happen, it was like, ‘Hey, let’s be creative’, you know? Let’s just get on it. A lot of times, when there’s a band that’s been around as long as METALLICA has, you find that one of the biggest problems is, ‘Man I can’t come up with a riff, I can’t come up with any good lyrics, it’s just harder to write songs’, but that just doesn’t seem to be the problem with us. Not taking anything away from any other bands, but sometimes our worst riff might be another band’s A-list riff.”

“Hardwired… To Self-Destruct” debuted at No. 1 on The Billboard 200 album chart, selling 291,000 copies in its first week of release. 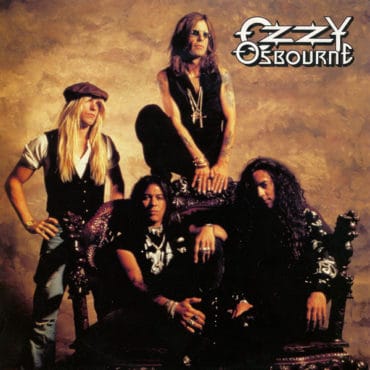 More than 30 years after its release, OZZY OSBOURNE's sixth solo album — the Top 10 (#7) and quadruple platinum "No More Tears" — will be celebrated with an expanded digital audio album due out September 17 (Sony). Two special editions — a 2LP black vinyl version and a special yellow and red 2LP vinyl version with a specially created booklet (exclusively at www.towerrecords.com) — will be released simultaneously. Pre-order the album here. Upon […]